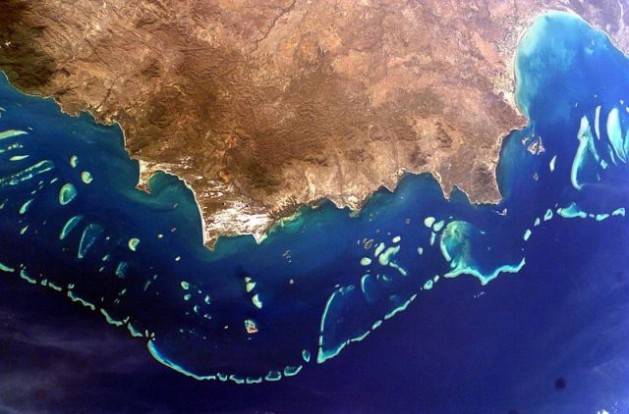 CAIRNS, Jul 9 2012 (IPS) - The planet’s richest region of coral and marine life, which feeds 130 million people, is in trouble.

More than 85 percent of the coral reefs in a huge triangular region encompassing Indonesia, Malaysia, Papua New Guinea, the Philippines and smaller Pacific islands are in decline or on the edge, according a new report.

Reefs in the six-million-square-kilometre “Coral Triangle” are incredibly important to coastal communities for food, livelihoods, and protection from waves during storms, said Lauretta Burke, senior associate at World Resources Institute and a lead author of the report released Monday at 12th International Coral Reef Symposium (ICRS) in Cairns, Australia.

Coral reefs are often called the rainforests of the oceans for the richness of species they harbour, representing 25 to 30 percent of all marine species. More than 2,000 scientists from 80 countries are sharing their research here in Cairns at this global symposium that convenes every four years.

Overfishing, fishing reefs with explosives, land-based pollution and the live fish trade are the local threats to reefs and the thousands of species that live in the Coral Triangle, Burke told IPS at the symposium.

“Explosives are used on overfished reefs to scoop up the last remaining fish. Poison chemicals are widely used to stun fish so they can be captured for the aquarium and live fish markets,” she said.

But the main global threat to reefs is from the use of fossil fuels, which is both heating up the oceans and turning them more acidic, weakening corals and making them more vulnerable to disease and storms, she said.

“The benefits reefs provide are at risk, which is why concerted action to mitigate threats to reefs across the Coral Triangle region is so important.”

Although the Coral Triangle covers only 1.6 percent of the ocean, it contains nearly 30 percent of the world’s coral reefs and more than 3,000 species of fish – twice the number found anywhere else in the world. More than 130 million people living in the region rely on reef ecosystems for food, employment, and revenue from tourism, the report found.

Without concerted action to address the threats, more than 90 percent of reefs in the region will be decimated by 2050, the report concludes.

Some 16 percent of reefs in the Coral Triangle are in marine protected areas (MPAs) but the report estimates that less than one percent of MPAs are fully effective at reducing threats such as overfishing and destructive fishing. This is substantially lower than the global average of 28 percent.

Lack of resources devoted to managing MPAs and the remoteness of many reefs makes protection and enforcement very difficult, Burke said.

A global study of reefs in the rest of the world found that on average 60 percent are under threat. Even Australia’s famous Great Barrier Reef, which many consider the best protected reef system in the world, is in decline.

“In my lifetime I have seen reefs disappear before my eyes,” Terry Hughes, director of the Centre of Excellence for Coral Reef Studies at James Cook University in Australia.

Nearly all the corals in the Caribbean Sea where Hughes started his marine science career have been destroyed by pollution, overfishing, coral bleaching and disease. Coral bleaching occurs when seawater temperatures rise to 30 degrees C or more. Climate change has already increased ocean temperatures 0.7 C degrees on average.

“I came to Australia’s as a kind of Caribbean reef refugee to work on the Great Barrier Reef,” said Hughes, who is also the organiser of the coral reef symposium here.

The Great Barrier Reef is the world’s largest reef system, with 3,000 reefs spanning 3,000 km along the east coast of Australia. Although protected as a marine park for decades, coral cover has declined 50 percent since 1960s due to human impacts from land-based pollution, bleaching and outbreaks of crown of thorns starfish that eats coral.

In 2009, the six countries of the Coral Triangle launched a special initiative to promote sustainable fishing, improve MPA management, strengthen climate change adaptation, and protect threatened species in the region. This is a great initiative and the right response to the threats to reefs in the region, said Burke.

“Our hope is that leaders of the Coral Triangle Initiative will use the data in our report to take stronger actions to protect reefs,” she said.

The public also plays an important role in pushing policy makers to make the right decisions to protect interests of future generations. Public awareness about the importance of coral reefs is key.

“I’d like to see people ask where the fish they are eating comes from. And for tourists to only stay at hotels that have minimum impact on the environment,” Burke said.

“Reefs are resilient – they can recover from coral bleaching and other impacts,” she added.