YEOSU, South Korea, Jun 22 2012 (IPS) - Oceans, seas and coasts provide over 200 million jobs globally, while 4.3 billion people get 15 percent of their intake of animal protein from the seas. Travel and tourism, ports and energy production use oceans and seas to create jobs and economic and social benefits for millions of people. 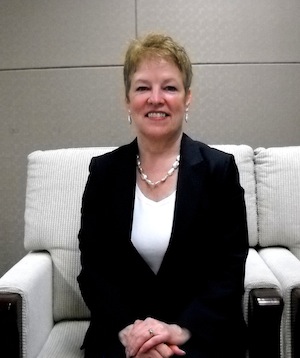 Over the last century a multitude of threats has eroded the ocean’s ability to sustain the benefits it can provide for present and future generations.

At the Earth Summit currently underway in Rio de Janeiro, however, many hope these issues take centre-stage.

On the sidelines of Expo 2012, Yeosu, South Korea, whose theme this year is ‘The Living Ocean and Coast’, IPS correspondent Manipadma Jena asked Wendy Watson-Wright, executive secretary of the Intergovernmental Oceanographic Commission (IOC), what steps need to be taken to manage the challenges facing oceans and how much of this to expect at Rio+20.

Q: What is IOC’s view on the present state of ocean acidification and what are the mechanisms for controlling it?

A: Ocean acidification is definitely one of the most important issues facing the planet today.

The oceans are now 30 percent more acidic than before the industrial revolution and as one of my colleagues says, ‘Oceans are already hot, sour and breathless’ – meaning, currently with climate change and absorption of carbon dioxide, the oceans are becoming warmer, more acidic and more hypoxic – with more dead zones in them now.

If we continue with business-as-usual oceans will be 150 percent more acidic by the year 2100. Already we are seeing the impact on marine organisms, their reproductive functions and mortality, which is most evident in the coral reefs. While we need to stop emitting as much as we are currently, we also need to know more about acidification’s impact on sea organisms. We need more observation.

We do have a global ocean observation system, but there is no observation network for ocean acidification which needs to be incorporated.

Q: We need more science, we need more research – how plentiful is funding for such activities?

A: Funding is forthcoming in those countries dependent upon the ocean, like the Small Island Countries – they do not have a lot of money, but are concerned and acting already. So are Monaco, Australia, Canada, the U.S. and Korea.

By hosting Expo 2012 (with the theme) ‘The Living Ocean and Coast’, (South) Korea is successfully directing world attention to the oceans. As land creatures we tend to think primarily in terms of land; oceans remain out of sight, out of mind. In most national capital cities where decisions are made, oceans do not figure in day-to-day activities so funding is that much (harder) to come by.

Q:  What is UNESCO doing about increasing awareness levels on oceans at the policy-making level and particularly at Rio+20?

I think that (our) planet is misnamed: it should be called planet Ocean and not planet Earth. Ahead of Rio +20, IOC – the ocean knowledge, data exchange and ocean services arm of the United Nations Educational, Scientific and Cultural Organisation (UNESCO) – led an inter-agency paper, ‘Blueprint for Ocean and Coastal Sustainability’, translated into five languages including Korean.

The IOC has also been hosting side events, including talks in the European Parliament on oceans in the Rio context.

Q: Where do you see the Yeosu Declaration in the context of Rio+20?

A: The Yeosu Declaration will be adopted on Aug. 12, 2012, after Rio+20 and it is probably good timing. I am hopeful that Rio will come up with something very strong on oceans and then countries sign the Yeosu Declaration saying we must look after oceans if we are to look after humanity – it will bring more attention to the crisis currently facing (the world’s) oceans.

Q: In the midst of the debate on oceans, are we adequately addressing the issue of fisher communities?

A: In our work at UNESCO-IOC we try to involve the local people, particularly in capacity building on coastal issues, for example in the tsunami warning system.

We are also giving importance to getting the oceans into the school education system; we teach the children and they teach the rest when they grow up. But I think all of us could do much better.

Q: Where do we stand on the Blue Carbon issue?

A: We are at the very beginning. Outside the scientific community few know that coastal ecosystems like mangroves and sea grass are much more efficient at sequestering carbon; this knowledge needs to be brought in to the ocean science community, to policy makers and most importantly, to communities who look after these ecosystems. Blue carbon holds a lot of promise.

Q: What, currently, is your most passionate project within IOC?

A: Right now, working towards creating awareness at Rio+20 about the fact that the global oceans observation system is critical. In order to make good science, so necessary for good policy, we need good observation. This, and ocean acidification, marine litter – including the major concern on micro-plastic litter in the marine environment – are my other interest areas.

Q: Will Rio+20 reach a sufficient conclusion on the issue of oceans?

A: I am very hopeful; and there is a lot going on. The World Bank launched its very inclusive global partnership for oceans. The U.N. Secretary General will announce at Rio+20 the Oceans Compact (a strategic vision for stakeholders, including the U.N., to collaborate and accelerate progress towards the goal of Healthy Oceans for Prosperity).

The focus of Rio+20 is civil society. The Brazilian government has launched a wide-reaching web-based dialogue on all thematic including oceans. I am very interested to see the outcome of these (efforts).