Human Right to Water and Sanitation Remains a Political Mirage 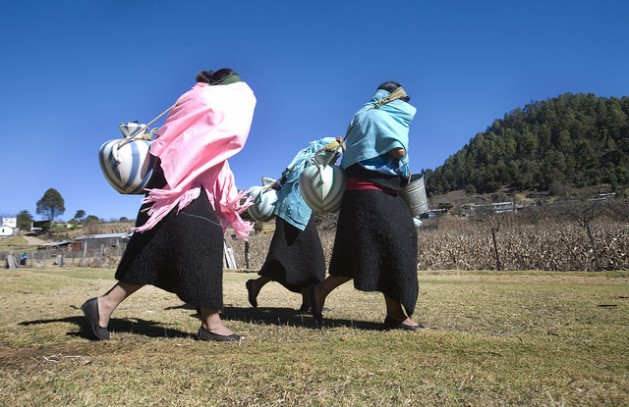 UNITED NATIONS, Aug 1 2012 (IPS) - When the 193-member General Assembly, the U.N.’s highest policy-making body, declared water and sanitation a basic human right back in July 2010, the adoption of that divisive resolution was hailed by many as a “historic” achievement.

But as the international community commemorated the second anniversary of that resolution last week, there was hardly any political rejoicing either inside or outside the United Nations.

“This human right is yet to be fully implemented,” complained a coalition of 15 international non-governmental organisations (NGOs), whose members describe themselves as “water justice activists”.

Demanding concrete action by individual governments, the coalition said, “As members of the global water justice movement, we are deeply concerned to see little progress being made towards the full implementation of this right.”

In a letter sent to member states, the 15 organisations said that as “governments aggressively pursue false solutions to the environmental and economic crises, the situation will only deepen the water injustices that our organisations and communities have been fighting for decades.”

The coalition includes the Council of Canadians, the Blue Planet Project, Food and Water Watch, National Alliance of People’s Movement of India, People’s Coalition for the Right to Water in Indonesia and Food and Water Europe.

The organisations, in collaboration with the Blue Planet Project, have produced a series of reports examining key obstacles to the implementation of the human right to water in several countries, including Argentina, Ecuador, Canada, Colombia, Indonesia, India, Palestine, the United States and countries in Europe.

In March, the U.N. children’s agency UNICEF and the World Health Organisation (WHO) released a joint report claiming that the Millennium Development Goal (MDG) target of halving the proportion of people without access to safe drinking water (spelled out under Goal 7 on environmental sustainability) has been reached well in advance of the 2015 deadline.

At the end of 2010, 89 percent of the world’s population, or 6.1 billion people, used improved drinking water sources, such as piped supplies and protected wells, according to the study titled “Progress on Drinking Water and Sanitation 2012.”

Tom Slaymaker, senior policy analyst at the London-based WaterAid, told IPS it is too early to say that the resolution on the human right to water has failed in its implementation.

“But two years on we have not yet seen the sort of step change in effort needed to reverse the historical neglect of water and, more particularly, sanitation in international development cooperation,” he added.

Slaymaker said the second “High Level Meeting of Sanitation and Water for All Partnership”, in April 2012, offered encouraging signs of increased political attention to the problem.

“But the resulting government commitments to get countries off-track to achieve the sanitation MDG back on track to meet the target in 2015 need to be backed up with the required financial resources to make progressive realisation of the human right to water and sanitation a reality,” he said.

A further key test, he pointed out, will be the extent to which emerging goals for development in the post MDG era take account of obligations relating to the human right to water and sanitation and set ambitious new targets for achieving universal access.

The resolution in the General Assembly proved politically divisive, with 122 countries voting for it and 41 abstaining, but with no negative votes.

The United States abstained and so did some of the European and industrialised countries, including Britain, Australia, Austria, Canada, Greece, Sweden, Japan, Israel, South Korea, Luxembourg, the Netherlands, Denmark, and Ireland.

In its letter, the NGO coalition said the recently concluded Rio+20 summit on sustainable development affirmed “full and unquestioned consensus among UN Member States regarding the human right to water and sanitation”.

“We are therefore demanding the full implementation of this vital human right, and remedies to the tremendous obstacles we are facing in all of our regions,” the letter added.

The letter refers to several regional chapters in a new report titled “Our Right to Water: A People’s Guide to Implementing the United Nations’ Recognition of Water and Sanitation as a Human Right” authored by Maude Barlow, chairperson of the Council of Canadians and former senior advisor on water to the 63rd president of the United Nations General Assembly.

These reports, the letters says, provide several regionally-specific recommendations to ensure the progressive realisation of the human right to water and sanitation.