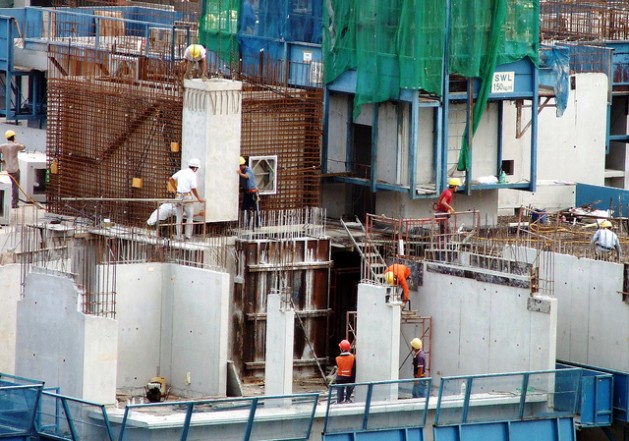 WASHINGTON, Oct 1 2012 (IPS) - The World Bank warned Monday that over the next decade and a half, the world will need to create 600 million new jobs, particularly in Asia and Sub-Saharan Africa, just to maintain current employment rates.

“But the numbers are only part of story,” Rama cautioned in a conversation with journalists Monday. “Social safety nets in many countries are too modest for people to be out of work for too long. In reality, most of the poor work long hours, but don’t make enough to make ends meet. So it’s not just the number of jobs, but also what people do.”

Releasing its flagship annual World Development Report (WDR) for 2013, this year focusing on jobs, the bank says that some 200 million people around the world are today unemployed. That number is particularly stark for young people: more than a third of those without a job are under 25 years old, while around 621 million young people today are neither at work nor in school.

Although this is only the second out of 34 WDRs to focus on jobs, Kaushik Basu, the bank’s new chief economist, says, “There is a compelling case for moving jobs centre stage” in the push for development. In fact, “Jobs themselves are a driver of development.”

Basu, who only took over his new position on Monday, has most recently been advising the Indian government on economics. Across South Asia, he says, the labour force grows by a million people every month.

Several recent events led bank officials to revisit the institution’s views on jobs, particularly the ongoing international financial crisis. Job creation is today driving policy and political discussions across the globe, including having defined the core of the hotly contested election here in the United States.

In addition, however, the popular uprisings across the Arab world, the strengthening waves of globalisation, as well as the broader changing relationship between technology and labour have each dramatically roiled the jobs scenario in many countries. Global trends today see the all-important share of agriculture in country economies falling significantly, even as the services sector continues to grow and as more countries urbanise.

Increasingly, Basu says, it doesn’t appear that growth alone – long the central priority for development institutions – is enough to bring people out of poverty, a point explored in the new WDR.

“The conventional wisdom is to focus on growth as a precondition for continued increases in living standards and strengthened social cohesion. But … the impact of growth on poverty reduction varies considerably across countries,” the report notes.

“If growth indicators captured the intangible social benefits from jobs, from lower poverty to greater social cohesion, a growth strategy and a jobs strategy would be equivalent. But a growth strategy may not pay enough attention to female employment, or to employment in secondary cities, or to idleness among youth. When potentially important spillovers from jobs are not realized, a jobs strategy may provide more useful insights.”

Indeed, the new analysis suggests that jobs serve as a “lynchpin” for achieving inclusive growth and spurring development. Around the world, most of those who get out of poverty do so through jobs.

“Jobs are not just the outcome of growth, we’ve found: development happens through jobs,” Rama, the WDR’s director, says. “Many of the things we were caring about in development were happening through jobs – poverty reduction, gender equality, urbanisation, global integration and even conflict (mitigation).”

Of course, which jobs have the greatest payoff inevitably depends on local and national circumstances. Still, the issue confronting policymakers, the WDR’s researchers suggest, is trying to identify which jobs are more transformational in bringing about these desired outcomes.

“(J)obs with the greatest development payoffs are those that make cities function better, connect the economy to global markets, protect the environment, foster trust and civic engagement, or reduce poverty,” the report notes. “Critically, these jobs are not only found in the formal sector; depending on the country context, informal jobs can also be transformational.”

The World Bank’s move to turn its data-crunching firepower on jobs has been widely lauded by civil society, particularly for how relatively neglected the issue has been in development circles in the past. However, there are differing views on how exactly the bank should take full advantage of that decision.

“The World Bank’s decision to focus its World Development Report 2013 on jobs is welcome,” Global Unions, an international network of trade unions, said in a recent statement. “The Bank should use the opportunity … to promote the understanding that creation of decent work must be at the centre of the development process if economic growth is to be broadly shared.”

Such a concept was agreed upon during the most recent meeting of the Group of 20 (G20) countries, in June in Los Cabos, Mexico. Global Unions is also urging the World Bank to move forward on another issue recently endorsed by the G20, that of “social protection floors and … the target of establishing such floors in all countries by 2020”.

Others have expressed anxiety that an increased focus on job creation could result in a weakened focus on workers themselves.

“(It’s) great that jobs are presented as the ‘hinge’ of development,” Duncan Green, a strategic advisor for Oxfam, an aid agency, wrote after the bank announced the new WDR theme. “But … it looks like that hinge will then be explored almost entirely in terms of improving the enabling environment for employers. That could easily end up producing a kinder, gentler tweak of the standard Washington Consensus: make it easier to hire and fire and otherwise ‘flexibilize’ the workforce.”

Green suggests focusing instead on an “enabling environment for workers, starting by asking them what makes for decent, life-enhancing jobs … Could the Bank develop a metrics for the ‘social return on employment’ to sit alongside more conventional indicators?”