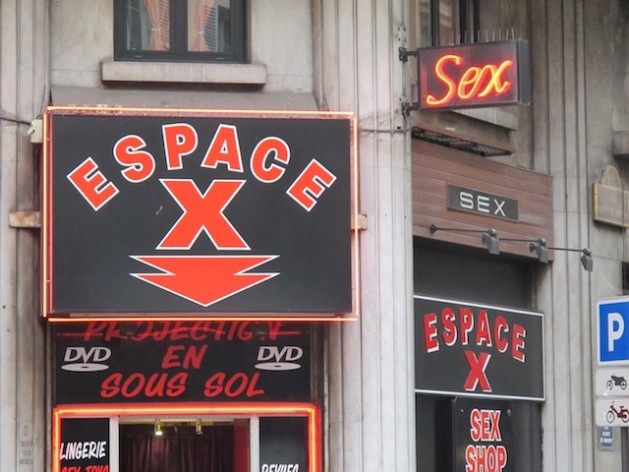 PARIS, Oct 24 2012 (IPS) - When French police broke up a Nigerian human trafficking ring that allegedly forced young migrant women into prostitution, the arrests cast a sharp light on the plight of what the authorities called “modern-day slaves”, here and throughout Europe.

Following the operation last month, police said that the criminal ring had trafficked young Nigerian women into France via Italy, and that the women were forced into prostitution to pay off thousands of euros in so-called debts to those who had arranged their smuggling.

These young women form part of the estimated 1.5 million victims of human trafficking in the European Union and other developed regions, according to the International Labour Organisation, which puts the global number of victims at close to 21 million.

In Europe, groups say the numbers are rising with the global economic crisis and conflicts in various regions, and they are pushing government officials to take action against trafficking and prostitution.

The Brussels-based European Women’s Lobby (EWL), which works for gender equality, launched a high-profile campaign ahead of the recent Summer Olympic Games that asked members of the European Parliament to come out against prostitution.

The group said that “thousands of young girls and women were at risk of trafficking and sexual exploitation to satisfy the demand for prostitution on the sidelines” of major sporting events such as the Olympic Games and the UEFA Euro 2012 football tournament in Poland and Ukraine.

“Amongst the many forms of violence against women, prostitution remains a key area where women’s rights are pervasively violated,” Pierrette Pape, the EWL’s policy officer and project coordinator, told IPS.

The EWL first began the ‘Together for a Europe free from prostitution’ campaign in 2010. As the largest umbrella organisation of women’s associations in the EU, it receives input and support from other groups, many of who will participate in EWL’s European conference on prostitution on Dec. 4 in Brussels.

“Prostitution constitutes a fundamental violation of women’s human rights, and is a form of male violence against women,” said Anna Hedh, a Swedish MEP who supports the campaign.

Nusha Yonkova, anti-trafficking coordinator at the Immigrant Council of Ireland, an EWL associate, told IPS that migrant women who get involved in the commercial sex trade face multiple challenges.

These include “insecurity in relation to the immigration status (such as) the potential breach of immigration law on top of prostitution-related law; criminalisation by the state; isolation and lack of friends; disorientation from the constant movements around brothels in different towns; vulnerability to extortion and blackmail; control by pimps and advertisers and lack of medical care (apart from certain clinics for sexually transmitted diseases).”

The EWL added that migrant women also face hurdles to their “effective integration” into the labour market.

“This goes beyond simply finding employment but includes obtaining work that utilises and values their qualifications and skills,” the group told IPS.

Migrant women “tend to find work in traditional women’s roles…where they often work long hours for low pay and may be at risk of being severely exploited, especially if (they are) working in households.”

Throughout the EU, many migrant women and men are also denied the right to work in the formal labour market because of their legal status as asylum-seekers, joining spouses or undocumented migrants, EWL says.

“Long periods of denial of the right to work, as is the case for asylum-seekers, have proven to be a huge obstacle to their future integration into the labour market,” the group says.

In Ireland, a country that produced huge migrant populations of its own over several generations, migrant women are in a “very precarious” situation, according to Yonkova of the Immigrant Council.

“The work permit is expensive and almost impossible to get because almost all categories of work are ineligible for non-EU nationals at present,” she told IPS.

“Most women in prostitution are trying to maintain a student status in Ireland but this is also difficult because the courses are expensive and the renewal requires attendance, which these women usually cannot demonstrate. They are becoming additional prey to ‘immigration consultants’ who are trying to arrange for them fake college credentials and statements.”

The Immigrant Council says, “There are on average 1,000 women in the Irish sex industry on any given day.”

However, the group adds that it “cannot estimate how many of them turn to prostitution or how many are compelled by other people or blackmailed or threatened, and how many are minors (which we see all the time)”.

Even in cases where women do obtain some money from prostitution, this hardly amounts to a livelihood, advocates say.

“We want to note that the Irish migrant organisations that advocate for rights of migrants do not accept prostitution as ‘livelihood’. We deplore voices that advocate for the rights of poorer migrants to sell themselves in order to earn a living, (without offering) them any real occupational possibilities. This is (…) inherently racist,” Yonkova said.

Migrant women involved in the sex trade in Europe originate from diverse regions. In Ireland, they come mainly from Latin America, the “poorest Eastern countries (including the ghettos of EU member states)”, with others travelling from Brazil, Romania and Nigeria as well, the Immigrant Council says.

In Belgium, where the EWL is based, women in prostitution mainly come from Bulgaria, Albania and Romania. “We now see women from Hungary, Italy and Greece, which really shows that the system of prostitution exploits the most vulnerable,” the group told IPS.

Italy and Greece, for instance, have both seen their economies decline and have had to introduce unprecedented austerity measures.

In France, where prostitution itself is not illegal – but pimping and brothel ownership are – some 70 percent of the country’s estimated 20,000 prostitutes are foreigners. They come mainly from Central and Eastern Europe, as well as from sub-Saharan Africa.

A number of French lawmakers are attempting to outlaw prostitution, a move that many sex workers themselves have opposed.

In July, sex workers and rights activists took to the streets in Paris and other cities to demonstrate against a proposal by France’s new Women’s Rights Minister, Najat Vallaud-Belkacem, to penalise those caught soliciting prostitutes on the street.

The workers said that criminalising prostitution would ostracise them further from society and take away their meagre livelihood.