BHUBANESWAR, India, Oct 4 2012 (IPS) - The eleventh meeting of the Conference of the Parties to the Convention on Biological Diversity (COP 11 CBD) approaches amidst a hailstorm of public protest against the ‘tragedy of the commons’ – the rapid loss of biodiversity in forests, oceans and indigenous community farmlands. 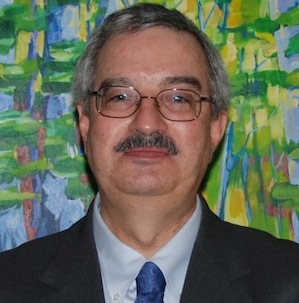 Ten thousand people are expected to attend the global event, which promotes the motto ‘Nature protects if she is protected’, scheduled to run from Oct. 8-19 in southern India’s information technology hub, Hyderabad.

During this time, 193 member countries will assess progress made in translating the Aichi Targets – adopted at the last COP CBD held in Nagoya, Japan, in 2010  – into revised National Biodiversity Strategies and Actions Plans, and discuss resource mobilisation strategies to implement them.

With so much at stake, Braulio Ferreira de Souza Dias, executive secretary of the Montreal-headquartered Convention on Biological Diversity, has a lot on his plate.

With three decades of combined experience in scientific training and extensive negotiation experience on biodiversity issues, Dias spoke with IPS correspondent Manipadma Jena about which issues CBD will push for and what he hopes can be achieved at the COP 11.

Q: What are some of the reasons for governments’ inability to meet their commitments on containing rapid biodiversity loss?

A: The third Global Biodiversity Outlook in 2010 assessed that we were making little progress implementing the biodiversity agenda, and the main drivers of biodiversity loss were still going strong.

Country policies are still promoting land conversions, degrading ecosystems to enhance food – including from oceans – and energy production, in unsustainable ways. Climate change and ocean acidification have exacerbated the situation.

Although we see an increase in commitment from governments and civil society on the need to protect nature and enhance biodiversity conservation, we still see a mismatch between these commitments and (real) action.

Q: The most exploited areas, and also those witnessing the maximum loss of biodiversity, are the community commons. How can this be rectified?

A: Overfishing is a classic example of the tragedy of the commons and loss of biodiversity in the oceans is increasingly becoming more evident. One of the targets we agreed to in Nagoya is for countries to reform their economic instruments that negatively impact biodiversity and ecosystems.

Unsustainable fishing receives subsidies in most countries for fishing vessel fuels and also for shipbuilding. We need to remove subsidies, utilise those funds (for promoting alternate livelihoods for fishers, for instance) and also create temporary no-go areas, for depleted fish species to restock.

We know what needs to be done to change the current situation. Unfortunately, policies and economic instruments globally are still promoting ‘business as usual’ models that do not enable sustainability.

Q: Is it possible to devise a legal system that can protect traditional indigenous practices from the crippling impacts of intellectual property rights in globalised markets?

A: That is what we hope. After many years of very hard negotiation, the CBD was instrumental in arriving at the Nagoya Protocol on Access and Benefits-sharing in 2010, which introduced the concept of economic benefits-sharing with those who are the custodians of biodiversity, who are mostly indigenous communities from developing countries.

Before this, India, Brazil and Australia had put in place national rules for access and benefits-sharing that were against bio-piracy. The fact is that most companies in developed countries did not feel obliged to meet these requirements because there was no global rule in place.

Q: Where does the CBD stand in getting the required number of countries to ratify the Nagoya Protocol?

A: We need at least 50 countries of the 193 Parties to the CBD to ratify the Nagoya Protocol in order to acquire legal status. We have 92 signatures but only five countries have completed all formalities required to ratify the protocol, while we have information that 12 more will probably ratify by the end of this year. This will, however, only make for a third of all ratifications needed. I hope by COP 12 in 2014 we will have the rest.

Our emphasis currently is to promote awareness, capacity building and consultations with different global sectors such as health, agriculture and biotech, so that governments have all the information they need to ratify the protocol and promote necessary domestic changes.

Q: In the meantime, what other mechanisms can governments immediately adopt to halt the alarming rate of biodiversity loss, and protect local communities?

This is a desirable participatory process advancing the issue of socio-economic equity and has the win-win outcome of enhancing biodiversity conservation and the livelihoods of local communities.

Namibia has already executed 70 such formal ‘conservancy’ agreements with local communities. Bolivia, Australia, Brazil and Mexico, too, have success stories. At COP 11, CBD will launch a study summarising these positive experiences over a full day of discussion, (in an effort to encourage) countries to adopt the mechanism.

Q: What role do you see for women globally in the preservation of biodiversity?

A: Women, especially in indigenous communities, provision food in families, rear children and are the custodians of a traditional relationship with nature and of collective knowledge about food production systems. It is very important to ensure we can count on this knowledge for better management of biodiversity conservation by recognising (women’s) role and encouraging participation in decision-making.