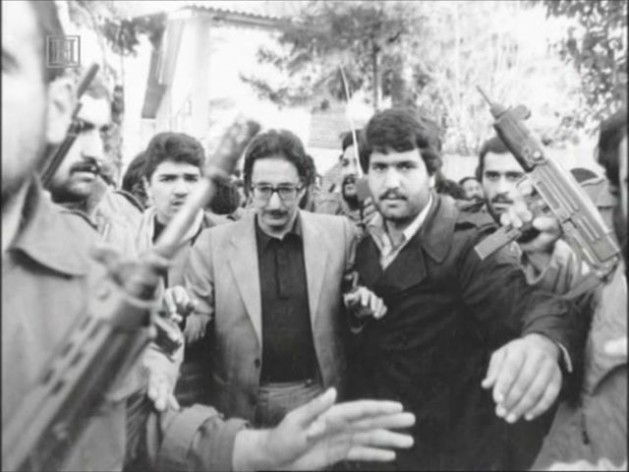 NEW YORK, Nov 26 2012 (IPS) - I have never read a book quite like this. “Becoming Enemies” is the latest product of the indispensable National Security Archive, the Washington non-profit that has given new meaning to the Freedom of Information Act.

They not only use their skills to get major U.S. policy documents declassified, but they take those documents and find innovative ways to illuminate important historical episodes. This book is a living example.

It covers the period of the Iran-Iraq war, during which U.S.-Iran relations hardened into the seemingly permanent enmity that has characterised their relations ever since. NSA assembled a group of individuals who were deeply involved in the making of U.S. policy during that time, backed up by a small group of scholars who had studied the period.

They provided them with a briefing book of major documents from the period, mostly declassified memos, to refresh their memories, and then launched into several days of intense and structured conversation. The transcript of those sessions, which the organisers refer to as “critical oral history”, is the core of this book.

No one can emerge from this book without a sense of revelation. No matter how much you may know about these tumultuous years, even if you were personally involved or have delved into the existing academic literature, you will discover new facts, new interpretations, and new dimensions on virtually every page.

I say this as someone who was part of the U.S. decision-making apparatus for part of this time and who has since studied it, written about it, and taught it to a generation of graduate students. I found little to suggest that my own interpretations were false, but I found a great deal that expanded what I knew and illuminated areas that previously had puzzled me. I intend to use it in my classes from now on.

Iranians tend to forget or to underestimate the impact of the hostage crisis on how they are perceived in the world. Many Iranians are prepared to acknowledge that it was an extreme action and one that they would not choose to repeat, but their inclination is to shove it to the back of their minds and move on.

This book makes it blindingly clear that the decision by the Iranian government to endorse the attack on the U.S. embassy in November 1979 and the subsequent captivity of U.S. diplomats for 444 days was an “original sin” in the words of this book for which they have paid – and continue to pay – a devastating price.

Similarly, U.S. citizens tend to forget their casual response to Saddam Hussein’s invasion of Iran, our tacit acquiescence to massive use of chemical weapons by Iraq, and the shootdown of an Iranian passenger plane by a U.S. warship, among other things.

The authors of “Becoming Enemies” remind us that, just as Americans have not forgotten the hostage crisis, Iranians have neither forgotten or forgiven America’s own behaviour – often timid, clumsy, incompetent, or unthinking; but always deadly from Iran’s perspective.

It is impossible in a brief review to catalogue the many new insights that appear in this book for the first time. However, one of the most impressive sections deals with the so-called Iran-contra affair – the attempt by the Reagan administration to secretly sell arms to Iran in the midst of a war when we were supporting their Iraqi foes.

This, of course, exploded into a major scandal that revealed criminal actions by many of the administration’s top aides and officials and nearly resulted in the impeachment of the president. The official position of the administration in defending its actions was that this represented a “strategic opening” to Iran.

Participants in this discussion, some of whom had never before publicly described their own roles, dismissed that rationale as self-serving political spin. President Reagan, they agreed, was “obsessed” (the word came up repeatedly) with the U.S. hostages in Lebanon and was willing to do whatever was required to get them out, even if it cost him his job.

Moreover, the illegal diversion of profits from Iran arms to support the contra rebels in Central America was, it seems, only one of many such operations. The public focus on Iran permitted the other cases to go unexamined.

Another striking contribution is the decisive role played by the U.N. secretary-general and his assistant secretary, Gianni Picco (a participant), in bringing an end to the Iran-Iraq war. This is a gripping episode in which the U.N. mobilised Saddam’s Arab financiers to persuade him to stop the war, while ignoring the unhelpful interventions of the United States. They deserved the Nobel Peace Prize they received for their efforts.

There are, however, some lapses in this otherwise exceptional piece of research. One of the “original sins” of U.S. policy that are discussed is the U.S. failure to denounce the Iraqi invasion of Iran on Sep. 22, 1980, thereby confirming in Iranian eyes U.S. complicity in what they call the “imposed war”. I am particularly sensitive to the fact that the discussion of the actions of the Carter administration in 1980 is conducted in the absence of anyone who was actually involved.

Those of us in the White House at the time would never have failed to recall that direct talks with the Iranians about the release of the hostages had begun only days earlier. So there was for the first time in nearly a year a high-level authentic negotiating channel with Iran.

My own contribution to the missed opportunities that are enumerated at the end of the book would, in retrospect, have been our lack of courage or imagination to use our influence with the United Nations Security Council to bargain with Iran for immediate action on the hostages. If we had taken a principled position calling for an immediate cease-fire and Iraqi withdrawal, the entire nature of the war could have been transformed.

To my surprise, Zbigniew Brzezkinski, my boss at the time, sent a personal memo to President Carter (which I had never seen until now) that argued for “Iran’s survival” and held out the possibility of secret negotiations with Tehran. This was a total revelation to me, and it was so contrary to the unfortunate conventional wisdom that Brzezkinski promoted the Iraqi invasion that even the authors of this book seemed at a loss to know what to make of it.

The other huge disappointment with this initiative, which is not the fault of the organisers, was the absence of any Iranian policymakers. Iranian leaders and scholars should read this book. Perhaps one day their domestic politics will permit them to enter into such a dialogue. That day is long overdue.

*Gary Sick is a former captain in the U.S. Navy, who served as an Iran specialist on the National Security Council staff under Presidents Ford, Carter, and Reagan. He currently teaches at Columbia University. He blogs at http://garysick.tumblr.com.