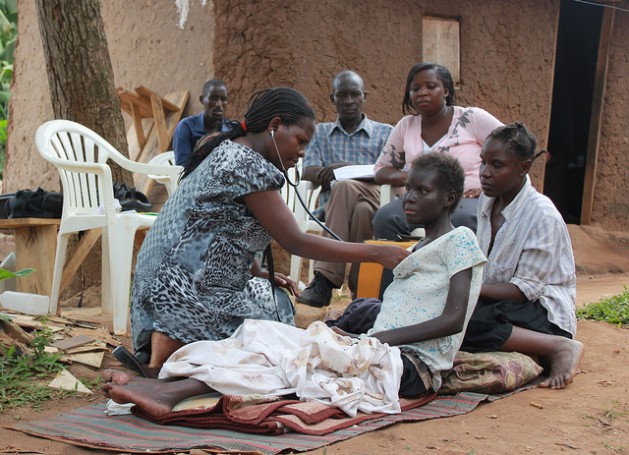 WASHINGTON, Nov 29 2012 (IPS) - At perhaps a critical turning point in the global fight against HIV/AIDS, the U.S. government, the single largest funder in that fight, on Thursday unveiled a major new strategy for pushing towards achieving an “AIDS-free generation”, the stated U.S. goal.

The far-reaching new blueprint for what’s known as the President’s Emergency Plan for AIDS Relief (PEPFAR) is being widely lauded, yet little attention has been given to a document, published in October, that stipulates how new PEPFAR funding can be used. According to that guidance, “PEPFAR funds may not be used to purchase family planning commodities.”

While this would include a broad set of contraception, under PEPFAR definition, condoms – a central component in comprehensive AIDS-prevention strategies around the world – are not considered “family planning”, and thus the ban does not apply to condom procurement.

Still, such a line was not included in a similar directive offered last year, and some now say that it indicates President Barack Obama’s capitulation to conservative forces in the United States – with potentially negative ramifications on the ground.

“The language in the guidance was put there to make clear what exactly (PEPFAR) could and couldn’t pay for – that’s problematic,” Mary Beth Hastings, with the Center for Health and Gender Equity, a Washington advocacy group, told IPS.

A PEPFAR spokesperson told IPS that “There’s no gap in need” for family planning, and that “there are other entities, particularly USAID, that meet that need. We’re very interested in integrating our services.”

But Hastings notes that many countries in Africa and Latin America, for instance, lack any state funding for family planning, and may or may not receive related assistance from USAID. However, nearly all do receive financial support from PEPFAR.

It’s important to note that the family planning issue is only a small aspect of PEPFAR’s overall vision. The new blueprint has received widespread praise from the most important players in anti-AIDS medicine and advocacy, though many caution that, as always, success will depend on implementation.

Of particular note is an aggressive new focus on a spectrum of touchy subjects, including sex workers, men who have sex with men, and users of injectable drugs, as well as a central prioritisation on the traditional discrimination against these groups.

“When discrimination, stigma, and other factors drive these groups into the shadows, the epidemic becomes that much harder to fight,” U.S. Secretary of State Hillary Clinton said Thursday morning, unveiling the blueprint. “That’s why we are supporting country-led plans to expand services for key populations, and bolstering the efforts of civil society groups to reach out to them.”

Yet while this renewed willingness on the part of the U.S. government to advocate for progressive social change in other countries is potentially critical in the fight against AIDS, the problematic issue of family planning underlines a discrepancy in the political will to mould opinion at home.

By far the largest single part of the United States’ global health budget, PEPFAR, created in 2003 by former president George W. Bush, has had an authorised budget of some 63 billion dollars over the past decade. And while political support for PEPFAR has always been notably bipartisan, it still represents a problematic issue for some conservatives in the U.S. government.

“There’s always been pressure from conservatives on the U.S. government to consider family planning as akin to abortion,” Hastings says. “In turn, the Obama administration is sensitive to Congress’s desire not to spend this money on anything other than HIV. If they were to specifically come out and say that they were planning on funding contraception, there would be a reaction.”

During the 2008 re-authorisation of the PEPFAR budget, for instance, conservative members of the U.S. Congress dubbed the legislation the “abortion bill” and succeeded in getting family planning dropped from the final version. Importantly, PEPFAR’s current budget will run out in 2013, requiring another round of re-authorisation from Congress.

The 2008 tussle was actually a continuation of the intense backroom negotiations that took place following President Bush’s initial 2003 proposal.

According to Jon O’Brien, president of Catholics for Choice, a Washington advocacy group, the conservative President Bush was at the time under tremendous pressure for having put forth such a bold initiative. Eventually, a lobby group spearheaded by the U.S. Conference of Catholic Bishops said it would work to sink the proposal unless family planning was taken out of PEPFAR’s mandate.

“Even the AIDS advocates weren’t willing to stand strong because of the huge ramifications of PEPFAR,” O’Brien told IPS. “The idea was to go back one day and change this, but what’s happened since is deafening silence from President Obama on family planning.”

O’Brien notes that while these initial agreements were put in place under Republican control, President Obama has been well aware of the “damaging shortfalls” of not fixing the family planning clauses.

“Now, not only did they not fix it, but the Obama administration has put the ban on family planning in concrete,” he says. “Any smart prevention strategy is tailored to meet the needs on the ground, not the distressingly common desire to placate one or another conservative group.”

In fact, the new PEPFAR blueprint does lay out a far more progressive stance on family planning, noting in part that the programme will “Provide voluntary family planning and safer pregnancy counseling for HIV-positive or discordant couples who desire pregnancy.”

Indeed, the October guidance itself notes a “significant unmet need for voluntary family planning … worldwide” and cautions, “Among women infected by HIV, there is strong evidence to suggest that they have less access to family planning.”

Yet O’Brien says that “the rhetoric doesn’t match the reality.” He continues: “It’s not enough to say we mean to change it – at the end of day, if you’re a woman in a rural area and you need family planning, such rhetoric is not enough. The administration needs to walk the walk.”