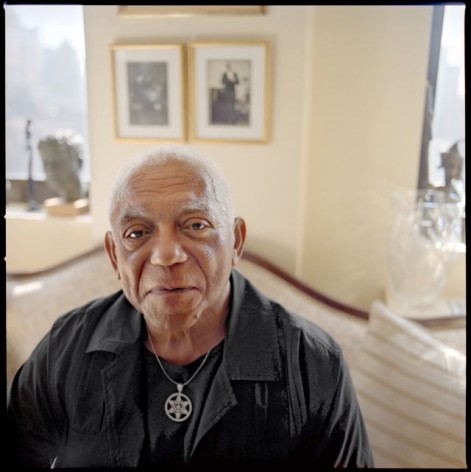 ATLANTA, Georgia, Nov 26 2012 (IPS) - When HIV/AIDS first emerged in the 1980s, the stereotypical image of a person living with the disease in the United States was a young or middle-aged white homosexual male.

For decades, that stigma has persisted, although today it includes people of colour.

In reality, though, a near-majority of those in the U.S. with the disease are much older, including those who have had HIV or AIDS for as long as 20 or 30 years; those who contracted the disease later in life; and those who may have had HIV for a long time but simply were not aware of it.

New studies show that more than half of U.S. residents with HIV or AIDS will be 50 years of age or older by 2015.

“So many traditional HIV prevention efforts are targeted at younger adults and adolescents,” Jeff Graham, executive director of Georgia Equality, told IPS. “They (older people) may not see themselves as at risk even though they’re being sexually active.”

I was always working on my music. That was a part of who I was. I was practicing instead of going out to play baseball or do sports. That was in Birmingham, Alabama. And I left Birmingham when I was 16. Graduated Wheaton College with a Bachelors of Music degree and in piano. I finished the PhD and went off to Germany as a Fulbright scholar and stayed in Germany for 18 years. Where I performed, taught. I had my first engagement in the Wiener Volksoper and Kammeroper in Vienna.

I suppose that my living in Europe allowed me to really become aware and accepting of my status as not just a heterosexual but as a bisexual. And that was, of course, after marriage, after a son… and then divorcing.

The chorale was my last attempt at anything professional. It really was an incredible and exciting time, making a difference in the lives of others, as well as in my own life. To inspire men who had the virus and give them an outlet for their talents. And I think it also helped in the healing and the well-being of each individual.

And the sound was just incredible—mature voices, and they were all spirituals. It was so emotional and inspirational… But we didn’t get very far. I had to actually disband the chorale because I had become ill. Again… One illness after the other. One bout with this or that. Cancer, skin cancer, pneumonia… It has ruined my life for the last 15 years.

I lived more than a year and a half with measurable two T-cells. I heard all from ‘he has another year,’ ‘he has another month,’ ‘if he lives this month out, he’ll be lucky’… But today I feel like, that is certainly not the case any longer. And even if I were to die tomorrow or the next day, I don’t have that sense of doom and destiny. I really learned about my body. Not only scientifically, but also being able to listen to your body.

I think meditation is a part of how I keep my centre. With all the pills and all the drugs and all the radiation and all the stuff that I’ve gone through, I’ve always used a certain amount of alternative aides that were not a part of the normal HIV routine. I think that’s one of the real main reasons that I’m still alive today. Fifteen years later. Somewhat healthy, which is pretty cool. I have more energy… and bouncy, and perky, and running and ripping, and doing things I have not been able to do for a very long time.

Now it is about living for me. It is about happiness. It is about trying to experience as much of life’s beauty that I can experience in the next… in the rest of my life. It would be also about companionship, about sharing with someone. And I believe it will happen. I’m at that crossroads at the moment. And it’s a beautiful time in my life.

A number of factors contributed to this demographic shift: improvements in AIDS medications that are allowing people with the disease to live longer; improvements in education efforts geared towards younger people in the U.S. about the disease and how to prevent it, for example, through safer sex; and the aging of the U.S. population in general.

“In certain parts in Florida, they have seen an increase in people testing HIV-positive for the first time who are retirees, who don’t think of themselves as at risk for any sort of sexually transmitted disease or HIV,” Graham said.

A 2006 study of 1,000 people over the age of 50 living with HIV in New York City helped to inspire an art project called the Graying of AIDS, which examines, through photography and interviews, first-person accounts of being an older person in the U.S. with HIV or AIDS.

The Graying of AIDS began as an essay by Katja Heinemann in Time magazine, and evolved into a website and exhibit that was featured at the last global HIV/AIDS conference in Washington. Today, Naomi Schegloff serves as co-director.

One reason older people tend not to see themselves at risk for HIV and AIDS is because a lot of public health campaigns are targeted at younger people, both in the U.S. and globally, Schegloff told IPS.

“Cross-culturally, people don’t want to admit older people are having sex,” she said.

“It’s very uneven how the age ranges are collected. In many places the statistics only go up to 49,” Schegloff said.

“It’s true at the beginning of the epidemic people would never had dreamed that people would live so long, that we could think of people living 30 years, aging with HIV,” she said. “People are living much longer – it’s a wonderful thing. Some of the people we’ve talked to have had HIV since almost the beginning.”

One of the unique challenges facing older adults with HIV or AIDS is that they may also be on medications for other diseases, which are often associated with age.

“A lot of studies on medications are based on (the premise that) that’s the only medicine they’re on,” Schegloff said.

“Certainly one of the challenges that older people living with HIV are going to have is they’re more likely to have a variety of other medical conditions – diabetes, heart disease, diseases of the lung, other conditions and diseases that tend to strike the elderly. That means more medications to take, needing to be aware of side effects, how different medications interact, because there haven’t been a lot of studies done,” Graham said.

“You’ve got the added stigma, if you are living in a retirement community of some sort, and feeling additionally isolated and stigmatised because of your HIV status. There may not be the same types of support networks available for older folks as there are for middle aged folks and young adults,” Graham said.

Doctors who serve older patients may not even think to test for HIV, even if the patients have symptoms that in a younger person might prompt a doctor to do so.

For example, if an older woman complains of fatigue and hot flashes, the doctor may assume it is probably due to menopause.

There is also a category of older adults who are not practicing safer sex. If they are no longer at risk of pregnancy, they may not be using condoms, Schegloff said. In fact, older women of colour are one of the groups with the most rapidly increasing rate of HIV in the U.S.

Another factor contributing to the graying of AIDS is “condom fatigue among older gay men who’ve been practicing safe sex for many years and are finally over it with the condom,” Schegloff said.

One theme that came out of the art projects is the fear older people have of dying alone and how that can be exacerbated by HIV and AIDS, if people’s partners or friends have died from the disease.

Many older people in the U.S. also lack the financial resources to cope well with the disease, living on Social Security with little or no savings.

Asked what should be done to address the graying of AIDS, Schegloff replied, “One obvious recommendation to get rid of the age cap on who should receive education and testing services.

“I would love to see more education among health care and social services providers around ageism and HIV-related stigma, as people constantly send messages that can be hurtful to older adults,” she said.