Q&A: COP18, Another ‘Conference of Polluters’ 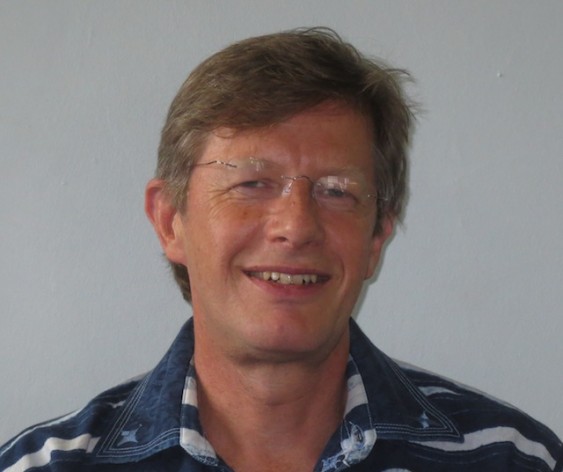 BULAWAYO, Zimbabwe, Nov 27 2012 (IPS) - There is no political will among rich nations to find funding for developing countries experiencing the brunt of changes in global weather patterns, and the current climate change conference will fail to do so, according to Professor Patrick Bond, a leading thinker and analyst on climate change issues.

“The elites continue to discredit themselves at every opportunity. The only solution is to turn away from these destructive conferences and avoid giving the elites any legitimacy, and instead, to analyse and build the world climate justice movement and its alternatives,” Bond, a political economist and also the director of the Centre for Civil Society at the University of KwaZulu Natal in South Africa, told IPS.

As the 18th Conference of the Parties (COP18) to the United Nations Framework Convention on Climate Change (UNFCCC) began in Doha, Qatar on Monday Nov. 26, Bond described past COPs as “conferences of polluters”. He believes COP18 will be no different.

“Qatar is an entirely appropriate host country for the next failed climate conference. On grounds of gender, race, class and social equity, environment, civil society voice and democracy, it’s a feudal zone, and the Arab world’s best mass media, Doha-based Al Jazeera, can’t tell the truth at home,” said the professor and author of the book, “Politics of Climate Justice”.

Q: What is in it for Africa? What is Africa likely to get or to lose from this conference?

A: The most hopeful opportunity is that with the passing of (Ethiopia’s prime minister) Meles Zenawi a few months ago there is a chance for fresh leadership, unencumbered by revelations about Washington’s influence.

Meles was unveiled as purchasable in the WikiLeaks’ U.S. State Department cables from February 2010 … Meles’ pro-Washington stance meant that though he was the loudest official African voice for climate debt and lower northern emissions, it was hard to take the continent seriously.

Sadly, since the quietening of the eloquent Sudanese voice from Copenhagen, Lumumba di Apeng (Sudanese diplomat and chief negotiator for developing countries at COP15), no African leader has made a positive impression.

And though there is a possibility that adaptation funding may flow a bit more to Africa, evidence so far confirms that the West pays elite Africans instead of the people most adversely affected. The Qatar meeting won’t change these crippling problems.

Q: What progress do you anticipate on the Kyoto Protocol in Doha?

A: None at all. The only hope they have is to boost the Green Climate Fund – but already the main polluters like the U.S. have signalled that in spite of Hillary Clinton’s 100 billion dollars a year promise at Copenhagen in 2009, they won’t support it financially, so it is empty and cannot begin to meet either mitigation or adaptation requirements.

Q: From your writings, you hold quite strong views about the Green Climate Fund. Why?

A: Although a vast “climate debt” payment mechanism from the global north to the global south is urgently required, probably on the scale of a trillion dollars a year, we must be critical of the proposed Green Climate Fund from the outset, because its huge potential was destroyed even at the level of design.

This is in part because African elites like the late Zenawi and (South Africa’s former minister of finance) Trevor Manuel played critical co-chairing roles from 2009 through last year.

Because of their pro-market ideology, Manuel especially bought into the insane argument that emissions trading can provide up to half the fund’s revenues, when in reality, these markets are sputtering to their deaths, as witnessed in 2010 at the main U.S. market, in Chicago, and the collapse of the European market over the past 18 months.

That means that there’s insufficient pressure on the north to raise funds through penalising polluters by fining – and then rapidly banning – emissions. It is also likely that the fund’s tiny revenues will be squandered on what we term “false solutions” – a variety of corporate-designed gimmicks to allow them to continue polluting.

What is needed is wide-ranging investment in a post-fossil society, as well as a reparations mechanism to get resources to people suffering from climate change – such as a “basic income grant” for those in affected areas, without interference by the likes of local tyrants – and one leading pilot study for this comes from rural Namibia, funded by German churches, whose results are most encouraging.

Q: How are we doing then on global climate governance?

A: As the (COP17) Durban disaster proved, the idea of global management of the climate catastrophe, given the present adverse balance of forces, is farcical in general…

It is beyond doubt now that any progress at the multilateral level will require two things: first, a further crash of the emissions trading experiment, so as to finally end the fiction that a market run by international bankers can solve a problem of planet-threatening pollution caused by unregulated markets; and second, a banning of delegations from Washington – the U.S. government and Bretton Woods Institutions – since that’s the city most influenced by climate denialists. Hence every move from the U.S. State Department amounts to sabotage. 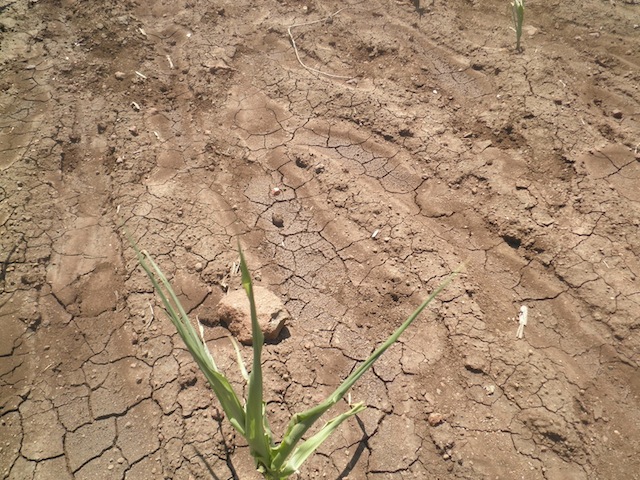 Can COP18 in Doha deliver a deal that can save Africa from food insecurity as a result of climate change? Credit: Busani Bafana/IPS

Q: What of the 2012 climate change negotiations prior to Doha?

A: For every tip-toe step forward taken in Durban – in a context in which during this century, 200 million additional Africans are expected to die early because of extreme droughts and floods – there were reversals by leaps and bounds…

Because of WikiLeaks, we know in great detail that the U.S. State Department is slyly bribing even the occasional courageous delegation, such as the one from the Maldives right after the Copenhagen fiasco. So given the degree of bribery, bullying and corruption from Washington, why would we expect the COP system to suddenly become functional?

Q: What is the future of climate change negotiations?

A: To sum up, the 1987 Montreal Protocol should have immediately been expanded to incorporate greenhouse gases, but instead, because Washington insisted on ineffectual carbon trading a decade later in Kyoto – we have simply not seen an appropriate degree of political will and strategic sophistication, and until this changes, we will not be successful at the multilateral scale.

That means the future of any potentially successful negotiations is actually between activists and the popular support they rally to the cause on the one hand, and governments – and the corporations that often control those governments – on the other.

Even public consciousness has shifted quickly, as a result of extreme weather in the most backward regions of the world, like the northeastern U.S. These are the only bright lights in the world’s efforts to halt climate change, and I feel that if more people know these stories, they would lose their despondency and take action against both their local polluters and crony-corporate governments.