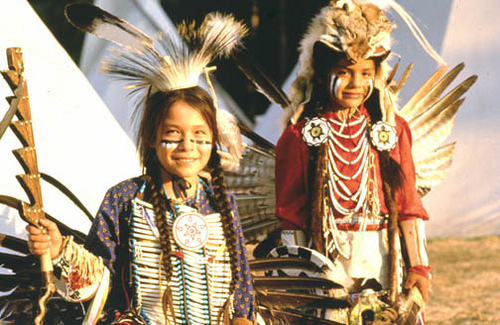 WASHINGTON, Nov 28 2012 (IPS) - After 17 years in litigation, the U.S. government has announced that hundreds of thousands of Native Americans will soon be receiving payments from what has been described as the United States’ largest class-action lawsuit, which accused the government of massive mismanagement of trusts covering indigenous peoples’ monies and lands.

In total, the settlement will amount to some 3.4 billion dollars, about half of which will now go to 350,000 individuals across the country. According to the plaintiff’s lawyers, initial checks of 1,000 dollars each should be in the mail before Christmas.

“The settlement is finally final – even Monday morning there was still speculation that there may be another kink in the works,” Sherry Salway Black, director of the Partnership for Tribal Governance, part of the National Congress of American Indians (NCAI), said during a teleconference Tuesday. “But I’m very happy to note that it is settled.”

Additional funds will be paid out to Native American (also known as American Indian) landowners whose land assets were similarly mis-valued, in a process that will take place over the next six months. Another 60 million dollars will be put towards Native American higher education.

Finally, nearly two billion dollars has been set aside to address so-called “fractionated” lands, affecting around 260,000 people who over decades have come to possess only tiny sections of lands that were originally collectively owned. This consolidation process is supposed to be finished within the next decade.

The lawsuit was originally launched in 1996, in part by a Native American woman named Elouise Cobell, who died late last year. She and her co-litigants accused two departments of the U.S. government of mismanagement of what are known as Individual Indian Money accounts, made up of the assets of individual Native Americans.

While these assets were, out of historical compunction, meant to be held and overseen by the government as a trustee, Cobell said the government had for years misrepresented the total amount of assets and, hence, both underpaid rightful recipients and used some of the remainder for the government’s own purposes.

There has been discrepancy over how many people were actually impacted upon by government malfeasance, with the plaintiffs suggesting upwards of a half-million and U.S. officials suggesting only half that much. Likewise, the actual amount of money owed was and remains hotly debated, with some pushing for nearly 200 billion dollars.

In 2009, the 3.4-billion-dollar figure was agreed upon by both sides, and President Barack Obama approved the settlement the following year. Another two years of court tussles came to an end late last week when the U.S. Supreme Court refused to hear a counter-suit against the settlement.

On Monday, President Obama, who has been widely acknowledged for improving relations between Native American tribes and the U.S. government, heralded the end of the saga, which he said would “clear the way for reconciliation between the trust beneficiaries and the federal government”.

Obama plans to meet with representatives of all nearly 600 officially recognised Native American tribes in early December, in what will be the fourth White House Tribal Nations Conference, described as building upon the Obama administration’s “commitment to strengthen the government to government relationship with Indian Country”.

Obama’s secretary of the interior, Ken Salazar, whose agency oversees the Bureau of Indian Affairs and was held accountable for the trust mismanagement, sounded a similar tone of finality and accomplishment.

“With the settlement now final, we can put years of discord behind us and start a new chapter in our nation-to-nation relationship,” said Salazar, whose name graces the final court case, Cobell v. Salazar. He also suggested that the settlement marked a new opportunity for “reconciliation and empowerment” for Native Americans and a “new era of trust administration”.

This last will, of course, be particularly scrutinised by all sides going forward. Almost exactly a year ago, Salazar named a new commission to look into and make recommendations on how to overhaul the government’s management of Native American assets, which includes some 384,000 individual accounts and nearly 57 million acres of land.

The commission’s work is slated to finish by the end of next year, tasked with “Working on a plan to improve the trust situation so these kinds of mistakes don’t happen again,” according to NCAI general counsel John Dossett, speaking Tuesday with tribal leaders and community workers.

And while most Native Americans are reacting to the news as a victory – indeed, many are expressing shock that the wheels finally appear to be turning at all – there is still a clear sense of lingering hurt and bitterness.

“We all know that the settlement is inadequate,” NCAI President Jefferson Keel said following initial Congressional approval, “but we must also find a way to heal the wounds and bring some measure of restitution.”

Incredibly, the Cobell decision is one of three major settlements from the U.S. government to various Native American constituencies, all of which are taking place almost simultaneously.

In addition to Cobell, in August the so-called Keepseagle settlement awarded 780 million dollars to 4,200 Native American farmers and ranchers for systematic discrimination in loan programmes under the U.S. Department of Agriculture. Third, more than 50 smaller tribal trust settlements of various types are also nearing completion.

Although the timing of these settlements is accidental, together the payouts are leading to a windfall of expected cash infusions in Native American communities, one of the poorest demographics in the country. Yet many are now worried that this could bring it own set of problems.

“These grievances go back decades but they have all come down at one time, raising alerts that three billion dollars is coming into Indian Country by mid-2013,” NCAI’s Black says, warning that there is an urgent need for longer-term financial education in order to keep the money in the communities. (NCAI has a related information clearinghouse here.)

“At this point, it is important for tribal leaders to know when that money is coming and what they can do to be prepared,” she continues. “You need to be careful, and you need to watch out for your money – we’ve seen in the past that when payments like these come in, the potential for scams is high.”