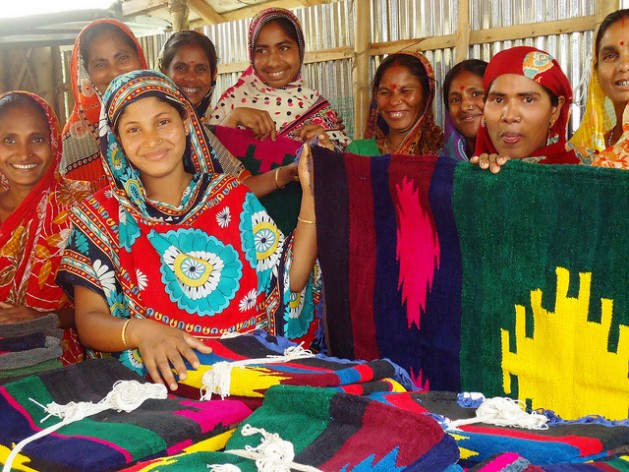 UNITED NATIONS, Jan 3 2013 (IPS) - As the United Nations continues to intensify the promotion of South-South cooperation among member states, Asia plans to take a great leap forward in regional economic integration during the next decade.

The 10-member Association of South-East Asian Nations (ASEAN) and the eight-member South Asian Association for Regional Cooperation (SAARC) are taking the lead in an ambitious drive to strengthen trade and economic links in their respective regions.

A new ASEAN Economic Community (AEC) is planned for 2015, while SAARC is heading towards the establishment of its own economic union by 2020.

SAARC Secretary-General Ahmed Saleem, who is based in Nepal, told IPS that “regional cooperation is important because in a globalising world, regional integration is being increasingly considered as building blocks in the progress towards globalisation, especially from the point of view of trade and commerce.”

He said this is aimed at wiping out “the ugly face of protectionism”, which is inimical to global trade.

Thus, the World Trade Organisation (WTO) itself recognises the formation of regional trade groups as long as the group or bloc itself does not become protectionist, added Saleem, a former senior Maldivian diplomat.

An ASEAN diplomat told IPS the proposed AEC is not a common market per se.

But it envisages ASEAN as a single market and production base, a highly competitive economic region, a region of equitable economic development, and a region fully integrated into the global economy.

“The elimination of intra-ASEAN tariffs is one of the principal means to promote the free flow of goods within ASEAN, which will thereafter contribute to the creation of a single market and production base,” he added.

Currently, Thailand and Vietnam control about half of the global rice trade, while India remains the largest single exporter, according to the London-based International Grains Council.

“Regional cooperation is critical,” he said last month. “The challenges of climate change, drug trafficking, terrorism and extremism cannot be tackled by any one country alone.”

On the economic front, the United Nations has a Special Programme for the Economies of Central Asia (SPECA) primarily to strengthening regional economic cooperation and integration in Central Asia.

The aim is to share Asian experiences and learn from the successes and challenges of regional economic integration in similar blocs, particularly ASEAN, SAARC and the Greater Mekong Subregion (GMS).

At a meeting in Bangkok last November, U.N. Under-Secretary-General Dr. Noeleen Heyzer, executive secretary of the Economic and Social Commission for Asia and the Pacific (ESCAP), said “regional economic integration has become ever more important in our quest to find new drivers of regional growth, in support of shared and sustained prosperity”.

She said national, and even bilateral approaches, alone are no longer sufficient to address these challenges.

“Regional solutions, through regional cooperation, can be the way for us to forge more sustainable economic growth, close development gaps, and help lift tens of millions of people still in poverty,” she said.

ESCAP’s work in support of SPECA focuses on trade, transport, water and energy – all key areas which are central to any subregional and regional integration in Central Asia.

SAARC Secretary-General Saleem told IPS the formation of his regional group has helped member states to cooperate in areas where otherwise it would have taken a long time or may have become complicated.

For example, trade under the South Asian Free Trade Agreement (SAFTA) has permitted member countries to trade in those products which they cannot do with ease – and bilaterally.

And the exercise to develop regional standards, which have started in some tradable products in the region, will allow for faster movement of those products across the region, once those standards have been developed, he added.

“Regional cooperation has also contributed considerably to easing of (political) tension in the region,” said Saleem.

Asked what role South-South cooperation will play in the U.N.’s post-2015 economic agenda, he said regional cooperation will assume more importance because it is now well accepted that the Millennium Development Goals (MDGs) will not be reached in a majority of countries by the 2015 deadline.

Regional cooperation will be one of the most important arrangements to achieve the set goals and objectives, Saleem noted.

He said ASEAN has been relatively successful at strengthening economic and trade relations among its members.

Following the entry into force of the ASEAN Free Trade Area in 1993 and the ASEAN Framework Agreement on Services in 1995, intra-ASEAN trade saw an average annual growth rate of 10.2 percent from 1995 to 2011, he added.

“This is a significant achievement when juxtaposed against the average annual growth rate of eight percent in world trade over the same time period.”

ASEAN will continue to deepen relations among its members, with a view to achieving the ASEAN Economic Community in 2015, he declared.