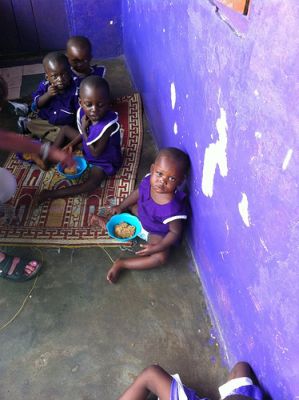 The news comes just as President Barack Obama is finalising his highly anticipated national budget proposal for fiscal year 2014, the most specific indicator yet of the president’s policy vision as he starts his second term in office.

Meanwhile, sweeping budget cuts are set to go into effect on Friday, without action from the U.S. Congress. These automatic reductions, thought to make up three to eight percent of most federal budgets, would have particularly inordinate ramifications for foreign aid, development and global health programmes.

Yet the rumoured changes in food aid appear to be in line with reforms that advocates have urged for decades, aimed at increasing efficiency and halting market distortions brought about by the arrival of cheap U.S. grains. The United States is the world’s largest provider of food aid, meant to function as a stopgap measure of last resort.

“What we’re hearing is that instead of cuts, the president could be proposing a shift to local or regional procurement of U.S. food aid, rather than the ‘in kind’ giving we’ve done for years – which would be terrific news,” Karen Hansen-Kuhn, international programmes director with the Institute for Agriculture and Trade Policy (IATP), a think tank, told IPS.

“That would be a common sense move, and it would be about 50 years overdue. Purchasing this food locally would be a far more efficient use of food aid, while it would also benefit small-scale farmers in the community or region.”

IATP, together with 11 other humanitarian and advocacy organisations, on Tuesday released a statement welcoming unofficial reports of these proposed changes. They also called on President Obama’s administration to “include a bold reform proposal that builds upon the United States’ historic leadership as the world’s most generous donor of food aid.”

The joint statement is not calling for an outright end to in-kind food aid, but rather for greater flexibility in how the programmes operate.

According to several of these groups, it appears that the administration will propose shifting responsibility for food aid programmes from the U.S. Department of Agriculture to USAID, the country’s central foreign aid agency. (Neither the USDA nor the White House have publicly discussed these details.)

The administration is also reportedly considering ending the practice of food aid “monetisation”, a process by which Washington gives U.S.-grown grains to local organisations, which can then sell them for cash. Critics say this process is notably inefficient, a finding corroborated by a 2011 report by the Government Accountability Office (GAO), the U.S Congress’s main investigative arm.

When it was established in 1954, Food for Peace was able to tap into the United States’ massive grain reserves, redistributing these to the needy around the world even while offering some financial fillip for U.S. farmers and shippers (the programme was also aimed at countering communism). Among other requirements, 75 percent of U.S. food aid must still be transported on U.S.-flagged ships.

And yet, the United States’ grain reserves were largely discontinued in the late 1990s, and critics say that, for the most part, the purchases do not amount to enough to actually sway U.S. agricultural prices in favour of farmers.

Today, the United States is the only major donor country that continues to send actual food items to humanitarian crisis spots, rather than offering money with which to procure locally produced grains and other products.

Critics say the practice increases aid prices by 50 percent for the U.S. government. Amidst ongoing and highly polarised budget negotiations here in Washington, advocates are now hoping that such efficiencies will be widely welcomed by lawmakers.

The idea of local procurement is not new. President George W. Bush proposed changes that would have allowed for a quarter of U.S. food aid to be locally procured, while leaders of USAID have also come out forcefully in favour of such changes.

Beyond a small pilot project on local procurement, however, no major reforms have been adopted. (Recent reports on the feasibility of that pilot programme were positive, available here and here.)

While this inertia can in part be attributed to lobbying on behalf of certain farming and transport interests, Hansen-Kuhn suggest that “many today are concerned that if we tinker with the current system, then support for funding levels more generally will go away.”

Yet many advocates are increasingly urging that the debate over food aid – or any foreign aid – be concerned less with dollar figures than with the number of beneficiaries reached.

According to some estimates, if the United States were to switch completely to local procurement for its food aid, “it would be able to reach 17 million more people – so we’re only getting to about two-thirds of the people we could be,” Timi Gerson, with American Jewish World Service, an advocacy organisation, told IPS.

“So what I’m looking to see from the administration is their math: How many beneficiaries are they going to reach, and could they reach as many or more because they are using funding more efficiently? Ultimately, this is not just about money but also about what that money is doing.”

Beyond arguments over lower costs for donors and higher response speeds for crisis-hit communities, reforms in favour of local procurement could have an important long-term impact.

“One of the things we are hopeful for is that any new reforms, by providing cash, would be able to empower local economies,” Blake Selzer, a senior policy advocate at Care, a relief agency, told IPS.

For decades, Care has implemented U.S. food aid and other development programmes, among others. In 2006, it unilaterally decided that it would massively scale back its use of aid monetisation.

“Today we’re at a point where this is about reaching as many people with less money, or reaching more people with same amount of money,” Selzer continues.

“But at the same time, local procurement could go a long way towards empowering these communities and building long-term economies – so they don’t have to rely on international assistance and, rather, can develop their own markets and assistance programmes.”