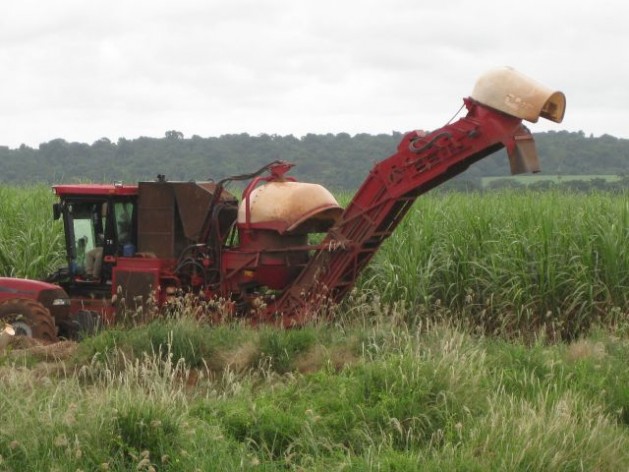 RIO DE JANEIRO, Feb 15 2013 (IPS) - Following a promising start, Brazil’s dream of positioning ethanol in the global market on an equal standing with petroleum-based fuels is hindered by new and old challenges.

Brazil’s goal of expanding ethanol sales across the world will only be attained when there are “more countries in a position to buy and supply,” noted Eduardo Leão de Sousa, director of the Brazilian Sugarcane Industry Union (UNICA), an organisation that represents the country’s top sugar and ethanol producers.

Brazil and the United States produce close to 85 percent of the world’s ethanol, according to information from the International Energy Agency. Since it is produced almost exclusively for domestic consumption, international sales are still marginal.

De Sousa told IPS that the critical level of demand necessary to stimulate ethanol production is not something that emerges spontaneously and must be driven by public policies, such as regulations that require a certain volume of renewable fuel to be blended into petroleum-based transport fuels.

Growing demand is led by the United States, spurred by the Renewable Fuel Standard (RFS) programme that set increasing annual quotas for ethanol production through 2022, and the European Union (EU), which aims to bring the percentage of renewable fuels in transport vehicle engines up to 10 percent by 2020.

The RFS programme, created under the Energy Policy Act of 2005 and further expanded in 2007, with the aim of cutting greenhouse gas emissions and reducing U.S. dependence on foreign oil, established a limit of 56.78 billion litres for annual consumption of conventional ethanol fuels, which are those produced from food crops such as corn.

As U.S. consumption is nearing that limit, the bulk of the increase towards the 2022 target of 132.5 billion will have to come from cellulosic ethanol – a biofuel from wood, grasses or the inedible parts of plants, which is new and still too costly to produce- and from “advanced” biofuels.

“Advanced” or “second generation” biofuels are those produced by sustainable feedstock, which are defined by availability of the feedstock, greenhouse gas (GHG) emission levels and biodiversity and land use impact.

The United States Environmental Protection Agency designated sugarcane ethanol as an advanced biofuel because it lowers GHG emissions by more than 50 percent as compared to gasoline, taking into account the full lifecycle of production and consumption, including the use of land to grow the crop.

This development will boost demand for ethanol produced by Brazil and other sugarcane growing countries, bringing it up to 15.14 million litres by 2022.

As for the EU, based on a directive to promote the use of energy from renewable sources (Directive 2009/28/EC) that requires that 10 percent of the energy used in transport be sourced from renewable fuels by 2020, ethanol consumption for that year is projected at 15 to 16 billion litres, half of which could be supplied from outside the bloc, according to de Sousa.

But that demand is not a sure thing. The EU’s executive body, the European Commission, is considering revising its transport fuel target to impose a limit on crop-based biofuels in an effort to prevent negative impacts on food supply, while in the United States the powerful oil and corn lobbies are pressuring against the RFS, the UNICA director said.

Out to conquer emerging markets

Another huge potential market is China, but only if it adopts an ambitious programme once “a supply of diverse and permanent sources is guaranteed,” de Sousa forecasted.

Many countries introduced the use of ethanol as a fuel additive in the 1990s. But there are numerous cases in which national programmes for the adoption of this biofuel were postponed or implemented on a trial basis. For example, after establishing a voluntary three percent biofuel blend in 2003, Japan is still reluctant to make it mandatory.

On the supply side, efforts are also “timid,” although sugarcane ethanol is being produced in other South American countries and in Central America and Africa, as well as in Southeast Asia, where UNICA sees “great potential.”

Mexico has extensive agricultural land but fragmented into tiny private plots that hinder large-scale production. Something similar occurs in India, which already has a large cane production to supply sugar for its 1.2 billion people, de Sousa said.

In Africa, the lack of infrastructure and labour trained for ethanol production are an obstacle to this activity. In Angola and Mozambique, where Brazilian companies are implementing sugar projects, landholding is also an issue, but for a different reason. As all land is state-owned, producers cannot purchase land and must depend on government concessions.

This eliminates land purchase costs but drives away investors who see property as a guarantee.

“The key is having clear rules and streamlining implementation,” said Felipe Cruz, investment director at Angola’s Capanda Agroindustrial Pole, an initiative of the Brazilian company Odebrecht, which is building the Angolan Bioenergy Company (Biocom) set to begin production this year.

“The focus is on sugar,” António Carlos de Carvalho, Biocom manager and financial director, said. Angola, which was self-sufficient in that food crop prior to independence in 1975, lost its entire sugarcane industry during its 27-year-long civil war. Now it is trying to rebuild it with projects across the country.

In addition to 260,000 tons of sugar, Biocom plans to produce 30 million litres of ethanol, which will be used to replace petroleum-based additives.

As a pioneer in the use of ethanol fuel and a major sugarcane producer, Brazil has developed technology and companies in the field that have made it possible for the country to pursue ethanol projects in every continent.

This strategy was launched as a response to rising international oil prices in the mid 1970s, when Brazil imported 80 percent of the fuel it consumed.

A decade later, almost all new vehicles manufactured in Brazil were running exclusively on ethanol, while the rest of the country’s vehicle fleet had switched to gasoline blended with an increasing percentage of biofuel. Today, vehicles run on a blend that ranges from 18 to 25 percent.

This initial success was followed by a crisis produced by a drop in oil prices. But in the 1990s, amid growing environmental concerns, Brazilian ethanol emerged as a effective way of reducing pollution.

Also at this time, the U.S. began producing and using flexible-fuel vehicles (or flex vehicles), which run on any blend of up to 85 percent ethanol. In Brazil, an improved version of flex vehicles with no limit to the percentage of ethanol triggered a new biofuel boom in 2003.

But without the expected climate agreements and with environmental concerns clouded by the more pressing economic crisis, global interest in ethanol has waned. Brazilian efforts to create an international market for this product, led by one of ethanol’s champions, former president Luiz Inácio Lula da Silva (2003-2011), are not yielding the expected results.

While the strong support from the U.S. -the world’s largest producer of ethanol since 2006-means that Brazil is no longer alone in its efforts, it has exacerbated critics who argue that diverting huge volumes of corn to ethanol production will raise food prices.

Another cause for concern is the potential development of electric and hydrogen vehicles.

De Sousa is confident that “cellulosic ethanol will alter this equation,” expanding biofuel production and increasing its sustainability, while all the other alternatives will only be competitive in the long term.

However, no alternative should be ruled out. “Every region will find the solution that is most suitable” for its conditions, he concluded.