WASHINGTON, Feb 15 2013 (IPS) - Following on a surprise announcement supporting a universal preschool guarantee during his annual State of the Union address earlier this week, President Barack Obama spent much of Thursday pushing a suite of new policy initiatives aimed at vastly increasing access to high-quality education and development programmes for a child’s first few years of life. 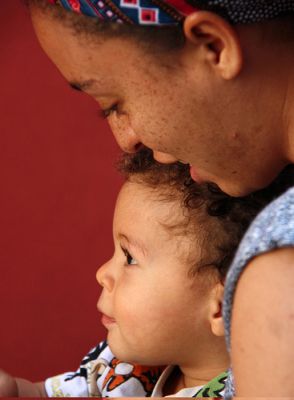 Less than 30 percent of four-year-olds in the United States are enrolled in early childhood education programmes considered to be “high quality”. Credit: Kristin Palitza/IPS

Advocates say the move could have extraordinary impact on issues of equality in the United States.

“We need to make sure that we’ve got shared responsibility for giving every American the chance to earn the skills and education that they need for a really competitive, global job market … (and) that education has to start at the earliest possible age,” the president said Thursday, speaking at a school in the southern state of Georgia.

“Study after study shows that the earlier a child begins learning, the better he or she does down the road. But … we are not doing enough to give all of our kids that chance.”

Indeed, some of the statistics on the United States’ record on early childhood education are startling.

For instance, less than 30 percent of four-year-olds in the United States are enrolled in early childhood education programmes considered to be “high quality”. That’s a paltry enough figure for the Organisation of Economic Cooperation and Development (OECD), a grouping of some of the world’s richest countries, to rank the United States 28th out of 38 countries on this metric.

Only five U.S. states reportedly have explicitly prioritised offering preschool admission to all four-year-olds, one of which is Georgia, where President Obama spoke on Thursday. Under the president’s new proposals, the federal government would offer states matching grants to ensure preschool admission at public schools was open to anyone who wanted it, according to new details released on Thursday.

“We have only one in six eligible children receiving childcare assistance, despite the fact that this is often the lynchpin for many families having stable work,” Adele Robinson, deputy executive director for policy and public affairs with the National Association for the Education of Young Children (NAEYC), an advocacy group here, told IPS.

Likewise, she points to shockingly low use of a federal programme called Early Head Start, the government’s primary vehicle for reaching out to low-income families on issues of early childhood health and development. According to Robinson, just three percent of eligible children are enrolled in the programme.

“Funding is the central problem, in that much of the money in this system is what parents themselves pay,” she says, though under the president’s new proposals this programme would be expanded.

“In the U.S., we just don’t have much of a system for early childhood development, unlike what we have for school at other levels. This needs to be seen as a national priority, to ensure that our youngest children are no less served than in the kindergarten through 12th grade system.”

Experts have for years warned that the ramifications of this weakness in the U.S. educational system reverberates far wider than simply among the poor and marginalised communities that are most immediately affected.

At a time of significant public discussion and political debate over the national debt and austerity options here, some advocates are hoping that the economic argument in favour of strong early childhood programmes will resonate with lawmakers. (Breakthrough research on the economics factor can be found here.)

In fact, the evidence in this regard is international.

“It is more cost-effective to institute preventive measures and support for children early on than to compensate for disadvantage as they grow older,” according to a 2007 report by the United Nations. “Investment in (early childhood care and education) yields very high economic returns, offsetting disadvantage and inequality, especially for children from poor families.”

Yet it also warns that, as in the United States, focus on this period of life has long been notably lacking by international donors. Such programmes are “not a priority for most donor agencies,” the report states, finding that early childhood receives less than a tenth of what is given to primary education – and in some cases far less.

In the United States, NAEYC’s Robinson, echoing the response of many progressives and education specialists, says she is “very happy” with President Obama’s overall proposals, but notes that the single most important part of his policy vision is that it starts at a child’s birth.

“We know how to prevent the achievement gap – we don’t have to wait,” she says. “By expanding access to quality programmes, we help children today and save money tomorrow. That’s why starting at birth is the right agenda to have.”

According to the Ounce of Prevention Fund, an advocacy group, “the greatest challenges facing our country – from school dropout rates, to crime to rising health-care costs, to the necessity of competing in the global marketplace – can only be met by focusing on the development of all our children, beginning at birth.”

Research offered by the group suggests that the achievement gap can start to be seen as early as nine months, and its implications can echo for decades. For instance, children from certain at-risk backgrounds who don’t receive high-quality early childhood educations are 25 percent more likely to drop out of school and 60 percent more likely never to attend college.

“And we all pay a price for that,” President Obama stated on Thursday. “Every dollar we invest in high-quality early education can save more than seven dollars later on.”

Still, even while advocates tout the cost-effectiveness of early childhood programmes for society overall, lawmakers in the U.S. Congress have already started pointing to the mammoth funding requirements President Obama’s new proposals would entail.

According to some estimates, that could be as high as an additional 10 billion dollars a year, though in his State of the Union address the president stated that none of his new proposals would add to the federal debt.

And while Republicans have already expressed scepticism – on Wednesday, House Speaker John Boehner said allowing the federal government to get involved in early childhood education was “a good way to screw it up” – others have quietly moved forward. On Thursday, a bipartisan bill was re-introduced in the House of Representatives that aims to strengthen the “continuum” between pre-kindergarten and elementary school.