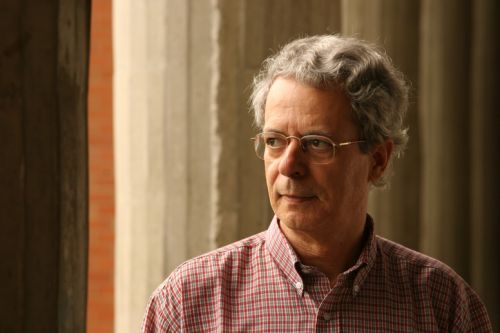 RIO DE JANEIRO, Feb 15 2013 (IPS) - The only difference the resignation of Benedict XVI as head of the Catholic Church will make in Brazil will be the name changes needed on posters advertising his coming to this city in July for World Youth Day, jokes Frei Betto.

German prelate Joseph Ratzinger, who will retire on Feb. 28 after nearly eight years as Pope Benedict XVI, will have considerable influence on the election of his successor, said the Brazilian friar in an interview with IPS.

Carlos Alberto Libânio Christo, better known as Frei Betto, and other distinguished thinkers, priests and bishops who embrace liberation theology, a progressive form of Catholicism originated in Latin America in the 1960s, have been targeted by critics and were even censured by the outgoing Pope.

We are experiencing a change of epoch, from modernity to postmodernity. However, the Catholic Church is still loaded down with mediaeval baggage...

Ratzinger was a hardline opponent of this movement, which emphasises the need to confront social injustice based on the Christian commitment to the “preferential option for the poor”, and used his previous post as Prefect of the Congregation for the Doctrine of the Faith – the successor to the Inquisition – to ban people like Hans Küng, of Switzerland, and Leonardo Boff, of Brazil, from teaching theology.

“I am very pessimistic” about the new Pope being able to change the conservative nature of the Catholic Church and modernise it, said Betto, the author of “Fidel and Religion”, among other books, and a friend and former special adviser early in the government of left-wing Luiz Inácio Lula da Silva (2003-2011), for programmes like Zero Hunger.

Q: What will the repercussions be for the Catholic Church, especially in Brazil and the rest of Latin America, of Pope Benedict XVI’s announcement of his resignation on Monday Feb. 11?

A: I think that for Brazil, in particular, the only consequence will be having to redo all the publicity for World Youth Day, to be held Jul. 23-28 in Rio de Janeiro, and replacing images of Benedict XVI with those of his successor, who will be elected in March.

The abdication itself will have no major effects. The election of a new Pope could do, depending on the direction in which he steers the Catholic Church.

Q: In that sense, can we look forward to a modernisation of the Church?

A: I am not optimistic, for the following reasons: Benedict XVI will have a major role in the election of the next Pope. And he has decided to continue to live at the Vatican. It appears that the Church is at risk of having, for a time, dual power.

The new Pope will never do anything to displease his predecessor. Therefore he will maintain the Church’s ban on debating issues like abortion, ending priestly celibacy, the ordination of women to the priesthood, condom use, stem cell research, gay unions, etcetera.

Only after Benedict XVI dies will we really know what the new Pope thinks and wants.

Q: How did Joseph Ratzinger imprint his conservatism on Latin America and Brazil?

A: I do not say that Benedict XVI continued the policies of John Paul II (1978-2005) because, in fact, it was Ratzinger who inspired and provided the theoretical background to the conservative measures taken by Karol Wojtyla, the Polish Pope.

They both refused to implement the decisions of the Second Vatican Council (1962-1965) – a conference held 50 years ago! They both ruled out progressive bishops and appointed conservatives; they gave more importance to movements like the (ultra-conservative) Opus Dei than to pastoral ministry to the poor or basic Christian communities. And they both held Eurocentric worldviews.

The difference is that John Paul II’s head was on the right but his heart was on the left, that is, he was doctrinally conservative but progressive on social issues, to the point of criticising neoliberalism and praising the Cuban revolution. Benedict XVI, on the other hand, was never sensitive to social issues.

Q: What course will progressive approaches within the Church be able to take after his resignation, such as liberation theology, which attained great weight in Latin America?

A: The progressive approach persists at the base of the Catholic Church, in the basic Christian communities and the pastoral ministries (for workers, indigenous people, the elderly and others), and in the writings of liberation theologians. However, this progressive structure has lost the support of bishops and cardinals in the last few decades.

Q: The last Brazilian census indicated that the Catholic Church lost 1.7 million adherents between 2000 and 2010. Now, 64.6 percent of the country’s 192 million people declare themselves Catholics, whereas in 1970 the proportion was 90 percent. How do you explain this steep decline, which is evident also in the rest of Latin America?

A: We are experiencing a change of epoch, from modernity to postmodernity. However, the Catholic Church is still loaded down with mediaeval baggage, such as the division of territories into parishes, and it barely enters into dialogue with modernity.

Hence its difficulty with understanding and entering modernity. The Catholic Church does not even know how to cope with the new digital technologies that are essential for the task of evangelising. This is where the Neo-Pentecostal churches shine, although their content is alienating.

Q: Given this context, what potential for reversing the decline in numbers of the faithful in Brazil does the Catholic Church have with a new Pope?

A: The Catholic Church in Brazil has become increasingly Vaticanised. The national Conference of Bishops, which had a prophetic voice during the 1964-1985 military dictatorship * and up to the 1990s, has now withdrawn into the sacristy, and has ceased to be the voice of the voiceless.

* Because of his political action for the opposition, Frei Betto was imprisoned by the dictatorship on two occasions.