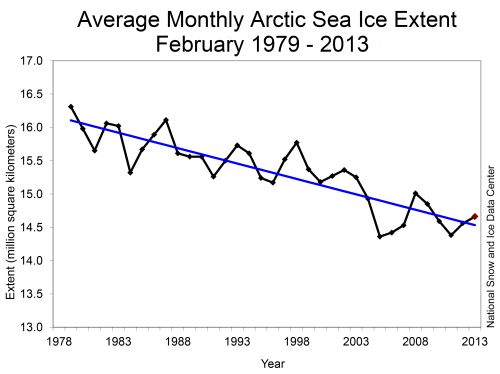 UXBRIDGE, Canada, Mar 11 2013 (IPS) - “Canada is not a country, it’s winter,” Canadians say with pride. But the nation’s long, fearsome winters will live only in memory and song for Canadian children born this decade.

Winters are already significantly warmer and shorter than just 30 years ago. The temperature regimes and plant life of the south have marched more than 700 kilometres northward, new research shows.

If we don't curb carbon emissions, Arctic Sweden might be more like the south of France by the end of the century.

The frozen north is leaving and won’t be back for millennia due to heat-trapping carbon emissions from burning fossil fuels, experts say.

By 2091, the north will have seasons, temperatures and possibly vegetation comparable to those found today 20 to 25 degrees of latitude further south, said Ranga Myneni of the Department of Earth and Environment, Boston University.

“If we don’t curb carbon emissions, Arctic Sweden might be more like the south of France by the end of the century,” Myneni, co-author of the Nature Climate Change study published Sunday, told IPS.

Canada, Northern Eurasia and the Arctic are warming faster than elsewhere as a result of the loss of snow and ice, he said. In 90 years, Alaska or Canada’s Baffin Island in the Arctic may have seasons and temperatures comparable to those in today’s Oregon and southern Ontario.

Myneni is member of an international team of 21 authors from seven countries who used newly improved ground and satellite data to measure changes in temperatures and vegetation over the four seasons from roughly above the U.S.-Canada border (45 degrees latitude) to the Arctic Ocean.

They found temperatures over the northern lands have increased at different rates during the four seasons over the past 30 years, with winters warming most followed by spring temperatures.

There is a huge difference between winter and summer temperatures in the north, but that difference is less and less every year, according to the study, “Temperature and vegetation seasonality diminishment over northern lands”. This measured change is happening faster than projected by climate models.

“We are changing seasonality…. The north is becoming like the south, losing its sharp contrasts between the four seasons,” said Myneni.

One clear sign is the greening of Arctic. The types of plants that could go no further north than 57 degrees north 30 years ago are now found at 64 degrees.

This change is “easily visible on the ground as an increasing abundance of tall shrubs and tree incursions in several locations all over the circumpolar Arctic,” said co-author Terry Callaghan of the Royal Swedish Academy of Sciences and the University of Sheffield, UK.

Seasonality is often called the rhythm of life. Changes will impact many species, considering the enormous numbers of birds, animals and others species that migrate north to feast during the short northern summer.

“The way of life of many organisms on Earth is tightly linked to seasonal changes in temperature and availability of food, and all food on land comes first from plants,” said Scott Goetz, deputy director and senior scientist, Woods Hole Research Center, Falmouth, U.S.

“Think of migration of birds to the Arctic in the summer and hibernation of bears in the winter: Any significant alterations to temperature and vegetation seasonality are likely to impact life not only in the north but elsewhere in ways that we do not yet know,” Goetz said in a statement.

The Arctic is home to millions of square kilometres of permafrost with its vast amount of frozen carbon. The amplified warming of the Arctic will release some of this carbon, leading to greater warming around the planet for hundreds of years, the study also warns.

In recent weeks, satellite images of the Arctic Ocean have revealed large fractures in the sea ice during the coldest part of winter. Sea ice does not normally begin to break up until at least April. The mid-February fracturing was extensive and unusual, sea ice expert Mark Serreze, the director of the National Snow and Ice Data Center, told IPS.

Last summer’s record melt of sea ice was 80 percent greater when compared to summers 30 or more years ago. This winter, most of the ice in the Arctic is thin, first-year ice that is more easily fractured and likely to melt quickly when the summer comes.

The ramifications of this planetary-scale change are just beginning to be understood.

That helped Hurricane Sandy take a powerful turn west instead of steering northeast and out to sea like most October hurricanes, researchers say in the paper “Superstorm Sandy: A Series of Unfortunate Events?”.

It’s not only sea ice that is in full meltdown mode. Canada’s land-based glaciers are also melting. Little studied until recently, these glaciers are third in volume only to those of Antarctica and Greenland. By the end of this century, 20 percent will have melted, raising global sea levels by 3.5 cm.

Considering oceans cover 71 percent of the planet, that is an incredible amount of ice turning into water.

“We believe that the mass loss is irreversible in the foreseeable future” assuming continued climate change, wrote researchers from the Netherlands and the United States in the journal Geophysical Research Letters.