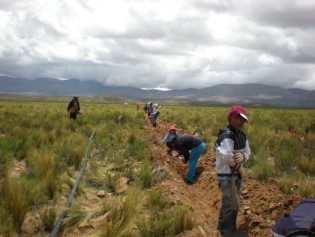 By Bhrikuti Rai
Every morning, as Gian Pietro Verza walks up the lateral moraine of the Khumbu Glacier in this Himalayan country’s north-east to take measurements, the wind makes colourful prayer flags flutter noisily. That same wind carries soot particles that are causing the snow on the mountains to melt faster.