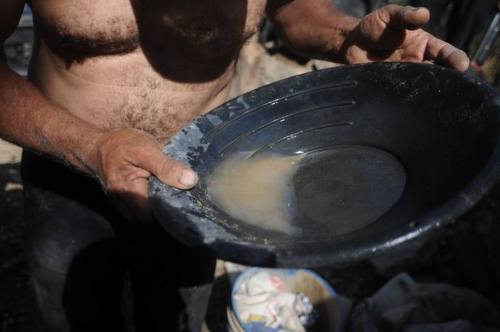 TEGUCIGALPA, Mar 19 2013 (IPS) - The Honduran government’s announcement of its plans to join the Extractive Industries Transparency Initiative (EITI) has raised expectations as well as doubts, particularly due to the speed with which it aims to complete a process that has taken several years in other countries of the region.

The EITI is a coalition of governments, companies, civil society groups, investors and international organisations that promotes better governance in countries rich in natural resources, through the publication and verification of tax payments made by the companies and of government revenues from oil, gas and minerals.

Honduras is not yet an official EITI candidate country, as Guatemala and Trinidad and Tobago have been since 2011, much less a fully fledged EITI compliant country, a status attained by Peru in 2012 after a process that began in 2004.

These are the only nations in Latin America and the Caribbean that currently form part of this initiative which now encompasses 35 countries, half of them in Africa.

Honduras does not even appear on the EITI website among the countries that intend to implement the initiative. Nonetheless, its government has announced that it plans to complete the initial stage of adhesion to the EITI in a year and a half.

“Nobody could be opposed to transparency, but we have been rather taken aback by how these plans for adhesion have come about, without any consultation with the sectors involved, such as the communities where mining activities are carried out,” activist Pedro Landa of the National Coalition of Environmental Networks of Honduras commented to Tierramérica.

Landa said that his organisation will announce a public position in the coming weeks, “because transparency and accountability are essential, and we feel that up until now, the EITI process has not been sufficiently transparent.”

When the Honduran Congress passed a new mining law in January, a generic article referring to the EITI was included at the last minute. “This came as a surprise, because no one knew the country was even trying to join the initiative,” said Landa.

The Coalition, which includes more than 40 community-based environmental groups, played a prominent role in the debate over the new law, whose draft text was submitted for consultations with different stakeholder sectors for over a year.

When it enters into force, the new law will bring an end to a six-year moratorium on the issuing of mining permits, in place since the Supreme Court of Justice declared 11 articles of the previous law to be unconstitutional.

According to congressional deputy Donaldo Reyes Avelar of the ruling National Party, the novelty of the newly passed legislation lies in the fact that communities will directly participate in deciding whether or not mining projects will be given the green light. It also raises the royalties paid by mining companies from one to two percent, he told Tierramérica.

But the Coalition withdrew from the final stage of consultations because the draft text “is not clear on community participation in decisions regarding the authorisation of mining activities, and the mechanisms for transparency and accountability are not defined,” stressed Landa.

In fact, some 400 protestors took part in a 10-day march this month from the northern community of La Barca to the Congress building in Tegucigalpa to demonstrate their opposition to the new legislation.

Francisca Valle, from the western department of Santa Bárbara, was one of the participants in the “Dignity and Sovereignty Step by Step” march. She called for “greater transparency in terms of the scope of the law, where we were not taken into account.”

“During these days of walking, staying overnight in community centres, we have received incredible support from the people. The government consulted on the law with its own ‘activists’ in the municipalities it controls, but the grassroots communities, the people, are angry, because they were not taken into account,” Jesuit priest Ismael Moreno told Tierramérica.

The protestors called for a 90-day period for changes to be incorporated into the draft legislation, based on wide social participation, and for President Porfirio Lobo to veto the bill approved by Congress. But when the marchers reached Tegucigalpa, “they told us we were too late,” said Moreno.

Lobo is expected to pass the law in the coming weeks.

“The problem is that neither the government nor the members of congress are properly reading the country, and when a mining company comes in to set up operations, for example in Santa Bárbara, where people are angry, instead of being a solution, this law will be a source of conflict and violence,” warned Moreno.

When they arrived in Tegucigalpa, the marchers also learned about the government’s plans to join EITI.

But Omar Rivera, executive director of the Civil Society Group, made up by a number of non-governmental organisations, has been closely monitoring the EITI process.

The main challenge, he said, is to strengthen the institutions in charge of controlling mining activity, in terms of taxation as well as the environmental impacts and potential violation of the rights of communities where mining operations take place.

“At present, the state and municipal government institutions responsible for enforcing the legislation related to the mining industry are insignificant, with poor technical capacities and no political power,” said Rivera.

The government has other expectations with regard to the EITI.

Roberto Herrera Cáceres, the high representative and national coordinator for the EITI in Honduras, told Tierramérica that one of the goals is to make the rules for exploration and exploitation in the extractive industries more transparent, with the assistance of the World Bank.

Vice President María Antonieta Guillén reported that the government has complied with all of the requirements to join the initiative, including the creation of a consultative board with participation by the academic, business and civil society sectors.

The objective is for everyone to know how much is paid in taxes and what these resources are invested in. “We want to lay the foundations for genuine transparency in this sector,” the vice president stated at a local press conference.