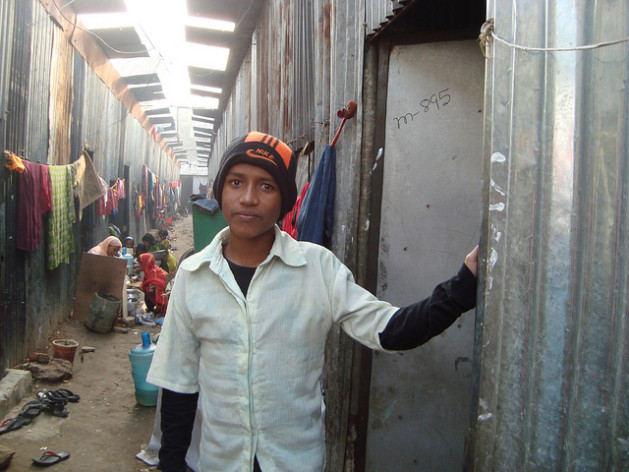 WASHINGTON, Mar 21 2013 (IPS) - A leaked copy of a major World Bank strategy paper, outlining a new institutional approach to tackling poverty through 2030, has worried some humanitarian groups and anti-poverty advocates, who say the bank has failed to suggest mechanisms that would allow it to adequately track or deal with growing levels of income inequality around the world.

Critics are claiming that the Washington-based World Bank, the world’s largest international development lender, appears to be including an inordinate focus on economic growth for all segments of society, without addressing any redistribution of upper-level incomes.

Global income inequalities are currently said to be at 20-year highs, figures that have worried policymakers and economists at all levels. A November report by Save the Children, an aid agency, found that the gap between the richest and poorest children had grown by 35 percent since the 1990s – the timeframe used to monitor progress towards the Millennium Development Goals (MDGs), which are supposed to be achieved by 2015.

“The global consultations on post-2015 delivered a strong consensus around the importance of inequality,” Alex Cobham, a research fellow with the Europe office of the Center for Global Development (CGD), a Washington think tank, told IPS.

“That process also highlighted that this was not about simply identifying those at the bottom to target them better, but about recognising the damage that inequality does to societies, including people at the top as well as the bottom; and that, as such, the response must be to tackle inequalities directly, not to pursue targeting alone.”

The content of the World Bank documents, draft copies of which can be found here and here, were slated to be discussed by the institution’s executive directors on Thursday. The strategy lays out two broad new goals.

First, in line with the bank’s broad aim of ending poverty, the approach paper proposes bringing those living under “extreme poverty” (defined as subsisting on less than 1.25 dollars per day) down to three percent globally by 2030. This ambitious goal, the bank notes, would require a roughly one percent reduction in poverty each year.

Second, the bank proposes a new focus on “shared prosperity … to promote the income growth of the bottom 40 percent of the population in every country”. It is this broad aim that is generating particular concern.

David Woodward, a former advisor at the International Monetary Fund (IMF) now at the New Economics Foundation, a London think tank, told IPS in an e-mailed analysis that the current global context, particularly in dealing with the threat of climate change, calls for a “major shift in development strategy”. But, he notes, the new strategy offers essentially a “business-as-usual” approach.

“The focus on the incomes of the poorest 40 percent in each country would be welcome if it were given primacy over overall economic growth as an objective; but the reverse seems to be the case,” Woodward says.

“If the Bank were serious in wanting to promote ‘shared prosperity’ (particularly within global carbon constraints), this logic would be reversed.”

In that case, he says, the objective should be to maximise income growth – alongside public services – for the bottom 40 percent, while the remainder of the population would be a “secondary consideration”.

Although the World Bank generally does not comment on leaked documents, a bank spokesperson told IPS: “This paper is an early draft, which we expect will be further revised before being finalised. It tracks with the vision the World Bank president outlined in a speech in Tokyo in the fall of 2012, where he looked to end poverty and build shared prosperity. We expect President [Jim] Kim to expand on this ambitious vision in the coming weeks.”

The new draft strategy documents do discuss the issue of inequality, and indeed make some strong fundamental statements on the issue.

In introducing its goal of a reduction in extreme poverty to three percent internationally by 2030, the bank warns that such an aim “implies a future faster, more sustained decline in poverty in many developing countries, at a pace not observed in the past, and in the context of increasing inequality in many countries.”

Later, it states specifically, “Sustained progress in achieving shared prosperity is incompatible with a steady increase in inequality … Growth of the bottom 40 percent that is consistently lower than the average income growth of a country should be a cause for concern, as rising inequality may eventually abate the growth process itself by causing political instability, distorting incentives, and reducing the dynamism and mobility in society.”

No country with high levels of inequality, the paper notes, has ever progressed beyond “middle income” status.

Beyond such strong rhetoric, however, critics are suggesting that the lack of solid focus on directly addressing inequality is ominous.

“The World Bank has recognised that inequality is the enemy of shared prosperity, a very welcome move, and we applaud Jim Kim’s vision for reforming the bank to ensure it does a better job of fighting poverty and inequality,” Didier Jacobs, acting head of the Washington office of Oxfam International, an aid group, told IPS.

“But the bank’s shared prosperity agenda should be clearer, more categorical, and go further. Fostering income growth of the bottom 40 percent of the population in every country is an activity, not a goal. The World Bank must commit to growing the bottom 40 percent faster than the average, and reducing disparities between the top and bottom of society.”

As the international development conversation has placed increasing focus on the centrality of inequality, some have suggested a major shake-up needs to take place with how this indicator is generally measured. The current method, known as the Gini index, has been in use for the past century, but some say it doesn’t offer important details for policymakers attempting to ease issues of inequality.

This week, CGD’s Cobham co-published a paper that suggests looking, instead, at the ratio of incomes of the top 10 percent of a country’s earners to the bottom 40 percent. Doing so, the paper notes, could be useful for policymakers and citizens alike, in that it clearly and directly ties inequality to both top and bottom earners.

“I was disappointed to see the World Bank use the language of inequality but then shy away from tackling it, preferring instead to broaden the idea of targeting to cover the bottom 40 percent,” Cobham told IPS.

“It would be great to see the World Bank give this new approach serious consideration.”