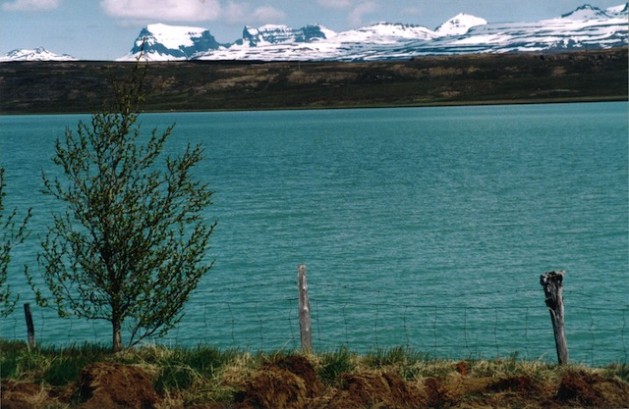 REYKJAVIK, Apr 22 2013 (IPS) - Since the controversial Karahnjukar dam in East Iceland was brought into operation in 2006, conditions in the downstream Lagarfljot lake have become much worse, according to information gathered by the energy company Landsvirkjun. Some of the changes are irreversible, scientists say.

The information divulged by Landsvirkjun comes from a draft report that was presented to the local municipal council.

Lagarfljot lake is 92 km long and is actually a series of lakes with a river running through it. People living in its vicinity have used it for recreational purposes, and it was also a good fishing lake.

Because part of the Karahnjukar development consisted of diverting a glacial river into Lagarfljot lake, the water volume has increased significantly and the banks of a 50 km stretch have been eroded, damaging agricultural land in the process.

Petur Elisson is chair of the association of landowners whose property backs onto the Lagarfljot. He told IPS that Landsvirkjun held a meeting with the landowners’ association and an engineer after development had begun.

“They said that the water level would increase slightly and there would be no erosion or other impacts on the banks of the Lagarfljot. Also, the effect of the suspended sediment would not cause much damage to the biota, but if that did happen, Landsvirkjun’s lawyer said ‘they would compensate for the damage’”.

Now the salmon stock has virtually disappeared and the trout population has decreased by 80 percent. The colour of the lake has changed and become much darker due to all the sediment and suspended sediment emanating from the glacial river that now runs into the lake. The capacity for photosynthesis by algae and other plants has decreased as so little light penetrates due to the sediments in the lake. And the plant biota as a whole has declined.

Besides the decline in the fish population, some birds are also being affected, both because there is less for them to eat and because their habitats are being destroyed.

Yet most of the changes were foreseen at the time the environmental impact assessment (EIA) was carried out for the plant in 2001.

The Planning Agency, which at that time ruled on whether a development could go ahead or not, said the environmental consequences of the Karahnjukar dam were so great, uncertain and unaccounted for that they would not allow the plant to go ahead.

Two of the many reasons given were the negative effects that the plant would have on the lake and the large degree of uncertainty regarding the environmental impacts on many other aspects.

As Arni Finnsson from the Iceland Nature Conservation Association puts it: “Iceland was playing dice with its own nature.”

However, the Planning Agency’s decision was later overruled by the environment minister at the time, Siv Fridleifsdottir, much to the anger of many environmentalists. “The Minister’s ruling is an example of bad governance where a politician denies scientific findings in order to force through government policy,” says Finnsson.

In 2001, Iceland’s government was right-wing and eager to build energy-intensive industry.

Now, some people have pointed out flaws in the EIA. One of these people is Finnsson.

“Today it is clear that the Lagarfljot is near dead because melting of the Vatnajokull Glacier is so rapid,” he says. Vatnajokull comprises eight percent of Iceland’s land surface and consists of a series of glaciers that are retreating fast.

Both the volume of water and the amount of sediment are greater than those predicted in the models used for the EIA. “At the time Landsvirkjun did not study what impact global warming might have when one glacial river is directed into another river,” Finnsson points out, referring to the 30 percent increase in water volume since the Jokulsa a Dal river was diverted into the Lagarfljot.

The landowners are extremely angry and hurt. “How can it happen that a ministry that is supposed to take care of the biota issues a permit to completely destroy such a large ecosystem? What right do they have to spoil our property? In my opinion, this is the largest environmental catastrophe in Europe and even further afield,” says Elisson.

Some people are concerned about the wider implications of the Lagarfljot case. In North Iceland, a geothermal power plant at Bjarnaflag may well be built to power a proposed silicon plant and other industry not far away. An EIA was carried out for the power plant about 10 years ago but there are calls for this to be updated as many new issues have come to light since then regarding related projects.

Some people argue that the lessons from the Karahnjukar project need to be considered at Lake Myvatn, including the huge uncertainty regarding environmental impacts of both the Karahnjukar and Bjarnarflag projects.

Lake Myvatn, one of the main tourist sites in Northern Iceland is a Ramsar site, known for its birdlife. A Ramsar site is a wetland of international importance, designated under the Ramsar Convention. Late last year, the conservation organisation Landvernd, together with BirdLife Iceland, wrote to the Ramsar Secretariat to voice their concerns on the effect the plant might have on the lake.

“If groundwater temperature decreases, less silica will be transported to the lake, and silica is a fundamental element of the Lake Myvatn ecosystem. Also, the health impacts due to increased hydrogen sulphide pollution are not fully understood. These issues need to be assessed in a new EIA for the plant. Too much is at stake with Lake Myvatn,” Gudbrandsson concluded.