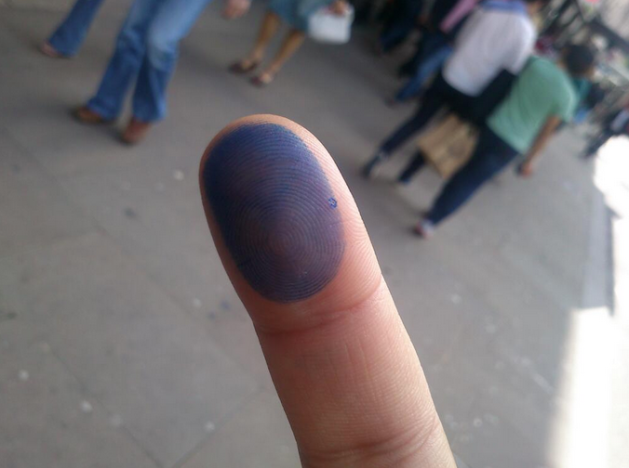 HONOLULU, Hawaii, Jun 15 2013 (IPS) - Iran’s Jun. 14 presidential election results, announced the day after voting was held, were nothing less than a political earthquake.

The Centrist Hassan Rowhani’s win was ruled out when Iran’s vetting body, the Guardian Council, qualified him as one of the eight candidates on May 21.

Furthermore, a first-round win by anyone in a crowded competition was not foreseen by any pre-election polling.

Up to a couple of weeks ago, conventional wisdom held that only a conservative candidate anointed by Ayatollah Ali Khamenei could win. Few expected the election of a self-identified independent and moderate who was not well-known outside of Tehran, and few expected participation rates of close to 73 percent.

The expected range was around 60 to 65 percent, in favour of conservative candidates, who benefit from a stable base that always votes.

But the move a few days before the election by reformists and centrists – guided by two former presidents, Mohammad Khatami and Akbar Hashemi Rafsanjani – to join forces and align behind the centrist Rowhani proved successful. It promises significant changes in the management and top layers of Iran’s various ministries and provincial offices.

The centrist-reformist alliance formed when, in a calculated action earlier this week, the reformist candidate Mohammadreza Aref withdrew his candidacy in favour of Rowhani. But the strong support for Rowhani underwriting his first-round win came from an unexpected surge in voter turnout.

Much of the electorate, disappointed by Iran’s contested 2009 election and the crackdown that followed, was skeptical of the electoral process and whether their votes would really be counted, and they also questioned whether any elected official could change the country’s direction.

Although low voter turnout was the expectation, with the centrist-reformist alliance, the mood of the country changed, with serious debate beginning about whether or not to vote. As more people became convinced, Rowhani’s chances increased. Hope overcame skepticism and cynicism.

The case for voting centred on the argument that the most important democratic institution of the Islamic Republic – the electoral process – should not be abandoned out of fear that it would be manipulated by non-elective institutions and that abandoning the field was tantamount to premature surrender.

Reformist newspaper editorials also articulated the fear that a continuation of Iran’s current policies may lead the country into war and instability.

Syria, in particular, played an important role as the Iranian public watched peaceful protests for change there turn into a violent civil war.

The hope that the Iranian electoral system could still be used to register a desire for change was a significant motivation for voters.

Beyond the choice of Iran’s president, the conduct of this election should be considered an affirmation of a key institution of the Islamic Republic that was tainted when the 2009 results were questioned by a large part of the voting public.

The election was conducted peacefully and without any serious complaints regarding its process.

Unlike the previous election, when results were announced hurriedly on the night of the election, the Interior Ministry, which is in charge of conducting the election, with over 60,000 voting stations throughout the country, chose to take its time to reveal the complete results.

Other key individual winners of this election, beyond Rowhani, are undoubtedly former presidents Hashemi Rafsanjani and Khatami who proved they can lead and convince their supporters to vote for their preferred candidate.

Khatami in particular had to rally reformers behind a centrist candidate who, until this election, had said little about many reformist concerns, including the incarceration of their key leaders, Mir Hossein Mussavi, his spouse Zahra Rahnavard and Mehdi Karrubi.

Khatami’s task was made easier when Rowhani also began criticising the securitised environment of the past few years and the arrests of journalists, civil society activists and even former government officials.

Meanwhile, Hashemi Rafsanjani, whose own candidacy was rejected by the Guardian Council, saw his call for moderation and political reconciliation confirmed by Rowhani’s win.

He rightly sensed that despite the country’s huge economic problems, caused by bad management and the ferocious U.S.-led sanctions regime imposed on Iran, voters understood the importance of political change in bringing about economic recovery.

Conservatives, on the other hand, proved rather inept at understanding the mood of the country, failing in their attempt to unify behind one candidate and stealing votes from each other instead.

The biggest losers were the hardline conservatives, whose candidate Saeed Jalili ran on a platform that mostly emphasised resistance against Western powers and a reinvigoration of conservative Islamic values.

Although he was initially believed to be favoured, due to the presumed support he had from Khamenei, he ended up placing third, with only 11.4 percent of the vote, behind the more moderate conservative mayor of Tehran, Mohammad Baqer Qalibaf.

The hardliners loss did not, however, result from a purge. Other candidates besides Rowhani received approximately 49 percent of the vote overall, and so while this election did not signal the hardliners’ disappearance, it did showcase the diversity and differentiation of the Iranian public.

Rowhani, as a centrist candidate in alliance with the reformists, will still be a president who will need to negotiate with the conservative-controlled parliament, Guardian Council and other key institutions such as the Judiciary, various security organisations and the office of Ali Khamenei, which also continues to be controlled by conservatives.

Rowhani’s mandate gives him a strong position but not one that is outside the political frames of the Islamic Republic. He will have to negotiate between the demands of many of his supporters who will be pushing for faster change and those who want to maintain the status quo.

For a country wracked by eight years of polarised and erratic politics, Rowhani’s slogan of moderation and prudence sets the right tone, even as his promises constitute a tall order.

Whether he will be able to decrease political tensions, help release political prisoners, reverse the economic downturn and ease the sanctions regime through negotiations with the United States remains to be seen.

But Iran’s voters just showed they still believe the presidential office matters and they expect the president to play a vital role in guiding the country in a different direction.