WASHINGTON, Jun 5 2013 (IPS) - This week’s relatively informal and unscripted summit between the presidents of the United States and China on a private estate in southern California is being welcomed by most analysts here as a virtually unprecedented opportunity for each side to gain a better understanding of the strategic aims of the other.

The two-day meeting between President Barack Obama and China’s new leader, Xi Jinping, which begins Friday at the Sunnylands estate in Rancho Mirage, will likely cover the broad range of issues – among them, cyber-security, intellectual property, maritime conflicts, North Korea’s nuclear ambitions, and the Middle East — that have recently bedevilled ties between the two great powers.

But a frank discussion of these issues – and, more importantly, an overall bilateral relationship which has become as complicated and consequential as any in the world today – may produce some insights and reassurances on both sides that could build an increasingly constructive dynamic.

“I think it’s very important that the two presidents get together to develop as best they can some kind of personal relationship that will allow them to have, if not trust, at least confidence about what the other leader is seeking to achieve and what policies or actions by one side or the other might either advance or set back relations,” Alan Romberg, director of the East Asia Program at the Stimson Center and 27-year State Department veteran, told IPS.

“One meeting isn’t going to do it, so they need to engage in sustained dialogue over time more often, and not just on the margins of the U.N. General Assembly or other fora,” he said, adding that the “mutual strategic suspicion” that currently exists between the two powers “greatly inhibits their ability to move boldly forward together on a common agenda.”

That “strategic suspicion” was clearly on view at the annual Shangri-La Dialogue, a high-level security forum, in Singapore last weekend, even as Obama’s national security adviser, Tom Donilon, was meeting with Xi and other top Chinese officials in Beijing to prepare for the Sunnylands summit.

Addressing the conference, U.S. Defence Secretary Chuck Hagel re-iterated – albeit more diplomatically – recent public charges that Beijing is systematically stealing U.S. military and industrial secrets through cyber-espionage. He also insisted that Washington’s “rebalancing” of military assets from the Middle East to the Asia-Pacific region would proceed apace despite its budgetary woes.

In response, Gen. Yao Yunzhu, a top official at China’s Academy of Military Science, asked Hagel how he could reassure China that increased deployments of U.S. military forces – 60 percent of U.S. naval assets will be based in the region by 2020 under current plans – were not part of a containment strategy designed to “counter China’s rising influence and offset (its) increasing military capabilities.”

“China is not convinced,” she noted. 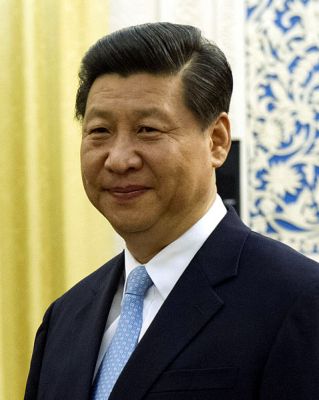 The exchange evoked what is being referred to as the “Thucydides trap” after the ancient Greek historian who argued that the clash between the emerging power of Athens and the reigning power of Sparta was made inevitable by misapprehensions on both sides – a dynamic that echoed some 1500 years later when the ambitions of a rising Germany fell afoul of the hegemonic British Empire, eventually resulting in the First World War.

The summit, the result of Xi’s appeal after his formal inauguration in March to create “a new type of great power relationship”, comes amidst growing concerns that Beijing and Washington risk falling into a similar trap.

This is especially so given rising tensions over territorial claims between China and its neighbours – some of them, notably Japan and the Philippines, formal U.S. treaty allies — in the East and South China Seas, as well as its interest, as demonstrated by a rapid build-up in its naval assets and its expansion of port facilities in the Indian Ocean (“string of pearls”), in securing vital sea trade routes from the Middle East and beyond that have long been dominated by the U.S. Navy.

In his trip to Beijing, Donilon echoed that concern, calling for a “new model of relations between an existing power and an emerging one.”

Given its record generation-long economic growth – it could surpass the U.S. gross domestic product (GDP) by the time Obama leaves office in 2017, according to some estimates – China’s interests now truly span the globe.

This is dramatised by the fact that Xi will arrive in California after visits this week to Trinidad and Tobago, Costa Rica, and Mexico – countries long considered part of Washington’s “backyard” and hence subject to the Monroe Doctrine. According to some estimates, China could become Latin America’s leading trade partner by 2015, a status it already enjoys with Chile and Brazil, among others.

Beijing’s recent maritime skirmishes with its neighbours, its naval build-up — including the recent disclosure that it was “reciprocating” U.S. naval and air intrusions into its 200-mile exclusive economic zones (EEZs) — and its alleged cyber-espionage have increased concerns here that China is systematically trying to challenge U.S. power and the international system on which it is based.

“To my way of thinking, we’re caught in a strange argument over dominance, and we’re trying to preserve the monopoly position in terms of power that we gained in World War II and the Soviet default in the Cold War which left us the only one standing,” according Amb. Chas Freeman, Jr., (ret.), a China specialist who served as President Richard Nixon’s interpreter during his ground-breaking trip to Beijing in 1972.

“So, we’re not really willing to share or accommodate very much, which has drawn a predictable reaction – in other words, Zhou Enlai’s famous statement that if we wanted China to be an enemy, all we have to do is treat it like one. That prophecy is self-fulfilling and in many respects seems to be coming true,” added Freeman, author of a new memoir on Sino-U.S. relations, ‘Interesting Times: China, America, and the Shifting Balance of Prestige’.

Freeman said he hopes the Sunnylands meeting will indeed follow the model set by Nixon and his conversations with Mao Zedong and Chou 41 years ago, the last time leaders of the two nations dispensed with the “bureaucratic litany of irritants” in favour of a wide-ranging discussion that ultimately resulted in “broad strategic understanding and catalysed something entirely new in the relationship that turned out to be very good for both sides.

“If the two sides rise above their staffs, I would be optimistic,” he told IPS. “I think they’re capable of reaching understandings at a strategic level that then become the basis for working through some of the specific problems that trouble us. If they follow the scripts they will have been provided by staff, then I think this could be like the Kennedy-Khrushchev Vienna Summit (in 1961), the disaster that led directly to the Berlin Crisis and the Cuban Missile Crisis.

“We have an opportunity to turn it in a different direction. Mr. Xi seems to see that; I hope we do, too. The president deserves a lot of credit for being willing to devote this time and effort to a meeting that both sides don’t expect to produce so-called ‘deliverables’,” he added.