UNITED NATIONS, Aug 9 2013 (IPS) - When the U.N. Population Fund (UNFPA) participates in a regional review conference in the Uruguayan capital of Montevideo next week, it will take stock of the successes and failures of a wide range of gender-related issues, including reproductive health, sexual violence, women’s rights, maternal mortality, and the spread of HIV/AIDS – all of them relating to Latin America and the Caribbean (LAC). 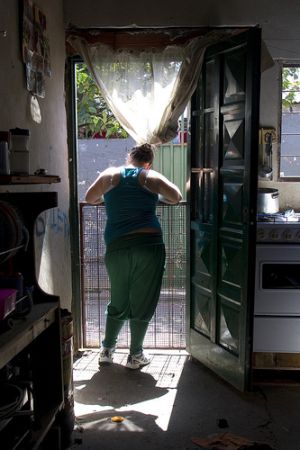 And the question lingering in the minds of most delegates will be how LAC has fared in implementing the landmark Programme of Action (PoA) adopted at the 1994 International Conference on Population and Development (ICPD) in Cairo.

The question appears even more relevant considering the fact that a high-level meeting of the General Assembly is due to take place in 2014 to review ICPD achievements – and shortcomings – over the last 20 years.

Maria Jose Alcala, director of the Secretariat of the High-Level Task Force for ICPD, insists the international community must build on the Cairo commitments.

She told IPS that Cairo was a landmark, placing the reproductive rights of women at the centre of sustainable development.

“Their implementation has brought tremendous benefits to individuals, families, economies and countries, though they remain unfulfilled for millions across the region,” Alcala said.

But at the Montevideo Conference, scheduled to take place Aug. 12-15 and organised by the U.N. Economic Commission for Latin America and the Caribbean (ECLAC), “We must also go beyond agreements made 20 years ago to make the promise of Cairo, and the sexual and reproductive rights for all, a reality regardless of who you are or where you come from,” she noted.

Speaking at the 30th anniversary of the UNFPA Population Awards ceremony last week, Secretary-General Ban Ki-moon underlined the fact that “population is not a matter of numbers”.

“It is all about people – the choices they make and the choices they are able to make,” he said. “We must empower individuals. We must protect their freedom, ability and right to make informed decisions. This will enable people to fulfil their potential. And that will advance whole societies.”

UNFPA Executive Director Dr. Babatunde Osotimehin concurs with Ban’s view that development is not sustainable unless it is equitable and serves all people.

“I couldn’t agree with him more. We at UNFPA continue to emphasise that people and the principle of equity must be kept at the centre of sustainable development,” he said.

Dr. Osotimehin says it means recognising the need to invest in women and young people and promoting human rights. “It means increasing equity to build a world of opportunity for all.”

Alcala said that among the issues to be discussed at Montevideo, a high priority would be fundamental human rights.

“Governments in the region need to make strong commitments to advance gender equality, the rights of women and girls, the empowerment of young people, and sexual and reproductive health and rights,” she said.

These are basic rights to make decisions about one’s own private life and free of any form of discrimination, coercion or violence.

“They include deciding if, when and how many children to have, if and whom to marry, decisions about one’s body, sexuality and health and to have the information and services to do so,” she noted.

But for too many women and adolescent girls in the LAC region – and for too many young people and communities living in poverty – enjoyment of these rights is still far from reality, she warned.

As the United Nations embarks on its post-2015 development agenda, described as a logical successor to its Millennium Development Goals (MDGs) with a 2015 deadline, population and reproductive health are expected to be an integral part of the new agenda, including the proposed Sustainable Development Goals (SDGs).

The Montevideo conference will include a general discussion on national experiences relating to population and development, prospects for the period beyond 2014, and the role of adolescents and youth.

She pointed out adolescent girls in Latin America and the Caribbean, have the second highest pregnancy rates in the world after sub-Saharan Africa. About 20 percent of all births in the region are to adolescent mothers between 10 and 19 years of age.

And young women in the Caribbean are 2.5 times more likely to be infected with HIV than young men, she added.

She said her task force is calling for universal access to comprehensive sexuality education for all young people, in and out of school.

Countries in the region are already taking concrete steps in this direction: this must be a priority of any common-sense 21st century education agenda, Alcala said.

She said more needs to be done to intensify prevention of violence against women and girls and bring perpetrators to justice. Some 36 percent of women in the LAC region have experienced sexual or physical violence in their lifetime and, despite increased efforts in various countries, impunity for these crimes remains rampant.

Alcala said governments meeting in Montevideo must also address ending unsafe abortion as a major killer of women and adolescent girls. Latin America and the Caribbean has the highest rate of unsafe abortions in the world: 4.2 million unsafe abortions every year.

Beyond ensuring every woman and adolescent girl has access to sexual and reproductive health information and modern contraception – including emergency contraception – this includes expanding access to safe abortion, which is one of the safest medical procedures available.

“We must put a stop to the fear unleashed upon women, and the cruel imprisonment and punishment of women and girls who have sought life-saving care after undergoing an unsafe abortion,” Alcala said.

“We must remember that even where it is illegal, in the region as across the world, wealthy women and couples will find a way to obtain a safe procedure; but it is poor women and girls who will be forced to risk their lives when they are left with no other recourse but an unsafe abortion.”

This issue is a fundamental matter of social equity, she said, adding that the need for abortion will not go away.

“So we have a choice: to continue standing on the sidelines as women and girls risk and lose their lives, or allow women and adolescent girls the basic right to make decisions about their own bodies, health and lives,” she said.