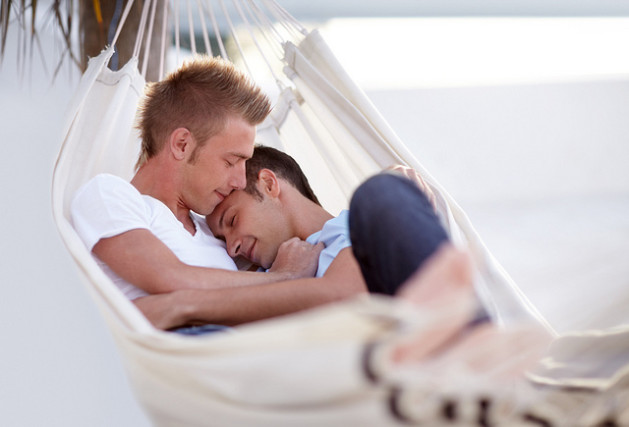 A poll carried out in April showed that 80 percent of Russians believe that homosexuality is a disease that can be treated. Photo credit: Bigstock

ST. PETERSBURG , Sep 18 2013 (IPS) - “It’s okay to be gay in Russia if you live in a big city such as St. Petersburg or Moscow, study at university or work at a liberal company, but even here you can’t feel absolutely safe,” says Nikita Mironov, describing the climate of fear that many homosexuals face in Russia.

The editor of Queerculture.ru and a resident of St Petersburg, Russia’s second city, he tells IPS about the problems LGBT (lesbian, gay, bisexual and transgender) people experience in daily life.

“If you are openly gay in these cities, even then you get scared if you kiss your boyfriend in public or just take hold of his hand.” Then he adds, chillingly: “But if you live in a small town or the countryside, you have to keep your sexuality secret. If you don’t you’ll be beaten or killed.”

This is the daily reality for LGBT people across Russia, who are facing growing stigmatisation and attacks by homophobic neo-Nazi vigilante groups at the same time as politicians ramp up anti-LGBT rhetoric and new legislation criminalises support for non-heterosexual lifestyles.

“LGBT people in Russia have always faced prejudice, ignorance and discrimination, but now the government has formalised this at a legal level,” Natalia Tsymbalova, coordinator of the Straight Alliance for LGBT Equality group in St. Petersburg, tells IPS.

“Sexual minorities are officially ‘socially unequal’ by law and people are being fired from their jobs because of their sexual orientation, while others are being beaten or killed by homophobes,” she adds.

Although homosexuality was made legal soon after the fall of communism, it has never been properly accepted in Russian society. A poll carried out in April showed that 80 percent of Russians believe that homosexuality is a disease that can be treated while in another poll in June this year 42 percent of respondents said that homosexuality should be a criminal offence.

The Orthodox Church has an extremely strong influence on social attitudes – the Church is widely seen as the country’s supreme moral authority – and its leaders openly and regularly denounce non-heterosexual orientations as a perversion or sickness.

But in recent years there has been an increasingly virulent anti-homosexual stance among politicians who have openly labeled homosexuality a perversion and propagate claims that homosexuality and paedophilia are linked.

Many commentators say that although legislators point to their own beliefs as grounds for their statements and policies, there is another agenda being followed.

They say the Kremlin is, in the face of public protests, trying to divert public discontent by portraying particularly vulnerable, already unpopular groups as enemies – including LGBT people and immigrants.

They also say this is part of Russia’s efforts to curb freedom of expression under the guise of promoting ‘traditional values’ and a continuation of anti-Western ideology; LGBT lifestyles are often described as being a social degradation, like AIDS and drug abuse, that has been imported from the West.

Controversial legislation passed this summer makes the “promotion of non-traditional sexual lifestyles” to minors a criminal offence. The law was supported by almost 90 percent of the population, according to surveys at the time.

“The level of ignorance in Russian society towards LGBT people is very high and it is easy to incite hatred [against LGBT people] in society and cast them as an enemy. Any totalitarian government needs an enemy. President [Vladimir] Putin is building a new ideology – statist, conservative and anti-Western,” Tsymbalova tells IPS.

In the run-up to the law’s passage and in its wake, physical attacks on LGBT people increased, including horrific assaults by homophobic vigilante groups. Images of some of the attacks have been later uploaded to the internet.

The law was condemned by the international community and there were calls for a boycott of the Winter Olympics due to be held in Sochi, Russia next year.

In response to the uproar, Putin said that “people of non-traditional sexual orientation are not discriminated against” and that he has no problem with them and would happily meet with LGBT organisations.

But rights groups are dubious about his intentions and no meetings have so far taken place.

Meanwhile, lawmakers have put forward a bill which would prevent non-heterosexual couples from being parents.

“This law will allow children to be removed from homosexual parents. There are same-sex families in Russia, although the law does not recognise them. For them to come out of the closet now would be to risk their children,” says Tsymbalova.

There is little hope for any change to the law from the Kremlin or a shift in Russian societal attitudes towards LGBT people. But international pressure may force some change, rights groups say.

“Russia’s international partners should really make it clear to Vladimir Putin and his government that….concrete steps should be made to repeal the law and protect LGBT people in Russia from discrimination and violence,” Tanya Lokshina, Russia programme director at Human Rights Watch, tells IPS.

She adds: “Russia’s partners should speak with one voice and press the Russian authorities to have the law repealed. The Sochi Olympics represent a huge window of opportunity for this.”

Until then though, the plight of LGBT people in Russia is unlikely to improve.

“The level of homophobia and relevant stigmatisation in Russia was high even before the ‘propaganda’ legislation was adopted and many LGBT people had reservations about coming out. The law is designed to keep people in the closet,” says Lokshina.

Tsymbalova paints an even grimmer picture: “The vast majority of LGBT people in Russia do not come out of the closet and a very small percentage of the population personally knows any LGBT person. People are afraid to be open about their sexuality, sometimes even to their loved ones.

“Russia has the highest number of teenage suicides in Europe and a large proportion of them are LGBT teens. The environment here of homophobic hatred turns the lives of LGBT teenagers into a living hell: it cripples their minds and sometimes simply kills them.”