UNITED NATIONS, Sep 19 2013 (IPS) - Western analysts all too often take a distorted and reductionist approach to the conflict in the Democratic Republic of Congo (DRC), says Kai Koddenbrock, who analysed more than 50 policy papers for a study published in the journal International Peacekeeping in November 2012. 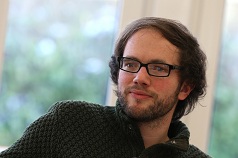 In an interview with U.N. correspondent Rousbeh Legatis, Koddenbrock said the DRC is portrayed again and again as a “sick country” with “sick people” instead of accurately reflecting the diverse realities on the ground.

Q: The degree to which analysts and particularly Western think tanks have reduced realities and complexity on the ground in DRC “beyond what is required for description and intelligible communication”, as you wrote, results in a “functional pathologisation” of the Congolese society and its population. Could you elaborate on that?

A: Functional pathologisation refers to the relationship between the way think tanks and intervention actors analyse the Congo and the fact that simultaneously the assumption is made over and over again that Western organisations are urgently needed to deal with these self-identified problems.

Peacebuilding and other international actors approach the Congo and its people in a way that stresses their seeming problems and weaknesses and portrays it as a sick country with sick people only. By doing so, these outside actors create the impression that it is these outside actors that are urgently needed to overcome these supposed problems.

If policy papers and interveners were more respectful and appreciative of Congolese actors of all kinds, outside intervention would appear less natural and the abilities of the Congolese themselves to get things done would move to the forefront.

Q: What are the underlying reasons for this pattern you found in your analysis?

A: This is a difficult question. Racism and historical continuities in the ways of approaching the Congo and Africa more broadly probably play a role. The logic of the think tank market, where advice needs to be short and easily digestible, is decisive, too.

Think tanks sell ideas and decision-makers spend little time. For these reasons, reports have to reduce complexity. This is not a bad thing in itself, but the way this is done matters. If all kinds of rational and purposeful Congolese acts disappear in the course of simplifying, there is a problem.

I think that even all-out military occupations like the invasions of Iraq and Afghanistan are not successful as long as they do not manage to take the existing priorities and ideas of the existing government and relevant powerbrokers into account. This is a tough thing to do – especially if the power structure of the country and the region is hard to understand.

Security sector reform (SSR) in the Congo, for example, has failed for many years because President Kabila was not interested in it. Maybe this is changing at the moment. This means for peacebuilding that the relevant actors need to be on board: the Congolese government, the Rwandan government, the Angolan government, the South African government, customary chiefs and influential business people and various armed groups of the East and the ordinary Congolese.

Q: What should be done differently when analysing DRC and its peacebuilding processes, with their local, regional and international implications?

A: Analysts and think tanks follow trends because new work needs to be different than prior work to grab the readers’ attention. This is very visible in current Congo analysis.

Thanks to the good work done by Séverine Autesserre, for example, analysts now focus a lot more on local conflict than 10 years ago. However, I would argue they might focus too much on local conflict, as the recent controversy about the latest ICG [International Crisis Group] report showed. International and regional factors do play a very important role still.

What remains the same throughout all these shifts in focus from “elections will build the Congo” to “local peacebuilding” or the “international brigade” now is that the government in Kinshasa and the provincial government remains a curious blind spot.

The examples I provide in the paper are quite concrete, I think. Kabila deals with IDPs, strikes deals with Rwanda and manages the mines to a certain degree. This is more than “Congo is a failed state” or has no government. Analysts have repeatedly assumed during cyclical violence in the East that now this will be the end of the Kabila government. He is still there. How come? No analyst really deals with that.

This is part of what I see as “functional pathologisation”, which I tried to show in the paper. That Congolese – even the government’s acts – might actually make sense is never considered. This renders the analysis very one-sided and helps to sustain the belief, again, that it is up to Western NGOs, or the U.N. to improve situation in the Congo.