WASHINGTON, Sep 5 2013 (IPS) - U.S. officials on Wednesday issued strict new guidelines on the use of solitary confinement for detainees being held on immigration charges, the first federal policy decision following a strengthened public debate on the country’s unprecedented dependence on “segregated housing”. 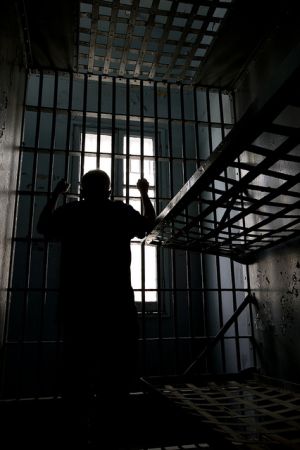 In a stark turnaround, immigration detainees will only be allowed to be held in solitary confinement for two weeks, with extensions requiring the consent of upper-level officials. Detention facilities will also need to engage in regular reporting on instances in which detainees were held in isolation.

“Placement of detainees in segregated housing is a serious step that requires careful consideration of alternatives,” the policy directive, released Wednesday by U.S. Immigration and Customs Enforcement (ICE), states.

“ICE shall take additional steps to ensure appropriate review and oversight of decisions to retain detainees in segregated housing for over 14 days, or placements in segregation for any length of time in the case of detainees for whom heightened concerns exists based on known special vulnerabilities and other factors related to the detainee’s health or the risk of victimization.”

The guidance is being widely applauded by rights groups and appears to offer a strong new – and federally mandated – model.

“This is huge news and sets a wonderful federal precedent,” Rich Killmer, the executive director of the National Religious Campaign Against Torture, a Washington advocacy group, told IPS.

“The fact that ICE is saying that immigration detainees can only be held in solitary confinement for 14 days – that underlines such a significant contrast with prisoners in some U.S. states being held in solitary for decades. We will certainly be using this in our advocacy work, as an example of what can be done.”

Still, some are expressing apprehension that ICE did not go far enough.

“We are concerned that the new directive does not eliminate the use of extended solitary confinement,” Mary Meg McCarthy, the executive director of the National Immigrant Justice Centre, said Thursday, “and that the reporting period exceeds the 15 days which the United Nations Special Rapporteur on Torture has observed can have detrimental and irreversible effects on individuals’ mental health.”

With some 80,000 people in solitary confinement throughout the various U.S. penal systems (as of the last available estimate, in 2005), the United States is a clear global outlier in terms of its active integration of segregated housing into its prison system, particularly since the late 1980s.

Why these numbers have climbed so high is unclear, but many experts feel that isolation is in part being used to deal with the overcrowding that has stretched federal prisons beyond their margins of safety. In such a situation, prison wardens may be choosing to put some vulnerable prisoners – those with mental health problems or even those who are underage – in segregated housing on the view that they will be safer.

While the new guidance is applicable only to those detained on immigration charges, it specifically disallows such use of solitary for a prisoner’s “own good”.

“In particular, placement in administrative segregation due to a special vulnerability should be used only as a last resort and when no other viable housing options exist,” the directive states.

“A detainee’s age, physical disability, sexual orientation, gender identity, race, or religion may not provide the sole basis for a decision to place the detainee in involuntary segregation.”

Analysts estimated that around two-thirds of these detainees were being segregated due to minor infractions, while the rest were seen as either a threat or vulnerable, including due to sexuality or mental illness.

An ICE spokesperson told IPS that the review “included collecting quantitative and qualitative data on the use of segregation throughout ICE’s detention facilities; consultation with field office management and detention site managers; extra inspections of segregation facilities; discussions with a variety of stakeholders; and collaboration among many ICE and DHS offices on process improvements.”

Yet the ICE decision deals with only one part of the United States’ penal system. It does not directly affect the much-larger federal Bureau of Prisons or U.S. Marshals Service (the judicial system’s enforcement arm), both of which run parallel prison systems.

In June, the Government Accountability Office, the U.S. Congress’s independent watchdog, released an excoriating report on the Bureau of Prison’s failure to conduct adequate monitoring of isolation in its jails or its impact on prisoners.

“At the federal level, the Bureau of Prisons really hasn’t done more than begin to look at its use of solitary confinement, while the U.S. Marshals Service has neither been externally reviewed nor conducted an internal assessment,” Carl Takei, a staff attorney with the American Civil Liberties Union’s National Prison Project, told IPS.

“The most praiseworthy aspects of the new ICE directive are its monitoring requirements – previously, the agency had very little idea of who was in solitary on a daily basis, how long or why. This move represents a significant step forward, and we’re hoping that these guidelines will be used as an example of the monitoring that the Bureau of Prisons should be doing.”

Other models have also recently arisen within the state prison systems, several of which are already drastically cutting down their use of solitary confinement.

Part of the motivation is financial, with squeezed coffers forcing state governments to figure out how to save money. Building and operating a solitary confinement unit costs 200 to 300 percent more than otherwise, while a 2007 state estimate found that it costs twice as much per year to keep a confined prisoner.

Part of this calculation also has to do with the effect of solitary confinement on the rest of society. Researchers have found, for instance, that prisoners who have been in segregated housing have higher recidivism rates than do other prisoners.

In a sign that the issue is gaining traction, a mass hunger strike in California’s prison system to protest against what inmates describe as the inhumane use of long-term solitary confinement ended Thursday after nearly two months, when two state lawmakers promised to hold hearings on the solitary confinement policy.