WASHINGTON, Jun 3 2013 (IPS) - The U.S. federal prison system’s use of solitary confinement and other forms of “segregated housing” has increased substantially over the past five years, according to new data released by the U.S. Congress’s official independent watchdog. 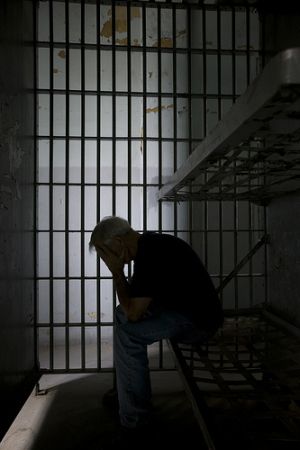 Inmates are held in solitary confinement for around 23 hours a day, often for months or even years at a time. Credit: Bigstock

Inmates are held in solitary confinement for around 23 hours a day, often for months or even years at a time, the Government Accountability Office (GAO) is warning in a major new report. More damningly, the country’s federal prisons authorities have failed to carry out studies on the effects of this practice.

“[The Bureau of Prisons] has not assessed the impact of segregated housing on institutional safety or the impacts of long-term segregation on inmates,” the report, released Friday, states.

From 2008 through February this year, the total number of U.S. inmates in segregated housing rose by around 17 percent, to nearly 12,500 people, the GAO states. During the same period, the number of inmates under the federal Bureau of Prisons increased by just six percent.

Critics say the lack of assessment is potentially dangerous for society at large. After all, a broad body of global research – stretching back centuries – has been resounding in its findings on the deleterious impact of social seclusion on the human psyche.

There’s an argument to be made, Fathi says, that solitary confinement has direct negative ramifications for the rest of society.

The U.S. Bureau of Prisons operates with relatively little public oversight, with journalists typically not allowed into its most sensitive installations. It is answerable to Congress, however, and the new GAO report, compiled at the request of three members of Congress, thus offers unique insight into some of the functioning of this massive system.

The U.S. prison system is by far the world’s largest. In a January report by the official Congressional Research Service (CRS), the number of people incarcerated in the U.S. was found to have grown by almost 800 percent over the past three decades, to around 219,000.

That’s 716 out of every 100,000 people, indicative of a growth rate the CRS said was “historically unprecedented”.

According to the new GAO report, around seven percent of those inmates are kept in segregated housing, which Fathi says makes the United States an “egregious global outlier in this area – there is no other country of any description that has made long-term solitary confinement such an integral part of its prison system.”

Still, the question of why this practice has become so integrated – which the new report doesn’t delve into – is harder to discern.

“Solitary confinement is where prisoners who are problematic or difficult to manage or just plain different tend to end up. In addition, this tends to be a one-way ratchet – it’s relatively easy to get in but difficult to get out.”

Others point to how overstretched the crowded U.S. prison system has become, noting that solitary confinement has become an important if questionable method of dealing with inmates with special needs.

“Problems with overcrowded prisons force officials to be more strategic with how they deal with vulnerable populations, particularly those who are mentally ill – there are just not enough resources,” Nicole Porter, director of advocacy for the Sentencing Project, an advocacy group, told IPS.

“We don’t accept that as good correctional policy, of course, but these are pressures that correctional officers have to deal with. Isolating prisoners becomes one way to address inmates with particular vulnerabilities.”

This approach came in for some high-profile criticism late last week. On Friday, a federal investigation found that a state prison in Pennsylvania was misusing solitary confinement, keeping prisoners with serious mental problems segregated for upwards of 23 hours a day, often for years.

According to Justice Department officials, the practice violated the inmates’ constitutional rights, and a probe has now been expanded to the entire state.

Each of the GAO’s four recommendations deals with strengthening the Bureau of Prisons’s monitoring and assessment on these issues, including specifically studying the impact of long-term segregation.

Porter says it is unsurprising that the Bureau of Prisons has failed to undertake any long-term studies on the effects of solitary confinement, as “Doing so would open them up to having to actually do something about it.”

According to the GAO, however, the bureau has “agreed with these recommendations and reported it would take actions to address them”. Further, in January prisons officials authorised a study on segregated housing and at the time was also considering “conducting mental health case reviews for inmates held in [segregated housing] for more than 12 continuous months”.

While observers are welcoming these steps, it remains to be seen how independent and rigorous those assessments are.

At the same time, however, significant changes are already taking place in the state-level prison systems, the recent Pennsylvania findings notwithstanding. Three states – Colorado, Maine and Mississippi – have recently cut down dramatically on their use of solitary confinement, and other states are reportedly taking keen notice.

“In the last few years, we’re seeing a sea change at the state level,” the ACLU’s Fathi says.

“This is partly a result of concern about the effects of solitary, but also partly about cost, as solitary confinement costs two to three times as much per prisoner even as an ordinary maximum security prison. So far, none of these three states have reported any adverse impact on prison safety.”

While the Bureau of Prisons was long seen as a leader and innovator, Fathi says it is now “very much on the wrong side of history” on this issue.