The proposed visit has triggered outrage among human rights groups and has been rebuffed by the United States.

"The last thing the U.N. needs is a visit by an ICC fugitive.” - HRW's Elise Keppler

The International Criminal Court (ICC) in The Hague “invited the competent U.S. authorities to arrest Omar al-Bashir and surrender him to the Court, in the event he enters their territory.”

The ICC reminded the United States of the two outstanding arrest warrants issued on Mar. 4, 2009 and July 12, 2010 against al-Bashir for genocide, war crimes and crimes against humanity.

On Mar. 6, 2009 and Jul. 21, 2010, the ICC Registry transmitted requests for al-Bashir’s arrest and surrender to all U.N. Security Council members that are not states parties to the Rome Statue, including the United States.

The Coalition for the International Criminal Court (CICC), a global network of civilsociety organisations working to strengthen international cooperation with the ICC, said it is “seriously concerned” by reports that al-Bashir has applied for a visa to attend the 68th session of the General Assembly which begins next Tuesday.

The speakers on opening day include U.S. President Barack Obama.

Al-Bashir is not on the official list released by the United Nations, which is expected to update it to reflect changes, if any.

A Third World diplomat, speaking on condition of anonymity, told IPS that to the best of his knowledge, the United States cannot refuse a visa to a visiting head of government or a visiting delegation because the U.S.-U.N. headquarters agreement calls for the facilitation of delegates participating in U.N. meetings in New York. 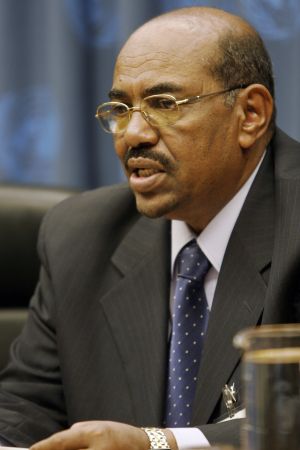 William Pace, convenor of the CICC, said while the 1947 U.N. Headquarters Agreement requires the U.S. government to cooperate in the attendance of representatives of governments, the U.S. government did assist in the transfer of fugitive Bosco Ntaganda from the Democratic Republic of Congo to the ICC in The Hague earlier this year.

Asked for a clarification, U.N. Associate Spokesperson Farhan Haq told IPS, “The question of whether the United States is to grant President al-Bashir a visa to allow him to attend the General Debate [of the General Assembly] is, first and foremost, a matter for the United States to determine, consistent with the applicable rules of international law.”

He acknowledged that al-Bashir is subject to an arrest warrant issued by the ICC. “The secretary-general would therefore urge him to cooperate fully with the ICC, consistent with Security Council resolution 1593 (2005), by surrendering himself to the ICC,” Haq said.

Pace said, “If al-Bashir comes to the U.N., the Coalition will monitor very closely that U.N. officials and governments respect the principles of ‘non-essential contact’ with persons subject to international arrest warrants for the worst crimes against humanity.”

Asked about the proposed visit, U.S. Ambassador to the United Nations Samantha Powers told reporters she had seen published reports that al-Bashir intends to travel to New York.

“We would suggest that given that he is under those charges, and that the ICC has indicted him, again, on genocide, war crimes, and crimes against humanity charges, that it would be more appropriate for him to present himself to the ICC and travel to The Hague.”

Still, he said, “it would be outrageous for al-Bashir to come to the U.N. to thumb his nose at the international community and essentially mock the victims of the crimes committed in Darfur.”

He said there are two ICC arrest warrants outstanding. And as the president of the Assembly of ICC States Parties said, should al-Bashir transit through a state party on his way to New York, that country has the obligation to arrest and surrender him to the ICC.

“What’s more, Security Council Resolution 1593 (2005) urges all states and concerned regional and other international organisations to cooperate fully with the court, including in sending suspects to The Hague,” said Diaz.

Elise Keppler, associate director of the International Justice Programme at Human Rights Watch, told IPS, “This is an unprecedented situation that raises a range of legal issues. If al-Bashir turns up at the U.N. General Assembly, it will be a brazen challenge to Security Council efforts to promote justice for crimes in Darfur. The last thing the U.N. needs is a visit by an ICC fugitive.”

Notably, a number of states have avoided possible visits by al-Bashir to their countries by encouraging him to send other Sudanese officials and making clear he is not welcome, and also sometimes rescheduling, cancelling or relocating meetings, said Keppler.

Pace said members of the Coalition are exploring all legal measures that could be taken by the U.N., the ICC states parties and the U.S. government to secure the arrest and transfer of President al-Bashir to the ICC.

The Coalition will also assist in organising political protests if al-Bashir attends the U.N. General Assembly, he added.