UNITED NATIONS, Oct 1 2013 (IPS) - While a fine wine might get better with age, the same is not true for flawed political theories. 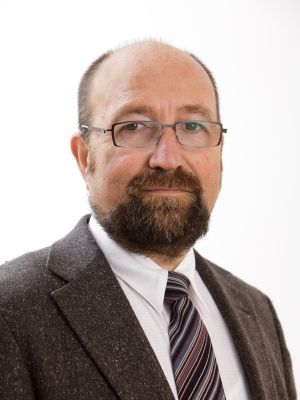 Celebrating its twentieth anniversary this year, the much-debated theory of the “Clash of Civilisations” (CoC) prescribes a good-versus-evil logic to explain international relations and violent conflicts around the globe.

“It is wrong, but it serves basic needs,” says Harald Müller, executive director of the Peace Research Institute Frankfurt (PRIF).

In 1993, Samuel Huntington, then a professor at Harvard University, wrote an article for Foreign Affairs which later became a book. He divided the world into eight civilisations “defined both by common objective elements, such as language, history, religion, customs, institutions, and by the subjective self-identification of people.”

Huntington predicted that in the post Cold War era, cultural differences would be the key driving factor behind war and conflict.

In an interview with U.N. correspondent Rousbeh Legatis, Müller explains why Huntington’s theory gained so much traction despite its implausibility.

Q: “A good way to measure the power of a theory is to look at the scale and intensity and quality of the debate it provokes. On those grounds, ‘Clash’ is one of the most powerful theoretical contributions in recent generations,” reads the introduction of the Foreign Affairs special 20th anniversary issue to Huntington’s theory. In your opinion, what determines a good political theory? And how do you assess Huntington’s success accordingly?

A: There is obviously a difference between “powerful theory” and [academically] “good theory”. A theory is “powerful” when it hits a public nerve on an issue of great saliency at the time of publication. If it is easy to grasp and simple enough to be grasped by a great number of people, and when a good selling job is done, it can gain considerable traction.

But it is not necessarily a good theory. Social Darwinism was very powerful at the end of the 19th and the beginning of the 20th theory, but it was a scientifically fairly bad theory.

A: He struck a nerve because he presented a simple and all-encompassing theory of world politics at a time when people had lost the orientation which the simple, bipolar, antagonistic structure of the Cold War had provided.

He told those people once more who they were (the West), and who the enemy was (the awesome Sino-Islamic coalition). In fact, his prognosis mirrored the Cold War by projecting a counter-coalition to this enemy coalition in which the “Hinduistic”, the “Orthodox” and the “Latino” cultures would all flock to the West because the Sino-Islamic juggernaut looked so much more threatening.

Q: Huntington suggested that “most important conflicts of the future will occur along cultural fault lines separating these civilisations from one another.” Looking at current global conflicts, to what degree do cultural variables matter?

A: As many observers remarked before, many conflicts take place inside Huntington’s “civilisations”, most prominently within Islam – Shiites versus Sunnis, Sunnis versus Alavites, clans in Somalia etc.

In other conflicts, the basic cause is non-cultural, [such as] the climatic fault line across the Sahel which pits nomadic herdsmen against farmers, classical territorial conflicts – e.g Israel-Palestine, India-Pakistan – which were not flaring up between already culturally different groups when the territorial issue was not salient, i.e. in the Osmanic and British empires.

As a thumb’s rule, cultural factors – religion and ethnicity – are exacerbating conflicts existing for different reasons. They are rarely at the conflict’s causal roots.

Q: In your book “Coexistence of Civilisations: An Antipode to Huntington” (title translated from German), which was published in Mandarin, Korean, Turkish and Arabic, you assess whether Huntington’s theory is coherent and scientific.

A: His notion of civilisation is neither supported by history nor by most of the work on civilisation and culture. His description of Islam as a disproportionally violent culture ignores that majority Muslim countries are sandwiched between all sorts of other “civilisations” and thus have much more opportunity to clash than the rest – a simple case for “controlling for borders” in statistical language.

He neglects the mechanisms of national security policy where aspiring regional hegemons are usually looked at with distrust by neighbours who usually look at extraregional allies for counterbalancing.

He also ignores the experience that the more religion becomes central in political identity formation, the stronger the consequences of schism and the more probable and frequent intra-cultural clashes – like the one between Sunnis and Shiites.

Also, he selected only the dividing forces of diversity, but neglected the binding forces of globalisation. Altogether, a very one-sided construction that neglected insights from history, anthropology and ethnology, sociology and a few other faculties.

Q: Building on experiences of recent conflicts around the world, do you see any reason to reconsider your analysis?

A: No, I feel quite comfortable with what I wrote. Even Huntington himself denied that 9/11 was a case of the “clash of civilisation”. Most of Al-Qaeda’s victims are Muslims, and the anti-Al-Qaeda coalition is an impressive collection across all cultures of the world.

It would be even more impressive without the extraordinary ineptitude and short-sightedness of the [George W. Bush] administration that squandered the sympathy wave after the shock of New York and Washington, and alienated much of the world population initially inclined to show sympathy with the USA.

Great power rivalry is back on stage as one force shaping world politics. Democracy is continuing its slow, but apparently irresistible march forward, but this does not lead to a “League of Democracies”, as democratic states in the global south retain their identities as ex-colonies with a visible distrust in the intentions and objectives of the former masters.

Rather than the convergence of two civilisationally defined blocks, we see more diversity and shifting coalitions than before. This is not Huntington’s world.