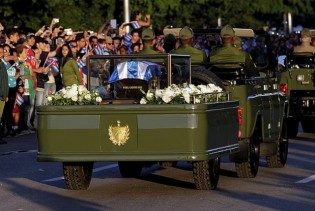 By Joaquín Roy
A few decades ago, even before the end of the Cold War and before and after Ronald Reagan’s election to the White House, analyses regularly referred to U.S. decadence. At other times, it was Europe’s turn for pessimistic descriptions, especially when it could not overcome its ambivalence over deepening integration, and above all because of the failure of its constitutional project.
Next Page »
ADVERTISEMENT ADVERTISEMENT