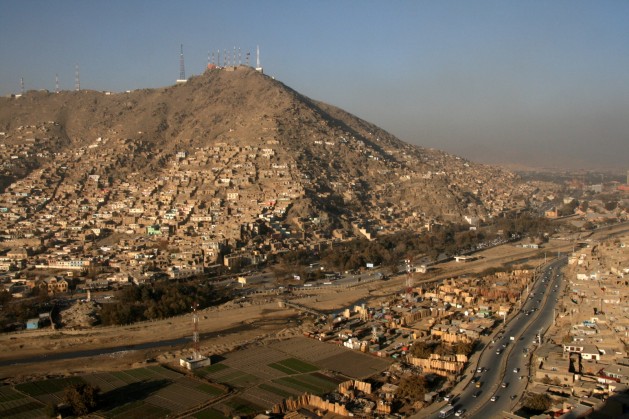 KABUL, Jan 7 2014 (IPS) - Will we get justice? That is the question many Afghans are asking as their war-ravaged country heads for presidential polls in April. For, the list of candidates includes several warlords who have been accused of heinous crimes and who are yet to be brought to justice.

“The upcoming presidential election is crucial in determining whether Afghanistan will have a future as a rights-respecting country or whether abuses and impunity will continue,” said Brad Adams, Asia director at Human Rights Watch (HRW).

According to the international body, those in the presidential race include “former military and militia commanders implicated in serious rights abuses, war crimes, and crimes against humanity.”

“America and the international community provided power to the wrong people, to those who committed the worst crimes."

HRW posed 17 questions on the country’s most pressing human rights issues to 11 presidential candidates. The questionnaire was publicly endorsed by the Afghanistan Independent Human Rights Commission (AIHRC) at a meeting in Kabul in December that called upon the government to implement transitional justice and hold those responsible for rights violations and war crimes accountable.

Some members of the Upper House of the Afghan Parliament have called for removing the names of war criminals from the list of presidential candidates.

According to the local news agency Pajhwok, Balqis Roshan, a woman senator from Farah province, said: “The nation’s blood is dropping from the beards and neckties of some people on the list. They should not be running.”

But many other senators fiercely opposed the proposal, and called it a conspiracy against the democratic process.

The Taliban regime in Afghanistan was overthrown in 2001, and elections were held in 2004, bringing President Hamid Karzai to power. For most Afghans, however, past crimes remain a big issue.

In Afghanistan, 90 percent of the population consider themselves victims of war; they’ve suffered abuse and atrocities, either directly or indirectly. “How can we achieve peace without taking this into account?” asked Aziz Rafiee, executive director of the Afghan Civil Society Forum Organisation.

“If justice is sacrificed simply for the sake of a ceasefire, it will not be real peace. It will be a very, very fragile peace,” he told IPS.

A 2005 survey by AIHRC, based on in-depth interviews and focus groups with thousands of people, showed that 94 percent of people consider justice for past crimes either “very important” (75.9 percent) or “important” (18.5 percent).

These findings as well as those emerging from more recent opinion polls show that the majority of Afghanistan’s 30 million people not only want accountability for human rights violations and war crimes but also consider justice a necessary condition for peace.

Hundreds of people had gathered in central Kabul for a demonstration organised by the Social Association of Afghan Justice Seekers (SAAJS) to mark National Victims Day, a day after International Human Rights Day Dec. 10.

They criticised the Afghan government as well as the international community for lack of commitment to promoting accountability for past and present crimes. They cited the November 2013 Report on Preliminary Examination Activities, where the International Criminal Court (ICC) prosecutor’s office found that “war crimes and crimes against humanity were and continue to be committed in Afghanistan.”

Raz Mohammad Dalili, a well-known civil society activist and director of Sanayee Development Organisation, says the cause of violence in Afghanistan is injustice, rooted in a culture of impunity and lack of ways for citizens to make their demands heard.

“If I commit a crime today and nobody stops me, how can I even consider accusing someone for past crimes? In the last 12 years, many crimes have been committed, but many of those who committed them are in power and in key positions.

“We know who they are – they are the so-called warlords, but how can we bring them to justice?”

Most Afghans believe that ignoring the cries for justice would increase the causes of insecurity, conflict and violence, he said, but very few think the government or the international community will actually live up to their expectations.

Naim Nazari, executive coordinator of the Civil Society and Human Rights Network, told IPS, “The problem is criminals have important positions in the government and in institutions. The international community did not and does not have the political will to implement a process through which to prosecute them.”

The common view here is that after the Taliban’s fall, the international community opted to seek short-term stability by backing political and military leaders with a shady past instead of promoting a genuine social reconciliation process based on people’s expectations and demands for justice.

“America and the international community provided power to the wrong people, to those who committed the worst crimes,” said Mir Ahmad Joyenda, former parliamentarian and now deputy director for communication and advocacy at the Afghanistan Research and Evaluation Unit, an independent research organisation based in Kabul.

“The Afghan people’s demand for justice was underestimated while the power and consensus of warlords was overestimated,” Joyenda told IPS.

“In 2003, Lakhdar Brahimi (at that time the UN Secretary General’s Special Representative for Afghanistan) had warned that justice should not be sacrificed for peace. Today we have neither peace nor justice. The international community is guilty of having supported criminals and warlords,” he said.