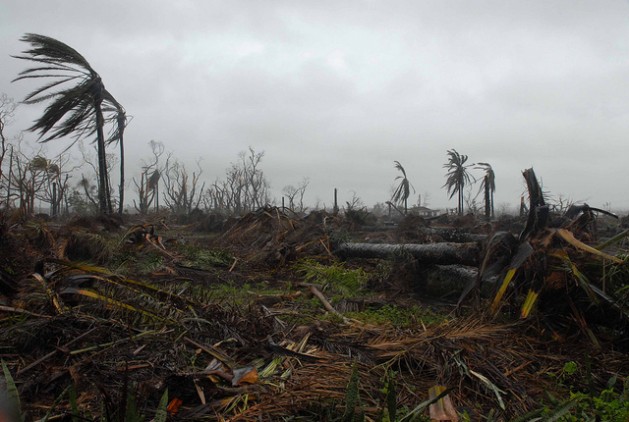 Developing countries, particularly China and Mexico, led much of this progress over the past year, according to the first comprehensive review of country-by-country climate-related legislation, released at the U.S. Senate on Thursday. Overall the report finds that 66 countries, accounting for almost 90 percent of global emissions, have nearly 500 national climate laws on their books.

"This report confirms what many have suspected: that international climate negotiations are the realm of the lowest common denominator." -- Daphne Wysham

The findings “inject positive momentum to the U.N. climate change negotiations. The study shows that countries across the world – from Africa to the Americas and from Asia to Europe – are legislating to tackle climate change and strengthen resilience to its impacts,” Terry Townshend, a co-author of the new report and deputy secretary-general for policy development with the Global Legislators Organisation (GLOBE), told IPS.

“This legislative activity is putting in place the national mechanisms and institutional structures to measure, report and manage greenhouse gas emissions, which is a fundamental pre-requisite to an effective international agreement.”

Townshend calls the findings “impressive”. But he hastens to note that the laws that have been passed are not enough to meet the overarching goal agreed upon by the international community: to keep the rise in global average temperature to within two degrees Celsius above pre-industrial levels.

“So much more needs to be done, and governments and international institutions must prioritise the support of national legislation between now and 2015,” Townshend says. “No international agreement would be effective, or credible, without commensurate legislation at the national level.” 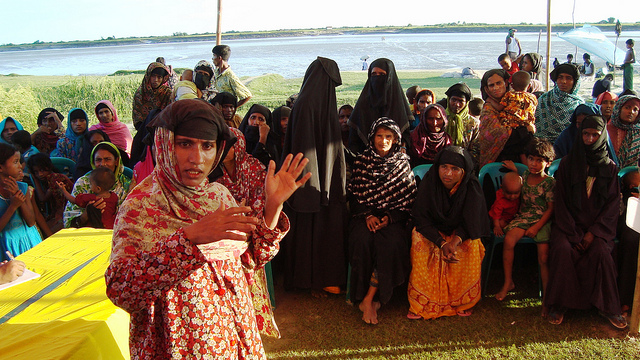 Arzu Begum testifies at the climate hearings for women in the deltaic village of Char Nongolia in Bangladesh. Credit: Naimul Haq/IPS

The 700-page report was jointly produced by GLOBE International, the world’s largest organisation of sitting legislators, and the Grantham Research Institute at the London School of Economics (LSE). Although the study is the fourth in a series, the new edition covers far more ground, having doubled the number of countries studied in the previous version.

Of the 66 countries reviewed, 64 have put in place “significant” legislation climate or energy legislation, or are in the process of doing so. In addition, 61 have laws to promote clean energy sources within their borders, while 54 have mandated strengthened efficiency standards.

“This is changing the dynamics of the international response to climate change and poses a serious question to the international community about how we can recognise credible commitments made by governments within their national legislature. It is by implementing national legislation and regulations that the political conditions for a global agreement in 2015 will be created.”

Final negotiations for a new international agreement on collective action on climate change are currently slated to take place in Paris in 2015, to come into effect after 2020. 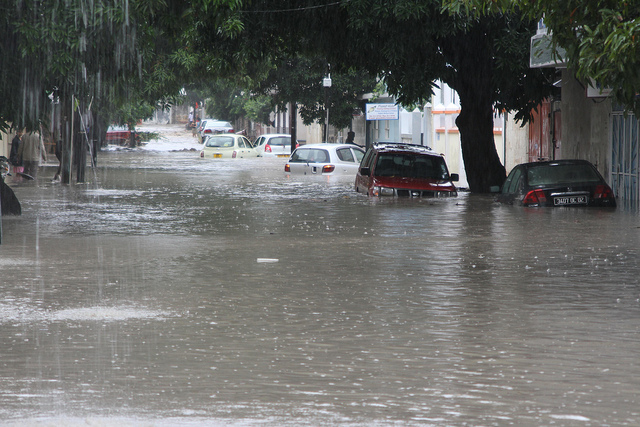 Floods devastated the Mauritian capital, Port-Louis, but locals can expect the island to be affected by more floods, landslides and cyclones in the coming years because of climate change. Credit: Nasseem Ackbarally/IPS

Against this backdrop, the GLOBE and LSE researchers dub the past year a “period of transition” in international diplomacy on the issue. During that time, substantive legislative progress was seen in 8 of the 66 countries and additional “positive advances” in another 19.

The researchers highlight President Barack Obama’s unveiling of a national climate plan for the United States, as well as his strengthened attempts to tackle the issue through regulation rather than legislation. They also note that the European Union, having slowly begun to stabilise in the aftermath of the 2008 economic downturn, has been increasingly able to turn its focus to climate-related policy steps.

Australia and Japan, meanwhile, are called out as exceptions, having been two of the few countries to have backtracked on climate action over the past year (Canada and others are also reprimanded for as yet having no “flagship” climate legislation). Australia’s new government has pledged to repeal a landmark clean energy law, while Japan, in the aftermath of the 2011 nuclear disaster, has revised its emissions targets downwards.

Yet the other end of this transition is marked by a flurry of action by developing countries.

“[T]he momentum in climate change legislation [is] shifting from industrialised countries to developing countries and emerging markets,” the report states.

“This has gone hand in hand with a rise in legislation covering adaptation. The stock of climate laws in developing countries is still lower than in industrialised nations, but many have started to close the gap by passing sophisticated new legislation.”

Sub-Saharan Africa and Latin America have seen particularly movement in this regard.

Over the past year alone, nearly all countries in sub-Saharan Africa saw some sort of progress, particularly the passage of national climate strategies that set the grounds for future legislation. This process is even further along in many countries in Latin America, led by Mexico, Bolivia and Costa Rica.

“This report confirms what many have suspected: that international climate negotiations are the realm of the lowest common denominator, where powerful countries compete to lower, not raise, the bar for climate action,” Daphne Wysham, a fellow at the Institute for Policy Studies, a Washington think tank, told IPS.

“The impetus for aggressive climate action is strong at the national level, and even stronger at the subnational – or state – level. This suggests that the principle of subsidiarity” – whereby action should be taken at the lowest level – “ought to apply to this urgent problem, and, in some ways, that international climate negotiations may have outlived their usefulness.”

Building on this national-level focus, GLOBE, the United Nations and the World Bank on Thursday announced a new initiative that will work with legislators in each of the 66 countries covered by the new study. The Partnership for Climate Legislation will help policymakers create and implement climate legislation, while also examining federal budgets and social policies to offer assessments of their climate impact.

“During this critical year of 2014, nations have determined that they will assess the contributions they will make to a new universal climate agreement slated for 2015,” Christiana Figueres, the executive secretary of the United Nations Framework Convention on Climate Change, told 115 senior policymakers from 50 countries here for a two-day summit.

“…None of these countries are doing this to ‘save the planet’. They are doing it because they see specific social and economic advantages from these policies. And, each of these countries strengthens their position in climate talks with concrete targets and demonstrated openness to policy solutions.”