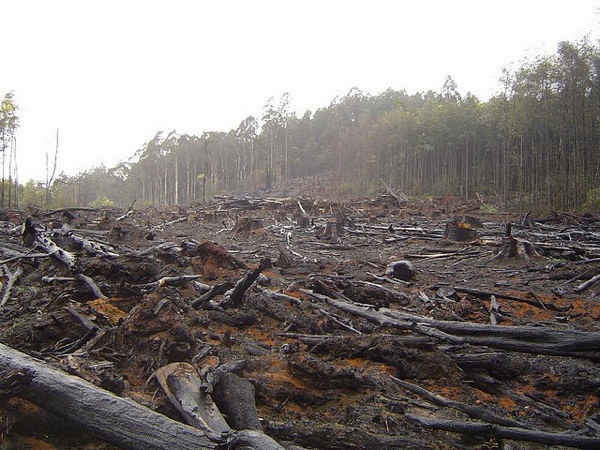 Unless leaders act promptly, climate change and environmental degradation will only worsen and cause greater global damage, scientists warn. Credit: Crustmania/ CC by 2.0

UXBRIDGE, Canada, Jan 15 2013 (IPS) - A majority of major economies have made significant progress in addressing climate change, with countries like South Korea and China taking aggressive action so they can benefit from energy- and resource-efficient economies, a new report released Monday found.

The study by GLOBE International and Grantham Research Institute profiled 33 major economies in an annual examination of climate and energy legislation. 32 of them, including the United States, made significant progress in 2012, while only Canada regressed.

“The study reveals a major trend is underway. More and more countries are acting on climate,” said Adam Matthews, secretary general of GLOBE International, an organisation of legislators.

While major international climate conferences such as the Conference of the Parties (COP) held in Doha in November and December 2012 have made little progress, cities, states and national governments around the world are taking action.

The political reality, Matthews told IPS, is that local and national climate regulations and legislation must come first. “An environment minister in Doha couldn’t commit his country to an ambitious carbon reduction target unless the country has already decided to chart a new economic course,” he said.

Christiana Figueres, executive secretary of the United Nations Framework Convention on Climate Change, agreed with Matthews’ analysis. Countries do not have the “political space” to move at the international level unless they have already moved at the domestic level, she said in a statement.

“Domestic legislation is critical because it is the linchpin between action on the ground and…international agreement,” she said.

Wide-ranging discussion at local, regional and national levels will be needed before countries can draft and pass legislation that will actually shift their economies onto a low-carbon pathway.

In many parts of the world, these discussions are already taking place, with the study reporting significant progress in this area by 18 of 33 countries in 2012. South Korea and China are among the 18 countries along with emerging economies such as Mexico and Indonesia.

“What’s happening in South Korea is really impressive. They are striving to be the leader in the shift to a low-carbon economy,” Matthews said.

China has begun to draft its national climate change law, and local legislation was passed in the city of Shenzhen to manage greenhouse gas emissions.

China doesn’t get nearly the credit it deserves for its efforts to reduce carbon emissions, Matthews said. “Careers are being made there on making those reductions,” he added.

The United States made some progress with a regulation change that allowed the Environmental Protection Agency to regulate carbon emissions. Although the fossil fuel industry appealed, courts upheld the decision in late December.

Canada was the only country to reverse course by abandoning its climate obligations under the Kyoto Protocol. “Canada has clearly gone backwards. It is a great shame,” Matthews said.

Countries that take action on climate change understand that their national and local economies will benefit from improved energy efficiency and security, reduced costs and increased competitiveness, said Terry Townshend, co-author of the report.

“There is a major shift in the dynamic around climate. Countries are now seeing great opportunities for their national interests by taking action now,” Townshend said in an interview.

National climate-related legislation has surged in the past three or four years. Although these laws aren’t always designated as climate legislation and instead are measures to improve energy use or reduce air pollution, they do have positive impacts on the climate, Townshend said.

At the last U.N. climate conference in Doha, nations confirmed details for a new negotiation process with the goal of a new global climate treaty ready for ratification in 2015 and entering into force in 2020. If a new international climate treaty is to be ready by 2015, many countries will need to have national legislation in place or pending, Townshend added.

But this upcoming timetable may not take action soon enough. Climate scientists have warned that global carbon emissions must begin to decline before 2020 in order for a two-degree (Celsius) limit on climate heating to remain a reasonable possibility. Many countries, especially the least-developed ones and small island states, want the global target to be less than 1.5 degrees Celsius.

National legislation has a long way to go in order to keep a global temperature rise below two degrees Celsius, Townshend said. In order to help countries, the first GLOBE Climate Legislation Summit is being held this week in London, where senior legislators from 33 countries are meeting to share their experiences of putting domestic climate legislation into place.

“There’s a lot of experience, sample legislation and lessons learned to be shared,” he said. Between now and the end of 2015, GLOBE International hopes to facilitate more bilateral and multilateral meetings in order to help more countries become involved with domestic climate legislation.

“There is an awful lot of work to do, but this is a very positive development,” said Townsend.