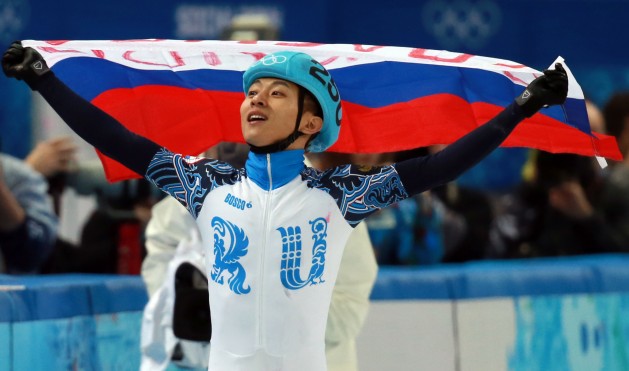 SEOUL, Mar 12 2014 (IPS) - Old family bonds still seem to run deep in the South Korea of today. For evidence, one need only look at the yearning of the elderly to meet their long separated kin in North Korea during last month’s historic family reunions.

Yet, in a country that has rapidly evolved in the past six decades from a largely static rural community to the world’s most wired economic power, people today alternate between traditional, collectivist mindsets and young, individualist values.

South Korea tops the world's suicide rate: 33.5 in every 100,000 people commit suicide every year in the country.

It was back to the past for many when family reunions between the South and the North were held Feb. 20-25 at North Korea’s Mount Kumgang resort. These families met for the first time since the 1950-1953 Korean War.

Such reunions had been suspended the past three years because of strained ties between the two sides. The South Korean unification ministry said 763 Koreans from both sides participated. They had waited 60 years to spend 19 hours together.

South Korean Kim Young-Hwan, 90, was speechless after meeting his wife, Kim Myong-Ok, 87, whom he had left behind in North Korea during the war. He had married again in South Korea and had five children with his second wife. But his North Korean wife continued to live with their only son without marrying again.

“I came here with the deepest sadness in my heart. I am feeling so sorry,” Kim Young-Hwan said.

South Korean Gang Neung-Hwan, 93, could recognise his son, now 64, even though he had never seen him before. Gang had left his pregnant wife in the North during the war. “My son and I look so alike! I knew immediately that he was my son.”

In Korea, family, loyalty and seniority have typically been given priority over individual pursuit. In the 1950s and early 1960s, most people suffered from post-war poverty. Fathers would sell their cattle to send their sons to Seoul for an education. In a farming society, there was a sense of mutual obligation between group members.

But Korea has since evolved into an industrial society, and further, to a technology-oriented society.

Last month South Koreans watched with a mix of pride and regret a Korean-born short-track skater earning three gold medals under the Russian flag at the Sochi Winter Olympics.

In 2011, at the invitation of Russians, Viktor Ahn – Korean name Ahn Hyon-Soo – gave up his Korean nationality and chose to become a Russian. The decision came after his dream for the Vancouver Games was reportedly frustrated by an ‘internal feud’ of the South Korean skating federation.

What if something like this had happened ten years ago? A Korean star who abandoned his nationality for personal gain would hardly have had the sympathy of South Koreans. Now there is less hostility.

This mindset persists even today in fields like academics and science. Dr. Hwang Woo-Seok, a disgraced South Korean scientist, is one such example.

He was hailed as a national hero when he claimed to have developed the world’s first human embryonic stem cell, but fell from grace when he was found in 2005 to have fabricated scientific data. Hwang was fired from the prestigious Seoul National University. He was convicted for embezzlement and bioethical violations. He had hurt the nation’s reputation globally – something considered unforgivable.

Few South Koreans blame sports star Ahn. “We are willing to applaud Viktor Ahn’s personal triumph,” said Bang Hyeon-Chull, in an editorial in Chosunilbo newspaper. “Nobody can criticise him for his choice. To a person who has talent, nationality should no longer be a limit. Viktor Ahn gave us a task to build a new rule of the game where we are competing and assessed individually.”

Generational differences are also visible today. While senior Koreans cherish the importance of being together, things are becoming different for the younger generation that has come of age at a time of relative affluence and freedom.

The number of births each year has halved in the last three decades, with the figure touching 430,000 in 2013, according to the Korean Statistical Information Service (KOSIS). In 2050, 36-39 percent of South Koreans will be 65 or older, KOSIS said.

There is a massive corporate retiree population from among the seven million South Koreans born in the post-war period from 1954 to 1964. They make up 14.6 percent of the country’s population. The impact of this demographic shift is already showing – South Korea’s working population is falling by 1.2 percent annually.

The per capita gross national product (GNP) has jumped from 80 dollars in the 1960s to at least 20,000 dollars in 2013. But as the country transforms into a highly competitive society, many now suffer from depression now. The illness, which seldom showed up in an agrarian society, has today become one of the major causes of death in South Korea.

The World Health Organisation (WHO) said in its 2010 survey that South Korea tops the world’s suicide rate: 33.5 in every 100,000 people commit suicide every year in the country.