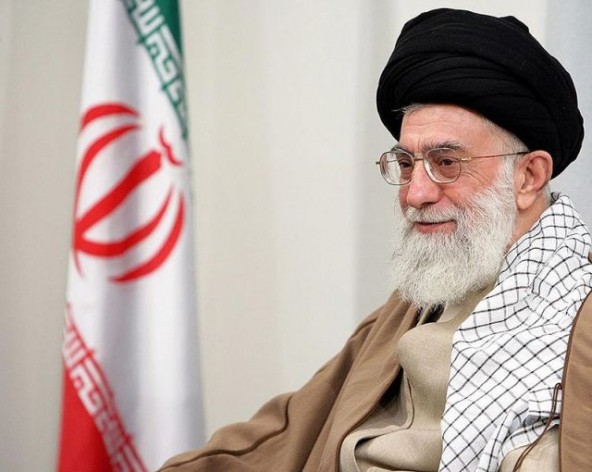 WASHINGTON, Jul 12 2014 (IPS) - Iran’s supreme leader Ali Khamenei’s comments on the nuclear talks Monday provided an unusual glimpse of diplomatic maneuvering by the U.S.-led coalition of five nuclear powers and Germany on the issue of enrichment capability to be allowed in a comprehensive agreement.

But his remarks also suggested that Iran was responding with its own diplomatic maneuvre on the issue. Both sides appear to have put forward demands that they knew were non-starters with the intention of moderating their demands substantially in return for major concessions from the other side.

Khamenei described the United States and the P5+1 as demanding initially that Iran’s annual enrichment capability be cut to the equivalent of as few as 500 to 1,000 centrifuges – as little as 2.6 percent percent of its present level of 19,000 centrifuges.

But he also suggested they were now aiming at getting Iran to accept a capability equivalent to the annual production of 10,000 centrifuges on the condition that it would be the final level for the duration of the agreement.

“They seek to make Iran accept 10,000 SWUs, which means the products of 10,000 centrifuges of older type that we already have,” said Khamenei in a speech to an audience that included President Hassan Rouhani. The P5+1 had “started with 500 SWU and 1,000 SWU”, he said, referring to demands advanced by the P5+1 in the negotiations last month.

The Iranian leader’s assertion about the coalition’s position last month is consistent with a statement by French Foreign Minister Laurent Fabius on Jun. 14 that “the West wants to slash the number of centrifuges” that Iran would be allowed to maintain to “several hundred”.

Secretary of State John Kerry had said in April that the U.S. intention was to demand very deep cuts in Iran’s enrichment capability, arguing it was necessary to lengthen the time it would take Iran to turn its uranium enriched to 3.5 percent into enough weapons grade uranium for a single bomb to six to 12 months.

What he did not acknowledge publicly, however, is that such cuts were not necessary to achieve such a lengthening of the “breakout” timeline, because it could be also be accomplished by the reduction of Iran’s stockpile of low enriched uranium and measures to avoid the accumulation of a new stockpile.

Iran pledged as part of the interim agreement to begin the process of converting its UF6, the gaseous form of low enriched uranium, into oxide powder, which would not be available for further enrichment without reversing the process. It is now ready to begun operating a new facility specifically devoted to that conversion, according to Reuters.

10,000 SWU would coincide with Iran’s current production capability, based on the 10,000 primitive first generation centrifuges that have been operational. Another 9,000 centrifuges have been installed but have never operated, apparently with the intention of using them as bargaining chips.

In what appears to have been a response to the diplomatic maneuvre by the P5+1, Khamenei announced a new Iranian demand for an increase after 2021 to a level that is nearly twice as high as what independent experts have estimated is necessary to support the Bushehr reactor.

A group of Princeton University specialists estimated in a recent article on Iran’s enrichment needs that it would require about 100,000 SWU to produce enough low enriched uranium to provide fuel for the Bushehr reactor – the basis for Iran’s demand for an increase.

Khamenei also made a point of saying that the need was more than five years out, seeming to leave open the possibility that Iran would agree to hold off on adding the additional enrichment capacity he said was needed. “Maybe this need will not be for this year, or two years, or five years, but this is the final need of the country,” Khamenei said.

The head of Iran’s atomic energy organisation, Dr. Ali Akbar Salehi, who commented on the issue to various news outlets in Iran Wednesday, also employed a formula that avoided closing the door to negotiations on the question of when Iran would have to begin building more centrifuges. He told the Young Journalists’ Club that 190,000 SWU “is our real need, the most basic need, in an eight-year outlook.”

Salehi’s reference to eight years is related to the fact that the contract with Russia to supply nuclear fuel for the Bushehr reactor expires in 2021. Iranian officials have said Iran intends to take over the fabrication of fuel for Bushehr at that time, which would require much higher levels of enrichment capability.

Khamenei’s remarks suggest that Iran has adopted its own maneuvre aimed at positioning Iran to negotiate for a much smaller increase after a period of years in which Iran would hold at roughly the present level of operational enrichment capability.

An unnamed U.S. official who briefed reporters Jul. 3 said that the capability for “industrial scale enrichment” – i.e., the capability to provide fuel for Bushehr — “isn’t anything that’s under consideration.”

But the same official also said, “What choices they make after they get to normalcy — that is after a long duration of an agreement, when they will be treated as any other non-nuclear weapons state under the NPT – will of course be their choice.”

The official’s reference to Iran’s freedom to undertake enrichment once the agreement expires raises the question whether the negotiation of the termination date for the agreement could be the vehicle for reaching a compromise on the issue.

U.S. officials have not said anything publicly about the issue of the duration of the agreement. However, Robert Einhorn, whose long paper for the Brookings Institution published Mar. 31 was widely regarded as reflecting Obama administration thinking, said the United States wanted the comprehensive agreement to last “about twenty years”.

Iranian statements appear to rule out agreeing to any duration of more than five to eight years.

Another way to bridge the large gap between the two sides in the final days of the negotiation, however, may be to agree on a provision for review and adjustment of the level of enrichment capacity allowable under the agreement that would come shortly before the expiration of the Russian contract in 2021. Einhorn suggested such a review process for different provisions of the agreement.

Reviewing the longer-term level of Iranian enrichment after several years would allow Iran to demonstrate that it has not pursued a “breakout” capability by drawing down its existing stockpile of low-enriched uranium and not allowing a new stockpile to accumulate. That is what Iran’s proposal is aimed at doing, as Iranian Foreign Minister Mohammad Javad Zarif told IPS in an interview last month.

Especially if the trend toward U.S. and Iran interests in relation to jihadist forces in the Middle East continues to develop during that period, a future administration might be far more willing to ease the present political restrictions on the Iranian nuclear programme in the final years of the agreement.

Whether the American-Israel Public Affairs Committee (AIPAC) will continue to hold sway over Congress would remain a crucial question governing the politics of the issue, however.