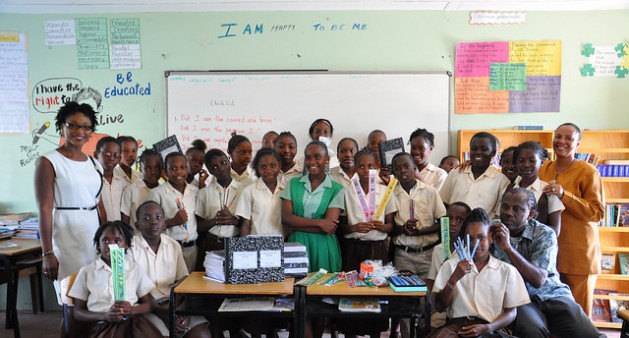 CASTRIES, St. Lucia, Aug 12 2014 (IPS) - Children are often the forgotten ones when policy-makers map out strategies to deal with climate change, even as they are least capable of fending for themselves in times of trouble.

According to David Popo, head of the Social Policy Unit at the Organisation of Eastern Caribbean States (OECS). “Very often when we speak about poverty reduction we are not seeing children, children are invisible in terms of development.

“If we fail to build resilience to adapt to those potential impacts now, we will risk consigning our future generations of Anguillians, and the entire OECS region, to an irreversible disaster." -- Anguilla’s Environment Minister Jerome Roberts

“And it’s not just St. Lucia but especially throughout the wider Caribbean,” Popo told IPS.

He cited the findings of a recent UNICEF-facilitated workshop that showed climate change has a litany of negative consequences for children, in areas such as education, poverty reduction and other forms of social development.

The OECS Rallying the Region to Action on Climate Change (OECS-RRACC project) is supporting St. Lucia through the establishment of a Geographic Information System (GIS) platform that will enable the mapping of water infrastructure for improved management and delivery services to consumers.

Popo said such a platform must make provision for the impact of the findings on children, who often appear to be overlooked when disaster mitigation plans are being considered.

“This instrument, this GIS platform has to be able, in addition to mapping the infrastructural facilities throughout the island, I think it’s very important as well to have some very strong correlations with respect to what happens to people and especially our children,” he said.

“We can very well imagine the impact in terms of schooling, education, health and the other related impacts within the unit of the household especially in areas which are impoverished and impoverished households…If there is no water in the house, the parent cannot send the child to school.”

The RRACC Project is a joint effort by the OECS Secretariat and the United States Agency for International Development (USAID) to assist Eastern Caribbean States in various ways relating to climate change.

The UNICEF Office for Barbados and the Eastern Caribbean in an analysis titled “Children and Climate Change in the Small Islands Development States (SIDS) of the Eastern Caribbean” said trends in the Caribbean during the last 30 years are already showing significant changes to the environment due to climate change.

It said the results of climate change are all expected to negatively impact children and families due to lost/reduced earnings for families from loss in the agricultural, fishing and tourism sectors; threatened environmental displacement – 50 percent of the population live within 1.5 kilometres from the coastlines – increased vector- and water-borne diseases; and family separation due to migration because of challenges in some countries. 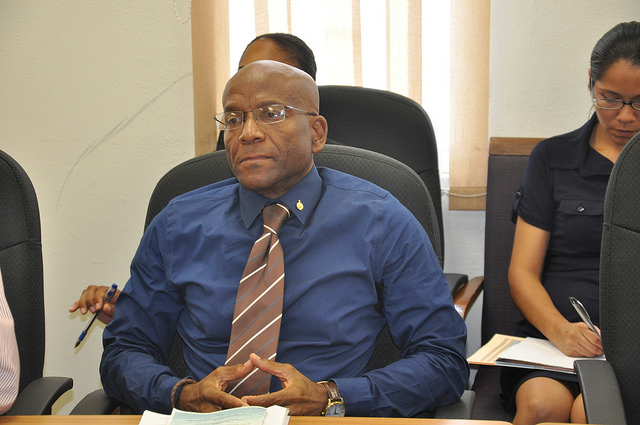 The analysis also cited the loss of classroom time for children due to emergencies during the storm season; that fact that the rights of children were not addressed within most emergency plans/policies; the psychological toll of constant fear of natural disasters; and further family separation and migration.

UNICEF said children, as an especially vulnerable group, will bear a disproportionately large share of the burden.

Anguilla’s Environment Minister Jerome Roberts told IPS the region’s response to the climate change challenge must involve children, adding it will be judged by history.

“If we fail to build resilience to adapt to those potential impacts now, we will risk consigning our future generations of Anguillians, and the entire OECS region, to an irreversible disaster,” he said.

“As minister with responsibility for education and the environment, it will be remiss of me not to emphasise the need to ensure that Anguilla provides quality climate change education.

“Our approach must encourage innovative teaching methods that will integrate climate change education in schools. Furthermore, we have to ensure that we enhance our non-formal education programme through the media, networking and partnerships to build public knowledge on climate change,” he added.

Roberts noted that as a small island, Anguilla is very susceptible to the potential impacts of climate change, droughts, flooding and the inundation of the land by sea level rise.

“We are aware that the threat from climate change is serious, it is urgent, and it is growing,” he said, commending those educational institutions that have already established school gardens for themselves and their communities and encouraging those in the process of doing the same.

“I am aware that some students have learnt about the fragility of their environment by participating in such initiatives. In fact, conservation projects allow children to acquire first-hand knowledge on the delicate nature of their environment,” Roberts said.

“I therefore applaud and encourage other schools to be creative and to develop similar or even more innovative schemes related to climate change and environmental management in their schools.”

Popo stressed that climate change is not going away and the impacts are predicted to be worse going forward.

“All of us are aware of the occurrences of recent climatic events: the drought in 2009, Hurricane Tomas in 2010 and, of course, the more recent Christmas Eve storm in 2013, which apart from bringing to the front a number of our development issues, signaled the need as well for capacity building and planning for the accompanying negative impacts on our islands’ resources,” he said.

A two-year-old child was among more than a dozen people killed when a freak storm ripped through the Eastern Caribbean, destroying crops, houses and livelihoods in its wake in three of the world’s smallest countries – St. Vincent, St. Lucia and Dominica —on Dec 24, 2013. A 12-year-old child was also washed away in the flooding and remains missing.

The storm dumped more than 12 inches of rain on St. Vincent over a five-hour period — more than the island’s average rainfall in a month. This triggered massive landslides and the cresting of more than 30 rivers and streams.

Hundreds of houses were destroyed. In addition, 14 bridges were washed away, and the pediatric ward of the country’s main hospital was left waist-high in water.

Sonia Johnny, St. Lucia’s ambassador to the United States, said her island was battered by torrential rains for 24 hours, interspersed with thunder and lightning.

“As one little boy said, we thought it was the end of the world. Nobody in St. Lucia had ever experienced such heavy rains before,” Johnny said.