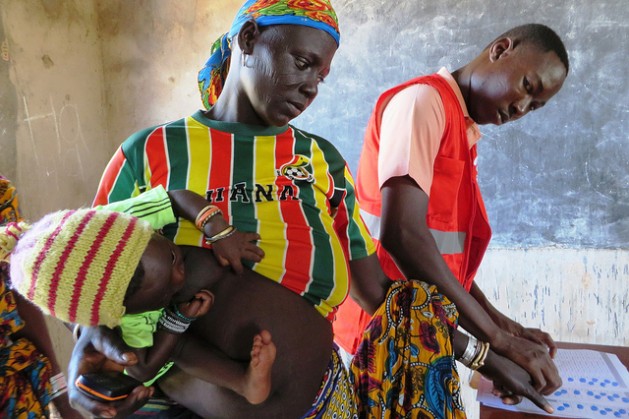 UNITED NATIONS, Jan 12 2015 (IPS) - An overwhelming majority of citizens in the 28-member European Union (EU) – which has been hamstrung by a spreading economic recession, a fall in oil prices and a decline of its common currency, the Euro – has expressed strong support for development cooperation and increased aid to developing nations.

A new Eurobarometer survey to mark the beginning of the ‘European Year for Development,’released Monday, shows a significant increase in the number of people in favour of increasing international development aid.

"The European Year will give us the chance to build on this and inform citizens of the challenges and events that lie ahead during this key year for development." -- Commissioner Neven Mimica

The survey reveals that most Europeans continue to “feel very positively about development and cooperation”.

Additionally, the survey also indicates that 67 percent of respondents across Europe think development aid should be increased – a higher percentage than in recent years, despite the current economic situation in Europe.

And 85 percent believe it is important to help people in developing countries.

“Almost half of respondents would personally be prepared to pay more for groceries or products from those countries, and nearly two thirds say tackling poverty in developing countries should be a main priority for the EU.”

Presenting the results of the survey, EU Commissioner for International Cooperation and Development Neven Mimica said, “I feel very encouraged to see that, despite economic uncertainty across the EU, our citizens continue to show great support for a strong European role in development.

“The European Year will give us the chance to build on this and inform citizens of the challenges and events that lie ahead during this key year for development, helping us to engage in a debate with them,” he added.

“This is good news. Now, EU governments must follow their citizens,” he said.

EU positions in the U.N.’s upcoming post-2015 development agenda and Financing for Development (FfD) negotiations will become the litmus test for their global solidarity, said Martens, who is also a member of the Coordinating Committee of Social Watch, a global network of several hundred non-governmental organisations (NGOs) campaigning for poverty eradication and social justice.

EU governments must translate the increased citizens support for development now into an increase of offical development assistance (ODA), but also in fair trade and investment rules and strengthened international tax cooperation under the umbrella of the United Nations, he declared.

In an interview with IPS last November, Secretary-General Ban Ki-moon singled out the importance of the upcoming International Conference on FfD in Ethiopia next July.

He said the ICFD will be “one of the most important conferences in shaping the U.N.’s 17 proposed sustainable development goals (SDGs)” which will be approved at a summit meeting of world leaders next September.

Ban cautioned world leaders of the urgent need for “a robust financial mechanism” to implement the SDGs – and such a mechanism, he said, should be put in place long before the adoption of these goals.

Speaking of financing for development, Ban said ODA, from the rich to the poor, is “is necessary but not sufficient.”

Meanwhile, the economic recession is taking place amidst the growing millions living in hunger (over 800 million), jobless (more than 200 million), water-starved (over 750 million) and in extreme poverty (more than one billion), according to the United Nations.

In a statement released Monday, the European Commission provided some of the results of the Eurobarometer on development: At 67 percent, the share of Europeans who agree on a significant increase in development aid has increased by six percentage points since 2013, and a level this high was last seen in 2010.

One in two Europeans sees a role for individuals in tackling poverty in developing countries (50 percent).

A third of EU citizens are personally active in tackling poverty (34 percent), mainly through giving money to charitable organisations (29 percent).

Most Europeans believe that Europe itself also benefits from giving aid to others: 69 percent say that tackling poverty in developing countries also has a positive influence on EU citizens.

Around three-quarters think it is in the EU’s interest (78 percent) and contributes to a more peaceful and equitable world (74 percent).

For Europeans, volunteering is the most effective way of helping to reduce poverty in developing countries (75 percent). But a large majority also believe that official aid from governments (66 percent) and donating to organisations (63 percent) have an impact.

The European Commission says 2015 promises to be “hugely significant for development, with a vast array of stakeholders involved in crucial decision-making in development, environmental and climate policies”.

2015 is the target date for achieving the Millennium Development Goals (MDGs) and the year in which the ongoing global post-2015 debate will converge into a single framework for poverty eradication and sustainable development.

2015 is also the year that a new international climate agreement will be decided in Paris.