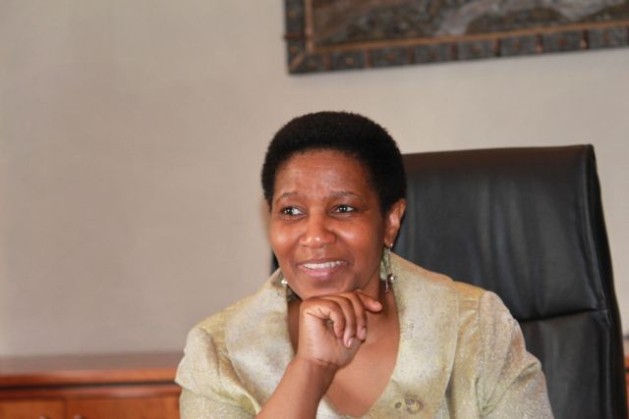 UNITED NATIONS, Apr 27 2015 (IPS) - Our world is out of balance. It is both wealthier and more unequal today than at any time since the Second World War.

We are recovering from a global economic crisis – but that recovery has been jobless. We have the largest cohort ever of educated women, yet globally women are struggling to find work. Unemployment rates are at historic highs in many countries, including those in the Middle East and North Africa, in Latin America and the Caribbean as well as in southern Europe.

Our globalised economy seems to be working at cross-purposes with our universal vision of women’s rights; it is limiting, rather than enabling them.

Where women do have jobs, globally they are paid 24 per cent less than men, on average. For the most part, the world’s women are in low-salaried, insecure occupations, like small-scale farming, or as domestic workers – a sector where they comprise 83 per cent of the workforce.

Why isn’t the global economy fit for women?

In our flagship report Progress of the World’s Women 2015-2016: Transforming Economies, Realizing Rights, we investigate what this failure means – and propose solutions.

We take a fresh, holistic look at both economic and social policies and their implications for the entire economy. We look particularly at the ‘invisible’ economy of unpaid care and domestic work that anchors all economies and societies.

Conventional measures like GDP have historically been blind to a large proportion of the work women and girls do, and unhearing of the voices of those who would wish to allocate public resources to their relief, for example through investments in accessible water and clean energy.

We suggest the need to apply a human rights lens to economic problem-solving. We propose specific, evidence-based solutions for action by both government and the private sector, to shape progress towards decent, equally paid jobs for women, free from sexual harassment and violence, and supported by good quality social services.

Our public resources are not flowing in the directions where they are most needed: for example to provide safe water and sanitation, quality health care, and decent child- and elderly-care services. Yet water is essential, families still have to be nourished, the sick still have to be tended, children brought up, and elderly parents cared for.

Where there are no public services, the deficit is borne primarily by women and girls. This is a care penalty that unfairly punishes women for stepping in when the State does not provide resources and it affects billions of women the world over.

Data from France, Germany, Sweden and Turkey suggest that women earn between 31 and 75 per cent less than men over their lifetimes. We need policies that make it possible for both women and men to care for their loved ones without having to forego their own economic security, success and independence.

Our globalised economy seems to be working at cross-purposes with our universal vision of women’s rights; it is limiting, rather than enabling them. Where there is no choice, there are few rights.

But there are solutions. The report proposes a number of specific ways in which to mobilise resources to pay for public services and social transfers: for example by enforcing existing tax obligations, reprioritising expenditure and expanding the overall tax base, as well as through international borrowing and development assistance.

Global corporations also have a central role to play by being employers that offer equal pay and opportunities. Shareholders can and should ask corporations to act with responsibility to the countries in which they operate. Annual tax revenue lost to developing countries due to trade mispricing, just one strategy used by corporations to avoid tax, is estimated at between 98 and 106 billion dollars. This is nearly 20 billion more than the annual capital costs needed to achieve universal water and sanitation coverage.

With the right mix of economic and social policies, governments can make transformative change: they can generate decent jobs for women and men and ensure that their unpaid care work is recognised and supported. Well-designed measures such as family allowances and universal pensions can enhance women’s income security, and their ability to realise their potential and expand their life options.

Finally, macroeconomic policies can and should support the realisation of women’s rights, by creating dynamic and stable economies, by generating decent work and by mobilising resources to finance vital public services.

Ultimately, upholding women’s rights will not only make economies work for women, it will also benefit societies as a whole by creating a fairer and more sustainable future.