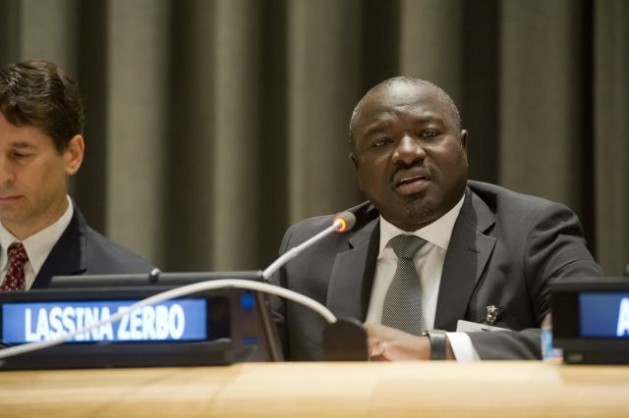 VIENNA, May 27 2015 (IPS) - The 2015 Nuclear Non-Proliferation Treaty (NPT) Review Conference wrapped up last week in New York without agreeing on an outcome document. While this is unfortunate, it is important to remember that the future of the nuclear non-proliferation regime will be determined by more than whether the Review Conference participants produced a document addressing all that currently ails the NPT-based regime.

At the same time, all NPT Member States not only affirmed the Comprehensive Nuclear-Test-Ban Treaty (CTBT) as an effective non-proliferation and disarmament measure that complements and reinforces the NPT, they also identified a legally binding test ban as an urgent priority.

The CTBT is too important to let the rolling tides of history determine its fate.

The total cessation of nuclear test explosions has been an objective of the international community since just after the dawn of the nuclear age. Negotiated after the end of the Cold War and amidst fresh optimism over prospects for nuclear disarmament, the CTBT prohibits explosive nuclear testing by anyone, anywhere, without exception.

At the height of the Cold War, nearly 500 nuclear tests were carried out every decade. But since the CTBT opened for signature in 1996, only three countries have carried out nuclear tests. In fact, the Democratic People’s Republic of Korea is the only country in the world to have tested a nuclear device in more than 15 years. This is clear proof that the Treaty has been a resounding success in effectuating an end to nuclear testing.

The CTBT is not simply a handshake agreement between countries that they will promise to abide by the test ban. The Treaty is buttressed by a global network of over 300 monitoring stations constantly scanning the planet for signs of a nuclear explosion.

For those with any doubt that the CTBT is internationally and effectively verifiable, at 90 percent complete, the Treaty’s verification regime already provides a detection capability far better than what was thought to be attainable 20 years ago. We have succeeded in establishing the most sophisticated and extensive global verification regime ever conceived.

The determination to end nuclear testing has also played a decisive role in the NPT review process. The agreement to complete CTBT negotiations was one of the essential decisions that paved the way for the indefinite extension of the NPT in 1995. In 2000, NPT States Parties identified the entry into force of the CTBT as the first of 13 practical disarmament steps.

While NPT members are fractured on how to resolve many of the problems eroding the non-proliferation regime, securing a legally binding test ban is an unequivocal priority for all countries considering the statements from over 100 individual countries, as well as from various groups.

For instance, the statement from the 117 members of the Non-Aligned Movement (NAM) which are Party to the NPT – the largest group of countries – delivered by Iran, stressed the “significance of achieving the universal adherence to the CTBT and realizing its entry into force” and “strongly support[ed] a comprehensive ban on all forms of nuclear-weapon tests without exception, as well as any nuclear explosion, and reaffirm[ed] the importance of such a ban in the realization of objectives of the Non-Proliferation Treaty.”

The European Union (EU) Foreign Policy Chief (and member of the CTBT’s Group of Eminent Persons) Federica Mogherini, on behalf of the 28 countries of the EU and nine other countries, confirmed that the “CTBT remains a top priority.”

The 14 members of the Caribbean Community affirmed, “the elimination of the testing of nuclear weapons remains a critical element in the overall process of nuclear disarmament and non-proliferation,” and urged the eight remaining States required to bring the Treaty into force to sign and/or ratify “immediately and unconditionally.”

In addition to the views of non-nuclear-weapon States, the five NPT-acknowledged nuclear weapon States also demonstrated their commitment to the CTBT in a joint statement which included “efforts to bring the CTBT into force at an early date.” They also reaffirmed their own moratoria on testing, called on other States to the same and confirmed the CTBT as an effective disarmament and non-proliferation measure.

It seems, then, that countries which failed to agree at the Review Conference do come together over the test-ban treaty. However, in light of last week’s outcome, mere words of support without real action are both insufficient and dangerous.

Bringing the CTBT into force is the responsibility of all countries. CTBT State Signatories benefit daily from the CTBTO’s monitoring assets which are at the disposal of the international community to support national security needs.

One advantage of the CTBT is its special mechanism for promoting its entry into force. For the seventh time, States Signatories (even those which have yet to ratify), intergovernmental organizations and non-governmental organisations will convene this September to determine how to achieve this at the so-called Article XIV Conference in New York.

To ensure a robust and effective plan of action, I encourage all parties to consider the following: First, how to engage the remaining eight States required for the test ban to become legally binding so that they sign and/or ratify the CTBT; and second, what specific steps can current States Signatories take to advance the Treaty’s entry into force.

In a complex and constantly changing world, a legally-binding and verifiable prohibition on nuclear testing provides for a degree of stability, and encourages multilateral cooperation and confidence building towards an enhanced regional and international security environment. The CTBT is too important to let the rolling tides of history determine its fate.

The coming weeks and months are crucial for countries to coalesce around the foundational assets within the broader NPT regime which is worth protecting and advancing. We are doing our part. We now look to the international community to step up to the plate and do their part. Together, we cannot afford to miss another opportunity.