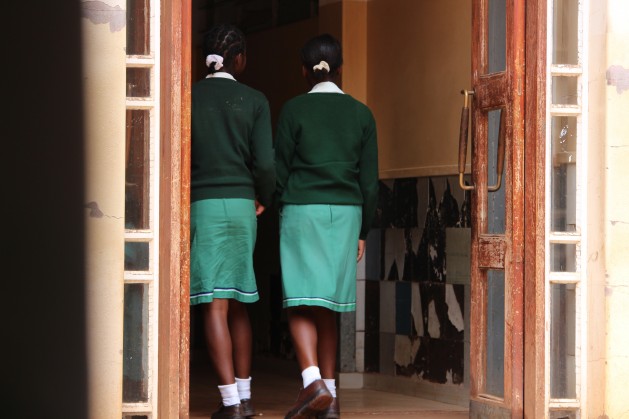 UNITED NATIONS, Apr 11 2016 (IPS) - Calls for low and middle income countries to contribute an additional 6.1 billion dollars to the global HIV response by 2020 could see some vulnerable groups left behind, said HIV activists meeting at the United Nations last week.

A report recently published by UNAIDS, the Joint United Nations Programme on HIV/AIDS, calls for low and middle income countries to increase their funding for the global HIV response by 6.1 billion by 2020, versus only an additional 2.8 billion requested from wealthy countries.

The proposed changes to funding could affect vulnerable groups, including adolescent girls in Sub-Saharan Africa who now make up 74 percent of new HIV infections in the 15 to 24 age group according to UNAIDS.

Annah Sango, from Zimbabwe, a Youth Advisor with the Global Network for Young People Living with HIV told IPS that these figures partially reflect how hard it is for young women to negotiate safe sex, even within a marriage.

Some 2000 girls and young women are being infected with HIV in Sub-Saharan Africa each week, Marama Pala Chair of the international community of women living with HIV global told journalists at the UN here last week.

A reduction in resources could see addressing the complex social and cultural causes of the rise in infections among young women in Sub-Saharan Africa become a lesser priority, said Pala.

Javier Hourcade Bellocq of the International HIV/AIDS Alliance who along with Pala co-chairs the civil society task force at the United Nations said that a reliance on domestic funding could see some vulnerable groups left out.

“The overarching question is would a government in Asia or Latin America be able to provide funding for a female sex worker organisation, for advocacy, for a watchdog (group)? — probably not,” said Bellocq.

However Bellocq said that domestic finances are an important part of a sustainable HIV response and that low and middle income countries have already been slowly increasing their investment.

“Often civil society organisations and activists have been perceived as putting pressure on international donors and wealthy and developed countries where in fact it’s not true, most of our work is putting stress on domestic funding,” he said.

Bellocq said that it was important not to presume that all governments with the same income classification had the same capacity to contribute to the HIV and AIDS response.

The classifications do “not reflect income inequalities and internal debt that many middle income countries currently face,” he said.

Jamila Headley, Managing Director of the Health Global Access Project, told IPS that UNAIDS analysis of the fiscal space used to justify the increased financing from low and middle income countries was based on inaccurate information.

For example, she said, “In Malawi the government has just had to cut several health care workers from the budget because they don’t have funds.”

Headley also said that the proposed changes “undercut our efforts to push governments in the West to support as much as they can.”

The Global HIV response has shown “unprecedented mobilization of solidarity across countries,” she said, “we’ve come so far and so to come to this place where we can actually see an end in sight and to then talk about scaling back that solidarity is hugely disappointing to us.”

In a statement provided to IPS, UNAIDS said that its approach is to encourage low and middle income countries to “increase country ownership by increasing domestic spending on HIV.”

“However, the international community ​​has a responsibility to ensure that ​HIV ​programs​ are able to reach the communities that are most vulnerable to HIV​ ​in countries that have the least ability to fully fund a comprehensive HIV response,” the statement said.

“The rising rates of incidence among women aged 14 to 25 in Sub-Saharan Africa is exactly why we need full funding to support targeted, high impact prevention,” she said.

Pala an indigenous woman from New Zealand living with HIV said that women can sometimes “get lost in the epidemic,” and that the response should be intersectional in nature. But she also said that activism by other more prominent groups affected by HIV has helped women, including herself.

“There is a very strong activism from the key populations and we needed that,” she said. “For myself living with HIV if that didn’t happen I wouldn’t have the medication and be alive today.”