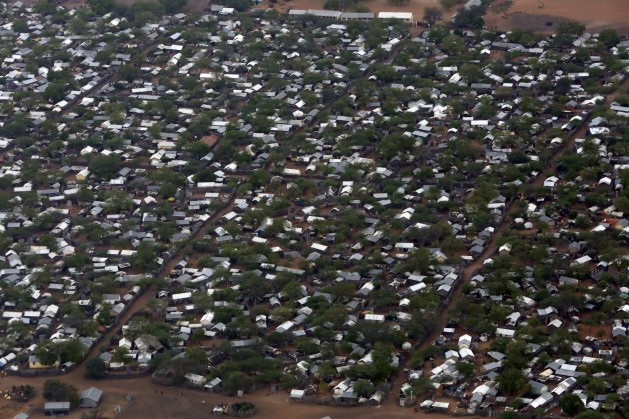 UNITED NATIONS, May 11 2016 (IPS) - The Kenyan government’s decision to close its refugee camps will have disastrous consequences and must be reconsidered, international organisations have stated.

At the end of last week, the Kenyan government announced that the “hosting of refugees has to come to an end”, citing economic, security and environmental concerns.

Currently, Kenya hosts over 600,000 refugees, many of whom are from Somalia and South Sudan. The country is also home to the Dadaab complex, the largest refugee camp in the world.-

The government has already disbanded its Department of Refugee Affairs and is working to close its camps in the “shortest time possible.”

“In a single breath, the Kenyan government recognizes that the Somalis it has been hosting for nearly 25 years are still refugees, but then states it’s finished with them,” said Human Rights Watch’s (HRW) Refugee Rights Program Director Bill Frelick.

Amnesty International’s (AI) Regional Director for East Africa, the Horn and the Great Lakes Muthoni Wanyeki called the decision “reckless” and an “abdication” of its responsibility to protect the vulnerable.

Similarly, Médecins Sans Frontières’ (MSF) Head of Mission in Kenya Liesbeth Aelbrecht said that the move highlights the “continued” and “blatant neglect” of refugees around the world.

The government has already disbanded its Department of Refugee Affairs and is working to close its camps in the “shortest time possible.”

The camp closures mean refugees will be repatriated to their countries of origin.

Aelbrecht stated that in one Dadaab camp alone where MSF works, approximately 330,000 Somalis will be affected and forced to return to a war-torn country with little access to vital humanitarian assistance. Somalia is also facing a drought, exacerbating food insecurity and malnutrition in the country. Approximately 4.7 million people—nearly 40 percent—are in need of humanitarian assistance in the East African nation.

The ongoing conflict in neighbouring South Sudan has also displaced and killed millions, worsened access to food and water, and destroyed schools and hospitals.

Wanyeki said that the forced repatriation would be in “violation of Kenya’s obligations under international law.” Frelick echoed these sentiments, stating that though the threat of Al-Shabab is real, Kenya still has to “abide by international refugee law.” HRW also noted that there is no evidence linking Somali refugees to any terrorist attacks in Kenya.

This is not the first time that Kenya has made such calls.

According to Refugees International, in 2012 and 2014, the government ordered all urban refugees to report to refugee camps. Refugees were subsequently bribed, harassed, physically assaulted and arrested by police.

Though they acknowledged the humanitarian consequences of the decision, the Kenyan government stated that they have been “shouldering” the burden on behalf of the regional and international community.

“As a country with limited resources, facing an existential terrorist threat, we can no longer allow our people to bear the brunt of the International Community’s weakening obligations to the refugees,” said Kenya’s Minister for National Security Karanja Kibicho in an editorial.

He noted that there has been a fall in international funding and lack of commitment to resettlement, partly due to a magnified focus on the refugee crisis in Europe.

“The world continues to learn the ruinous effect of these persistent double standards,” Kibicho stated.

In response to the government’s concerns, the UN Refugee Agency (UNHCR) noted the “vital” role Kenya has played as one of the frontline major refugee hosting nations.

Organisations including Oxfam and the International Rescue Committee also acknowledged the “hospitality” and “responsibility” that the Kenyan government has borne over decades in a joint statement.

“The NGO community is committed to continue supporting the Government of Kenya in the search for long-term and sustainable solutions for refugees,” the statement says.

The joint statement calls on the international community to provide predictable and sufficient financial support to Kenya’s refugee programmes and to expand resettlement quotas.

The joint statement, along with UNHCR and MSF, also called on the government to reconsider its decision.

Aelbrecht stated that Kenya, alongside the international community, must continue providing humanitarian assistance and ensure adequate living conditions for the thousands “who desperately need it.”

Wanyeki, while recognizing the slow resettlement process, also urged the government to consider permanent solutions towards the full integration of refugees.

“Forced return to situations of persecution or conflict is not an option,” she concluded.