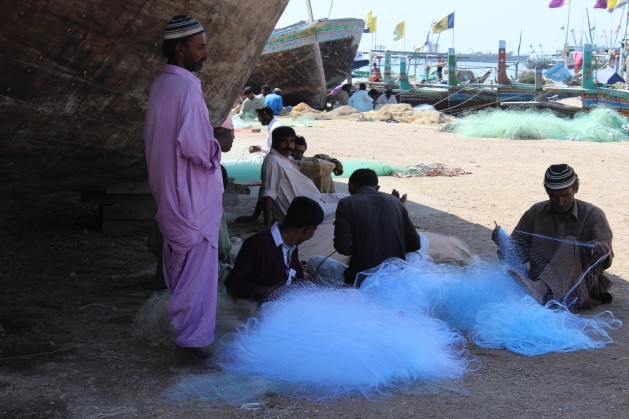 UNITED NATIONS, May 27 2016 (IPS) - A new international accord to tackle illegal and under-reported fishing will come into force on June 5.

Under the Port States Measures Agreement (PSMA) governments will be required to inspect foreign fishing vessels that dock in their ports.

“The vessels themselves have the obligation to prove that their condition and the catches that they have on board are in fact taken legitimately,” Matthew Camilleri, the Food and Agricultural Organisation (FAO)’s chief shepherd of the Port State Measures Agreement told IPS.

“If there is a closed season for swordfish and this vessel is coming in with swordfish than that is going against the management plan and therefore that is illegal,” he said.

One of the fish that has suffered from the poor management of fish stocks is the Pacific Blue Fin Tuna. The fish is now at just 2.6 percent of its historical population size. Although the fish has dwindled to such low numbers, governments continue to set fishing quotas for the fish which exceed scientific advice, says Wilson.

“They continue to manage it at levels higher than the scientific advice and so they just watch some of these species continue to decline – knowing what they need to do to turn it around – but unable to make those difficult decisions to do that.”

“They continue to manage (fishing) at levels higher than the scientific advice and so they just watch some of these species continue to decline - knowing what they need to do to turn it around - but unable to make those difficult decisions to do that. -- Elizabeth Wilson.

Once the quotas are set, governments must ensure that they are adhered to, however this also is not happening, noted Wilson. One way that the quotas are being exceed is through illegal, unregulated and unreported (IUU) which the FAO  says accounts for up 26 million tonnes of fish worth nearly 23 billion US dollars caught every year.

57 countries (including the European Union) have already signed up to the PSMA, which Camilleri says at a minimum will mean that vessels engaged in illegal fishing will be forced to travel further to land their fish or refuel.

“It promises to be very effective as long as there as many countries as possible on board, so many that doors are closed, and they implement what they have committed themselves to doing,” he said.

“Vessels do have to come into port at one time or other therefore instead of hunting the bad guys around on the high seas and pursuing them which may be costly … you are waiting for the vessels to come into your port (which) makes it cost-effective and efficient.”

Camilleri noted that regulating illegal fishing is particularly challenging for some developing countries.

“The most vulnerable countries to IUU fishing are developing countries which do not have adequate resources or know-how to combat, monitor, control,” he said.

For this reason FAO plans to increase its work with developing countries to help them better regulate illegal fishing, although he noted that this is subject to funding.

Developing countries can also be among the most affected by overfishing.

Pacific Island Countries are particularly vulnerable to overfishing, noted Wilson, since many other countries sending fishing vessels long distances from their own shores to exploit the high seas of the Pacific Ocean.

“Pacific Islanders are very culturally tied to the oceans and have made their livings off oceans for a very long time so it is a very important resource for them,” she said. “It’s economic, it’s a food source, it’s also a way of life.”

Fishing operations are also becoming increasingly industrial in size and many traditional fishers are finding their livelihoods are disappearing.

“There is definitely a risk to some of these small scale fishermen of these fish being gone and if we sustainably manage species it ensures that those fish will be there to catch for generations to come,” said Wilson.

Global fish stocks are also under pressure from poor practices within the fishing industry, noted Camilleri.

“There is a lot of waste in fisheries not least there are a lot of fish that are discarded out of sea because they are not very valuable,” he said. “Developing states need to be better trained better placed to make use of almost 100% of the fish that are caught.”

Marine debris is another threat to international fish stocks. According to a report released by UN Secretary-General Ban Ki-Moon in March some estimates suggest that the plastic in the ocean with outweigh fish by the year 2050. Fish are also being killed by ghost fishing, which is when they get caught up in discarded fishing tackle and nets, the report said.

The PSMA will also help governments to detect other illegal activities on ships, Camilleri added.

“It will provide an opportunity to inspect the working conditions on board for example, so one can check on whether there is forced labour for example, to check on the smuggling of other goods, … many times IUU vessels are engaged in smuggling drugs, smuggling arms, human trafficking.”