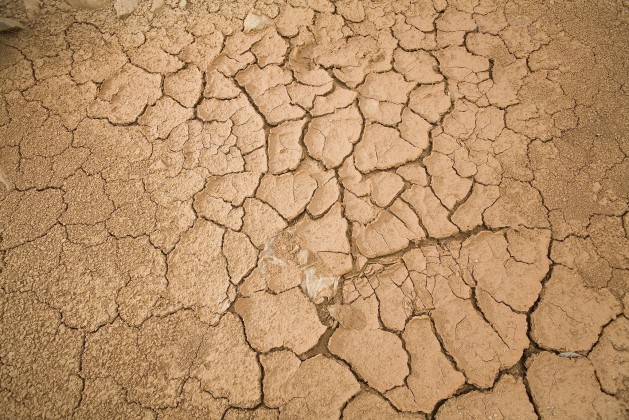 UNITED NATIONS, Oct 19 2016 (IPS) - Farmers are already experiencing the effects of climate change but can also help to fight it, according to a new report released by the UN Food and Agriculture Organization (FAO).

“All farmers have to both adapt to climate change and will have to make a contributions to mitigate the emissions coming from agriculture,” Rob Vos, Director of Agricultural Development Economics at FAO told IPS.

“The good news,” he added, is that a lot of the techniques farmers can use to adapt to climate change will also help to reduce their emissions, and vice versa.

The 2016 State of Food and Agriculture report focuses on the links between climate change, agriculture and food security.

The agriculture sector, including forestry, fisheries and livestock production, is responsible for producing around one fifth of the world’s greenhouse gas emissions.

Some of the biggest effects come from deforestation, including land that is being cleared to feed the world’s increasing demand for meat products.

However while farming contributes to climate change, the world’s 500 million smallholder farming households, who often only produce enough food for their families to survive, will be among the worst hit by a changing climate.

Weather, including rainfall is becoming “much less predictable,” said Vos, “effecting farmers quite dramatically so they don’t know what to expect.”

For example, he said in parts of Latin America and East Africa, an entire year’s worth of rainfall is now falling in just two weeks, “then the rest of the year you have no rainfall at all,” he said.

Rising temperatures are also leading to the spread of pests and diseases, he noted.

Farmers are also not the only food producers being hit by climate change.

“(There are) tropical fish that are showing up in northern waters, even up to Iceland,” Vos told IPS.

Reducing pressure on the natural resources that food producers depend upon also means addressing waste and consumption, Vos added.

“The solutions should not just be with the farmers – we should look at (the) whole food systems at large.”

The report also noted that changes in diet, including increased demand for protein from meat, have put added pressures on the environment.

“Rebalancing diets towards less animal-sourced foods would make an important contribution in this direction, with probable co-benefits for human health,” said the report.

Aditi Sen, Oxfam America’s policy advisor for climate change told IPS that the new FAO report includes details about how countries can implement their commitments related to agriculture under the Paris Climate Agreement, which is soon to enter into force.

“There hasn’t been much attention to how these climate commitments around agriculture will be implemented, so it’s really good to see that highlighted and reflected in this report,” said Sen.

“By and large, if you look at the food system as a whole and where the emissions are coming from the big responsibilty for really mitigating those emissions really lies with the big agri-businesses and the industrial players in the sector and not small holder farmers,” she said.

Crops such as soy and palm oil, she noted are some of the biggest contributors to agricultural greenhouse gases and primarily grown by agribusinesses.

Whereas, large scale cattle production, is also driving climate change not only due to methane emissions from livestock, but also because of the clearing of land to produce feed for farmed animals, she said.

One notable exception is rice, a staple food crop for billions of people, which is primarily produced by smallholder farmers.

“Rice is actually one of those commodities that has a very high greenhouse gas footprint … and it is also a commodity that is primarily produced by smallholder farmers,” noted Sen.

The excess use of chemical fertilisers on rice paddies is contributing to this problem, the report notes.

There is a need for more data to better understand the different greenhouse gas emissions produced by smallholder farmers versus big agribusiness, noted Sen.