Trump to Pull Out of the UN, Expel It from the US? 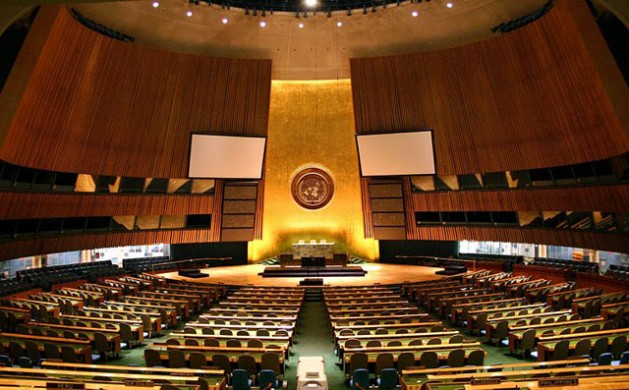 ROME, Jan 24 2017 (IPS) - So far, Donald Trump’s first decisions as president of the United States have left no doubt that he intends to implement his electoral threats, while most likely not fulfilling the promises he made as a candidate.

According to the Congress website, H.R. 193 — known as the American Sovereignty Restoration Act — was introduced to the House on January 3 and referred to the Committee on Foreign Affairs.

While its official title says it seeks to end membership in the U.N., there are several other key components of the bill which include: ending the 1947 agreement that the U.N. headquarters will be housed in the U.S., ending peacekeeping operations, removing diplomatic immunity, and ending participation in the World Health Organization.

Should the bill pass, the Act and its amendments will go into effect two years after it has been signed.”

During a UN briefing on Jan. 23, a correspondent noted, “There is a call from the US Congress by five… resolution drafted by five or six congressmen calling on the United States to withdraw its membership from the United Nations.” 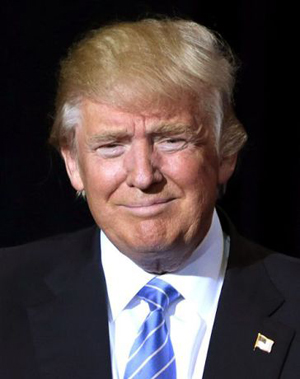 The UN Spokesman answered: “We’re not going to comment on draft legislation that is floating around a legislative body.”

So such draft legislation is there.

More explicitly, a US academic, a professor of politics who closely monitors US-UN relations, told IPS the proposed legislation is “real.”

“But it only has six sponsors at this point (a handful of far right and libertarian Republicans), so I doubt it will get very far.”

Regardless of the number of sponsors and if and when it would pass or not, the fact is that the Trump administration’s intention to withdraw from the world’s multilateral body could easily be implemented.

In fact, it would be enough that Washington refrains from paying its share in the UN budget – or even just delaying it — to make the whole structure collapse.

This would happen at one of the worst moments for the United Nations’ finances. The world body is, in fact, now bankrupted. Day after day, its agencies – from the children’s fund to the refugees agency — launch desperate appeals for funds to meet the ongoing unprecedented humanitarian crisis.

Moreover, an eventual US withdrawal would leave the UN in the hands of big private corporations. Actually, several transnational private businesses have over the last few years been among the major UN humanitarian operations’ funders.

Such a scenario would lead this unique multilateral system to be run by big business pundits. This risk should not be discarded, as the UN would in this case provide a needed “legal” coverage to their actions, whatever these would be.

In other words, the UN de facto is already being transformed into a private corporation, funded and guided by big private business that needs to keep its formal, legal umbrella wide open to handle everything… legally.

The UN? Just a Club!

President Trump’s thoughts regarding the UN were summarised in one of his tweets, in which he wrote: “The UN has such great potential but right now it is just a club for people to get together, talk, and have a good time.”

But that “… get together, talk and have a good time” is certainly not the case for the millions of women and girls who make up 71 per cent of all victims of human trafficking, as reported just a month ago by the United Nations Office on Drugs and Crime (UNODC). Let alone the fact that children make up almost a third of all human trafficking victims worldwide.

Neither is it the case for the one third of women aged 20 to 24 who were child brides, nor that every 10 minutes, somewhere in the world, an adolescent girl dies as a result of violence, as stated in UNICEF’s Statistics and Monitoring report released in July last year.

Not to mention the 2.4 billion people who lack access to improved sanitation, including 946 million who are forced to resort to open defecation for lack of other options, and that 16,000 children die every day, mostly from preventable or treatable causes.

All these victims of human rights violations, which have been often perpetrated by US-led military coalitions and/or other members of the UN Security Council, and have been suffering the direct of indirectly consequences of massive war interventions, have so far depended on the UN assistance.

Maybe it would be right to remind here that many key United Nations bodies were created seven decades ago mostly to provide humanitarian assistance to millions of victims of the European conflict that became World War II.

UNICEF, for instance, aided up to five million European children.

Who Would Host the World Body?

Then comes a second point: which country would eventually host the United Nations, should the proposed bill end the 1947 agreement that the U.N. headquarters be housed in the US? And who would afford replacing the US contribution to its budget?

The US shoulders 22 per cent of the world body’s budget in exchange for a non-written pact that an equivalent percentage of key, decision-making staff would be appointed by the US administration.

None of the current major contributors to the UN budget would clearly be able to replace the US share, plus its own.

Moreover, European powers are still facing the consequences of the financial crisis that was created in 2007 by giant private financial corporations based in the US and Europe.

Add to this the fact that they are all now witnessing a growing scenario of the rise of right-wing, ultra-conservative, xenophic, nationalist, and populist parties who clamorously cheer Donald Trump’s ascension to power.

In short, Trump seems to be seriously determined to carry out his electoral threats, while failing his populist promises.

To start with, his decision to trash the Patient Protection and Affordable Care Act (PPACA), or the so-called Obamacare, a health care system which was enacted by President Barack Obama on March 2010.

Under this Act, hospitals and primary physicians would transform their practices financially, technologically, and clinically to drive better health outcomes, lower costs, and improve their methods of distribution and accessibility.

That Act was abolished on Trump’s first business day, threatening the health benefits of millions of US citizens, who he promised to place at the top of his priorities.