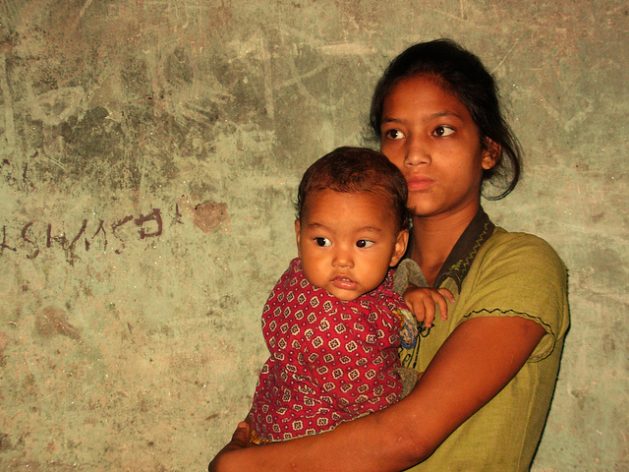 UNITED NATIONS, Jun 30 2017 (IPS) - The benefits of ending child marriage are many—boosting a young girl’s morale and increasing her chances of education and work, and by that virtue, curbing high population rates in developing economies and boosting growth.

Still, more than 15 million children, under 18 years of age, are married each year.

A new study published by the World Bank and the International Center for Research on Women (ICRW) estimates that from now until 2030, the largely outlawed practice of child marriage is going to cost developing countries trillions of dollars.

“We haven’t seen real investments needed to end the practise. Policy makers have increasingly acknowledged child marriage as a human rights abuse, but we didn’t have a sense of the economic impact, which we thought might spur increased funding by donors and governments,” Suzanne Petroni, one of the lead authors of the report, told IPS.

In the Republic of Niger, for instance, 77 percent of women between the ages of 18 and 22 were married before they turned 18.

Given the high numbers, Niger also stands to curb its population growth by as much as 5 percent if it ended the practice, and trigger growth of 1.7 billion dollars in additional welfare, 327 million in savings to the education budget, and 34 million through reduced infant mortality.

Globally, the amount adds up to 500 billion dollars, picked up by related benefits—fewer instances of malnutrition, for example—by the end of 2030.

“Many countries have laws on the books. In Bangladesh, for instance, half of the girls are married before 18, even though the country has banned child marriage since 1929. So clearly, laws are not sufficient to create change,” Petroni explained.

Besides the glaring benefits of a surge in economic growth in developing countries, ending the practise will ensure better prospects for young girls— better education, higher incomes, and finally, as better decision makers.

In fact, child marriage and higher school dropout rates hamper the chances of earning better wages by 9 percent on average.

The UN aims to abolish the practise by 2030, as a part of its broader mission to achieve the Sustainable Development Goals (SDGs).