GENEVA, Sep 5 2017 (IPS) - Extreme poverty remains one of the world’s biggest challenges. According to the United Nations, 767 million people live in extreme poverty around the world. Although world society has managed to lift nearly 1 billion people out of extreme poverty – in 1999 it was estimated that 1.7 billion were affected by extreme poverty – the unprecedented rise of conflict and of violence in the Arab region has worsened the socioeconomic situation of vulnerable population segments in many countries. On 22 February 2017, the Under-Secretary-General for Humanitarian Affairs and Emergency Relief Coordinator of the United Nations –Stephen O’Brien – stated to the United Nations Security Council that 67% of the population in Syria is living under conditions considered as extreme poverty. In another Arab country affected by war and conflict – Yemen – the World Bank estimates that poverty affects 62% of the population, whereas the World Bank’s estimates this number to be at approximately 22% for Iraq or even as high as 40% in territories controlled by DAESH. Inevitably, conflict and violence have worsened the situation in the Arab region. 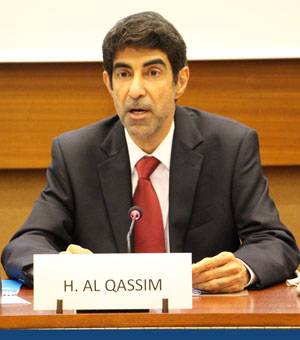 The 2017 World Charity Day is an opportunity to highlight the potential for an increased role by charity organizations and philanthropies in eradicating poverty worldwide through volunteer work and charitable activities. The founder of Microsoft, Bill Gates is an encouraging example of a wealthy businessman who has devoted his life to addressing poverty and humanitarian issues through the Bill and Melinda Gates Foundation. The think tank, According to Purpose in Action – specialized in enhancing donor contributions – estimates that the “annual global charitable giving amounts” is at least USD $410.71 billion a year. Put in a wider context, the amount given annually for charitable causes is higher than the nominal GDP of countries such as of the United Arab Emirates (USD 407 billion), Norway (USD 391 billion) and South Africa (USD 317 billion).

The Charities Aid Foundation World Giving Index for 2016 – measuring charitable activities in 140 countries – show that charitable causes motivate people from all over the world to contribute to advancing common causes and address poverty. Countries from the Arab region score high in this index: The United Arab Emirates and Kuwait were among the leading countries in the world that promoted charitable causes. When the survey respondents were asked whether they would participate in helping a stranger, 81%, 79% and 78% of the respondents in Iraq, Libya, Kuwait respectively stated that they would commit themselves to help someone in need. Helping people in need is inherent to the spirit of the Arabs and is in line with the teachings of the Holy Quran in which Muslims are obliged to give Zakat – charity to the poor in specific amounts. Surat Al-Isra from the Holy Quran [17:26] says:

“You shall give the due alms to the relatives, the needy, the poor, and the travelling alien, but do not be excessive, extravagant.”

The war in Syria has had a tremendous negative impact on the civilian population. More than 12 million people have been forced on the move. Although countries from the Gulf Cooperation Council (GCC) have donated significant funds to alleviate the miseries of the Syrian people, the real impact is delivered through the active involvement of NGOs, IGOs, UN entities and grass-root movements working on the ground. According to the latest donor report provided by Islamic Relief USA, more than 9 million people have benefited from charitable contributions channelled through this organization. The International Rescue Committee has also assisted more than 1 million Syrian civilians in need of aid and support. Other relief organizations – such as the United Nations High Commissioner for Refugees and the International Organization for Migration – are working tirelessly to provide support to Syrians desperately in need of humanitarian assistance.

The war in Yemen is another example of a country that has benefitted from the goodwill of charities working to alleviate extreme poverty and to provide humanitarian assistance to the civilian population. The ongoing famine in the country is currently affecting up to 17 million people. In response, Saudi Arabia allocated USD 66.7 million to UNICEF and WHO in June this year in response to the cholera outbreak in the country. Other countries in the region, such as the United Arab Emirates has disbursed over USD 2 billion in humanitarian and in development aid – for the period of 2015 – 2017 – to Yemen and USD 200 million for Palestine partly through charities.

These examples show that charitable organizations and governments can work jointly to provide assistance and protection to Syrian and Yemeni civilians living in extreme poverty and distressing situations in their respective countries. It also indicates that charitable organizations can play the role as a mediator – without being regarded with suspicion by the belligerents – in offering assistance to the civilian population on the ground.

Although the praiseworthy activities of charities contribute to alleviate poverty in the short-term, identifying a long-term solution to address extreme poverty requires a more holistic and inclusive approach to deal with its root-causes. Peace and stability in the Middle East need to be restored so as to accelerate economic growth and to enable societies to stand on their feet. The implementation of unilateral coercive measures on countries affected by war continues to further exacerbate poverty, curb economic growth and destroy the middle class whether in Syria or in Gaza. The return to peace is the first required step.