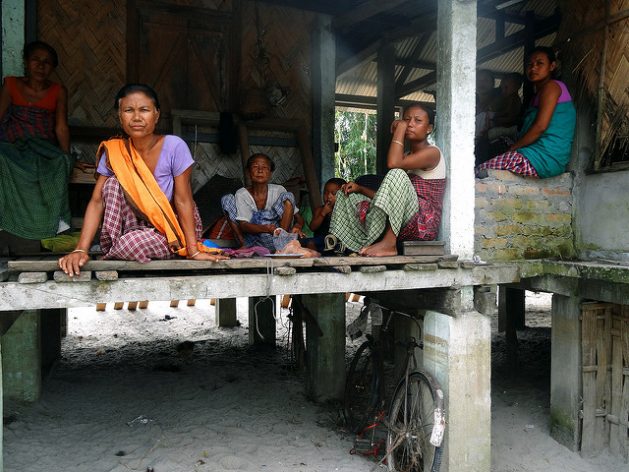 NAIROBI, Kenya, Mar 5 2018 (IPS) - When Mandelena became a mother, she was only 16. During the prolonged dry season in Gwor County, South Sudan, her community saw crops failing and cattle dying. Children stopped going to school because of hunger and women and girls had to walk up to five hours every day to collect water.

When the effects of climate change don’t present themselves as emergencies that grab our attention on the evening news, but rather as slow-onset changes in landscapes and livelihoods, the most severe social consequences are for women and girls first.
• Being in charge of domestic fuel and water provision, women and girls have to walk farther to find these threatened resources. More and more unpaid hours are spent, which could otherwise have been spent on remunerative tasks or in school.
• Every year, indoor air pollution kills 4.3 million people, most of them women and children, because three billion people rely on inefficient cooking technology, such as wood, charcoal or animal waste.