Why Milk, Meat & Eggs Can Make a Big Difference to World’s Most Nutritionally Vulnerable People 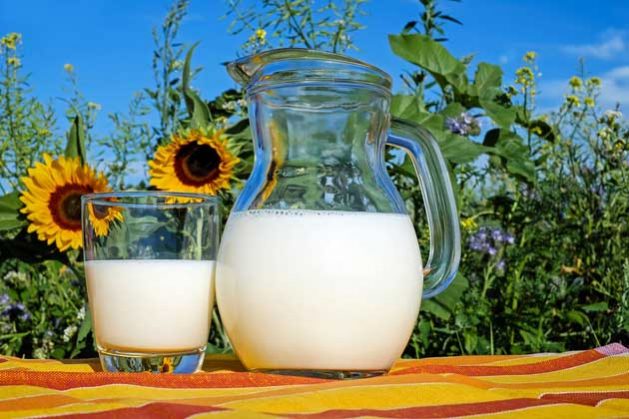 ADDIS ABABA, Ethiopia, Jun 1 2018 (IPS) - As the world becomes increasingly aware of the growing demands being made of our planet, more and more of us are making lifestyle choices to reduce our negative environmental impact and carbon footprint.

Understandably, this has led to calls for changes to our diets, including reducing the amount of livestock-derived foods, such as meat, milk and eggs, we consume.

However, a new, extensive review of research published today (JUNE1) has found that these foods can make an important difference to nutritional well-being in the first 1,000 days of life, with life-long benefits, particularly in vulnerable communities in low-income countries.

The report, by the International Livestock Research Institute (ILRI) and Chatham House Centre on Global Health Security, highlights the unmet potential for food from livestock origin to contribute to better health and nutrition when included in the diets of pregnant and breast feeding women and their infants in resource-scarce settings.

Despite progress to tackle poor nutrition in children’s early years, undernutrition remains high, with one in four children under five in the world reported to be stunted in 2014, according to UNICEF. Deficiencies in key micronutrients, such as iron, vitamin A, iodine and zinc, are also common among children and pregnant women in low- and middle-income countries.

The research demonstrates that modest consumption of livestock-derived food in the first 1,000 days of life, particularly where other good sources of micronutrients and vitamins are scarce, is an important option to improve a child’s prospects for growth, cognition and development.

This is particularly relevant in countries in Africa and South Asia where undernutrition is highest and where consumption of livestock-derived products is commonly reported to be very low among poor families.

Livestock-derived foods are among the richest and most efficient sources of micronutrients, macronutrients and fatty acids needed by humans. For example, although spinach has a lot of iron, a woman would have to eat eight times more spinach than cow’s liver to get the same levels, because it is presented in liver in a more ready-to-use chemical form.

Based on our findings, global efforts to reduce the consumption of meat, milk and eggs to try to address environmental concerns should not be applied to pregnant and breastfeeding women and babies under the age of two (within the first 1,000 days of life), especially in regions where other sources of protein and micronutrients are not readily available and where diets lack diversity.

What this means is that we must ensure that movements in the Global North towards plant-based diets in the name of environmental sustainability do not lose sight of the nutritional needs of the most vulnerable groups of the next generation, in particular where poverty in the Global South gives people fewer food choices.

The report also shows that the total amount of livestock-derived food required to meet the nutritional needs of all infants in low-income countries throughout their first 1,000 days is low compared to the levels of current total global consumption of these foods.

A more equitable distribution of these foods is therefore needed and should be encouraged for these vulnerable populations, even if measures are taken to slow livestock production in industrialized countries, where many people are putting their health at risk from overconsuming meat and other energy dense foods.

Among our report’s recommendations is a call to increase the availability and affordability of safe livestock-derived foods in low- and middle-income countries when social and cultural norms permit, as well as to better align nutrition, health, livestock and sustainability policies at national and international levels.

Ultimately, the health and environmental concerns of producing and overconsuming livestock-derived foods, particularly in high-income countries are legitimate, but these should not be a reason to limit nutritional choices for the undernourished in poorer countries.

It would be irresponsible, and unethical, to fail to better utilise existing livestock resources to improve the diets of undernourished children and new mothers.