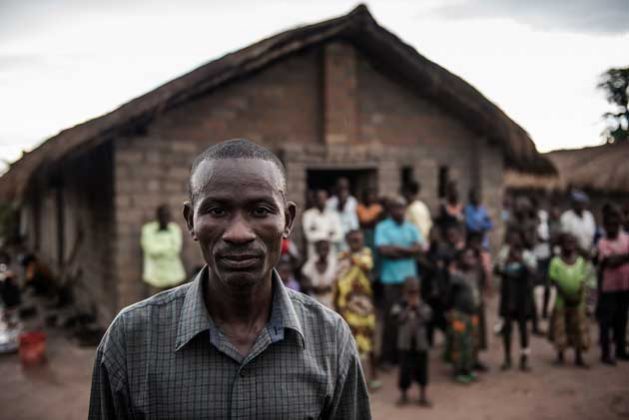 A group of displaced men, women, and children find refuge at a church on the outskirts of Nyunzu village in eastern Congo. Pastor Mbuyu (pictured) looks after them. Credit: NRC/Christian Jepsen

UNITED NATIONS, Jun 13 2018 (IPS) - Conflicts have uprooted millions across several African nations and we must not forget them, said a human rights group.

Norwegian Refugee Council’s (NRC) timely message was published through their annual list of the worlds most neglected displacement crises.

“It’s a sad pattern that we are once again seeing that the crises on the African continent seldom make media headlines or reach foreign policy agendas before it is too late,” said Secretary General of the Norwegian Refugee Council Jan Egeland.

This year’s results found that six of the worlds 10 most neglected conflicts are found in Africa.

The Democratic Republic of the Congo (DRC) – where years of civil war have displaced more than 5 million people – topped the list.

But why are such conflicts so neglected?

Lack of political and diplomatic will is among the NRC’s major concerns.

“We – the West – are good at turning a blind eye when there is little geopolitical interest for us,” NRC’s spokesperson Tiril Skarstein told IPS.

“The countries on the list are often considered less strategically important, and that’s why there’s no international interest in finding a solution,” she added.

Skarstein explained that in some countries, the opposite is the case, where there are many actors with conflicting political interests taking part in the conflict. Such are the cases of Yemen and Palestine, where political gains are put before the lives of civilians.

The lack of political will to work towards a solution is one of three criteria on which a crisis is measured in order to be included on the list.

According to the NRC, the plight of African refugees is also consistently too far removed from the ‘consciousness of the west’ as their stories fail to be told in Western news and media.

If they are, they certainly are not being covered as as much as other humanitarian conflicts in the world.

Expanding on this point, Skarstein drew comparison between Syria and the DRC where the number of people in need of humanitarian assistance in both conflicts is approximately 13 million.

“Many people wouldn’t know that. Why? Because the two have had vastly different levels of international exposure,” she told IPS.

Since many of the refugees from the Syria have fled the Assad regime via Europe, many in the West have been forced to “confront and come to terms with their plight.”

“We are literally seeing these people arrive on our doorsteps. In the media, their story in chronicled, tv, online, on social media. And when people get to see others and know their situation people have a tendency to care and act,” Skarstein noted.

“They are not arriving on tourist beaches. Crossing one African border to another doesn’t generate the same level of exposure,” Skarstein said.

Because of the lack of political will and media attention, many of African crises also end up struggling to access humanitarian funds.

“Crises that are given little international attention and are seldom mentioned in the media, are also often declined the financial support needed to meet severe humanitarian needs,” Skarstein told IPS.

DRC is currently the second lowest funded of the world’s largest crises with less than half of the US$812 million aid appeal met.

A further problem is ‘donor fatigue’, a phenomenon whereby the longer a conflict goes on, the harder it is to attract the necessary funding from donors.

“You have conflicts raging for years, sometimes even decades – you get people thinking it’s a hopeless case, it’s all over. We need to fight that,” she said.

So what can get these African conflicts off the most neglected list?

The NRC says the most important thing is for donor states to provide assistance on a needs basis rather than a political one.

“Exposure is so critical, that people be heard and listened too is key. The more we speak up about these crises and the more we see of them, the more that can be done,” Skarstein said.

And this list should serve as a reminder to all.

“Just because we do not see these people suffer, it does not make their suffering any less real…importantly, it does not absolve us from our responsibility to act,” Skarstein concluded.

Violence escalated in several parts of the DRC in 2015, forcing almost 2 million people to flee their homes in 2017 alone.

Among the other countries to make this year’s “World’s Most Neglected Displacement Crises” list is the Palestinians territories, Myanmar, Yemen, Venezuela and Nigeria.